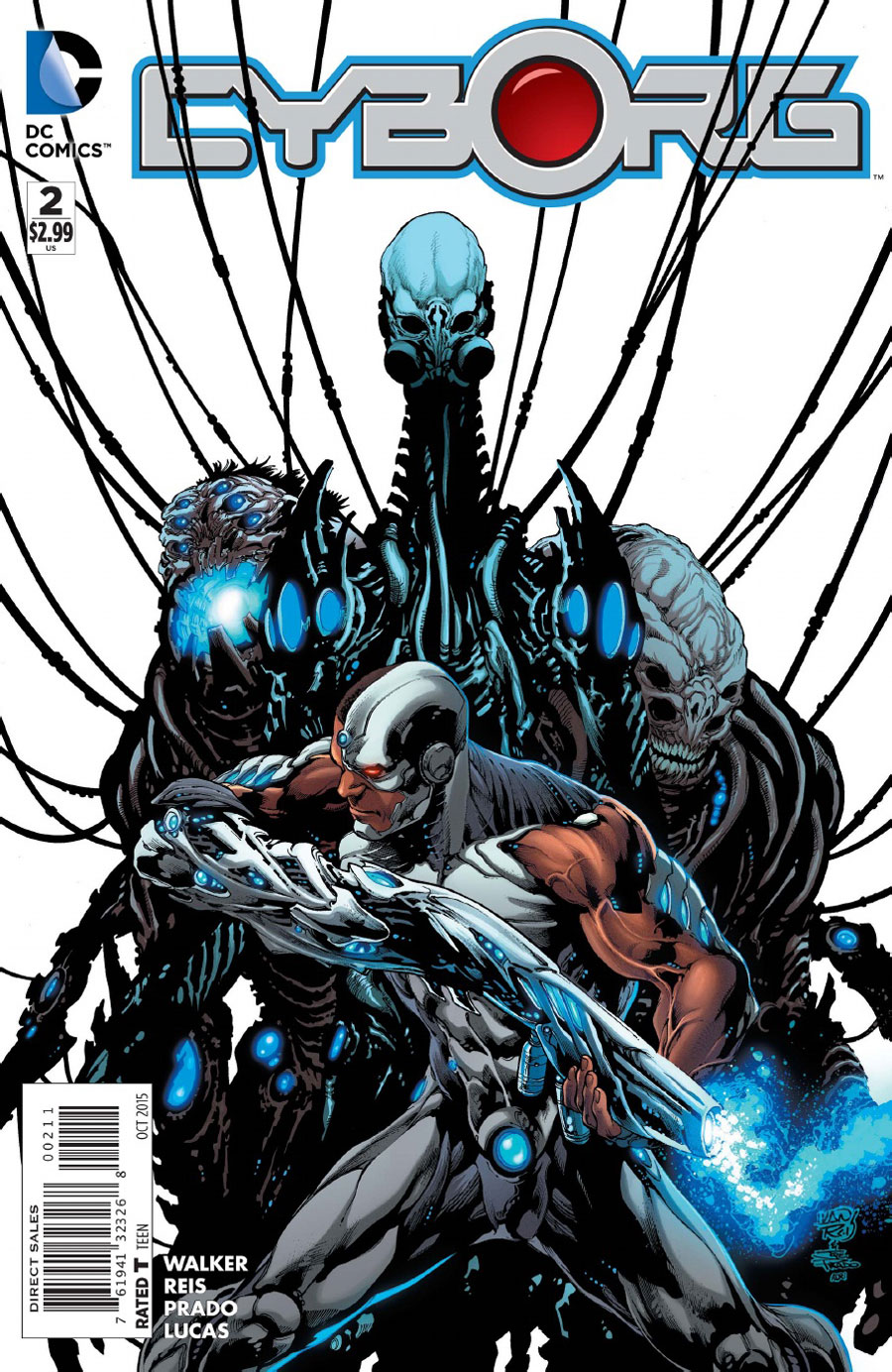 Does Victor Stone sleep? And if he does, what does he dream about? Nothing good, it seems. As Vic starts to get a sense of the danger he’s facing from the outside, he’s also just beginning to explore what’s happening to him on the inside. Both threats are looking to be his biggest challenge yet.

Walker clearly knows how to pack the emotions in without losing a sense of pacing and progression. Even more than the previous two stories, issue #2 feels like it’s giving us everything we need to know about who Cyborg is and progressing the plot with more explanation than we had gotten so far. And Victor is more complicated than you’d think, but part of that is because of how incredibly human he is under Walker’s direction.

That’s not to say a half-man, half-machine is any more difficult to make human than any other character. It is to say that delivering any super-hero as this deliberately human is rarer than you’d imagine at first thought. We see bravado. We see determination. But we also get to see wistfulness and loneliness, but not of the brooding variety. One of my favorite scenes is of Victor talking to his cat, who is both devoted to him and completely disinterested a moment later. So cat. But it’s Vic’s interactions here that make him so vulnerable without overplaying the moment.

So too as Cyborg hits S.T.A.R. Labs and makes a point of putting the scientists — his father included — in their place. “This is my body.” He knows it better than anyone, and he’s not going to stand for someone else telling him what it should or shouldn’t be. It’s an interesting thought to follow through, particularly in light of the secondary arc regarding body shops: how much is Cyborg a product of disability and how much of opportunity? Is he who he is because of the tech or despite it? Or both? And how much of that then provokes questions of ableist privilege, a factor already coming into play in the previous issue? I’ll be interested to see how this plays out.

Reis, Prado, and Lucas once again deliver an outstanding issue, supporting Walker’s deep sense of Victor’s humanity while still making the tech he is shrouded in super slick and cool. The close-up of Vic’s hand and face on page 3 is just so awesome, with every little detail mapped out like a blueprint and even a little spark coming off Cyborg’s face plate making it into the panel.

Throughout the issue, Victor’s body language and face exudes happiness and irritation, pride and self-doubt, but never anger for what he’s experiencing. Again, it’s not just that anger would be understandable for a cybernetic man experiencing a loss of his original physical self. It’s that anger is one of the easiest emotions for an artist and writer to jump to in any story, while doubt and irritation — while seemingly less strong — are much more difficult to convey.

Ultimately, however, Reis and Walker pull off the subtleties in Cyborg #2, giving us one of the most fully realized super-heroes of our time. And that is so appropriate. We’ve been waiting forever for Cyborg to be elevated to THE premier hero in the DC Universe. Not just the premier Black hero (although he is certainly that, and I adore the Black Vulcan appearance more than any man should), but the premier hero. Period. He’s got Superman and Batman beaten in the humanity and compassion department five times over.