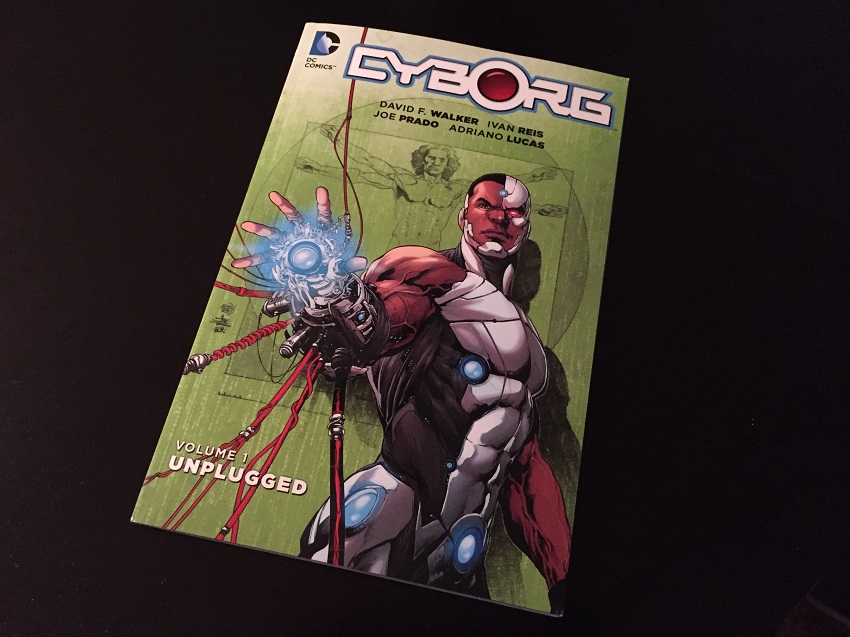 Cyborg, the last remaining member of the Justice League without his own ongoing series, is granted one by DC Comics with the DCYou initiative. David F. Walker and an army of artists come out swinging with this one, giving Vic more of a fiery personality than I’ve ever read that entertained me, despite some issues.

Walker’s mission with this first arc is definitely to look at the balance of machine and man within Vic Stone. That’s a big theme with Cyborg, as it should be, but Walker does a great job of examining it without flogging the story to death with it. The battle in Vic is always there, and often highlighted by the surrounding characters, but Walker lets that storyline grow organically through other events. He cooks up some new villains that are Cyborg specific, which is a nice treat, and pulls in a group that became favourites of mine during Forever Evil for some good fun (and no, I don’t mean any Justice League members). By keeping the Justice League largely at bay for the arc, Walker is able to focus in on Vic, which is exactly what people reading Cyborg want. He’s not just a supporting piece of the Justice League, he’s a hero in his own right and was really nice to read Walker giving him the room to own this book. This all may seem silly to discuss being that this is obviously Cyborg’s book and he’s the titular character, but we’ve all read comics where the main character is overshadowed by outsiders of higher prestige and I’m glad that didn’t happen with Cyborg.

Walker’s dialogue is what really worked best in this volume for me. He keeps Vic’s voices consistent throughout the volume and gives the character a lot more spunk than I’ve seen in the past. He’s brilliant, somewhat stoic and has a lot going on in his head, but what I had never seen before was some humour and some ego. Both traits work very well for this character and Walker built a very solid voice for Vic here. His supporting characters are well rounded for the roles they play, as well, and overall Walker’s writing is really what makes this volume work. 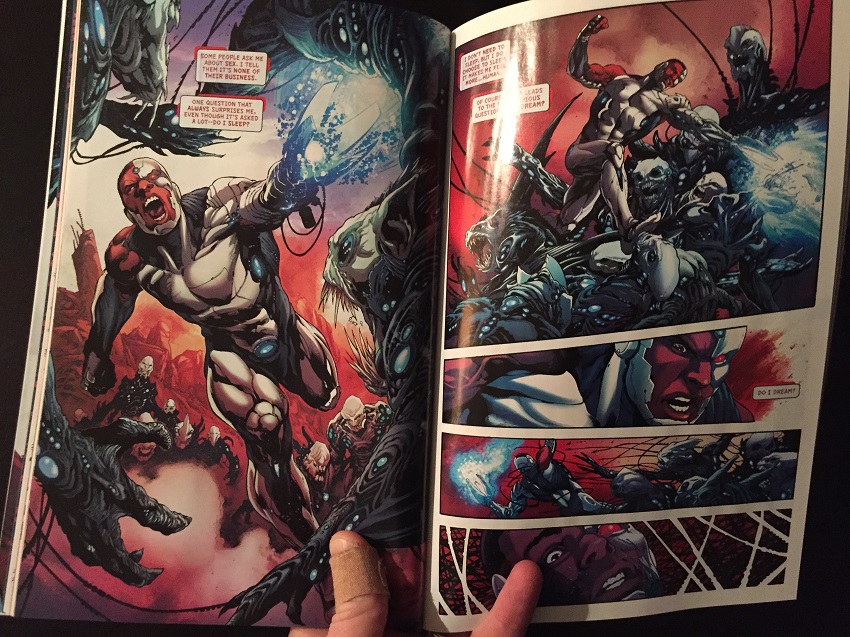 Reading that line you may be wondering if I’m about to unleash a negative tirade about the artwork or not. While I didn’t hate the artwork, I was somewhat underwhelmed at a lot of points in this volume, especially as the volume progressed. DC made a lot of people very happy when they announced this book would be penciled by Ivan Reis, but as you can see in the creator credits above, there were a few more hands in the pie for Cyborg Vol. 1. When Reis is on his game, the pencil work is solid. When Reis is is working with a dozen inkers and splitting issues with other artists, the volume becomes a lot more generic. At points it feels like Reis may have been focused on something else as the usual magic we see from his work isn’t here and a few mediocre pages are all we see from him in some issues. The fill-in artists aren’t bad and there are not a lot of points in this volume where I would call the art bad, but it is very generic and does not match the quality of Walker’s writing. You match that kind of writing with some fiery, sharp artwork and you’ve got the recipe for one hell of an arc, but in the end Walker’s script was paired with some run-of-the-mill cape pencils for a book that didn’t look as good as it could considering some of the wild stuff that was happening at points.

Cyborg Vol. 1 didn’t get the hardcover treatment, so trade waiters have a standard 6 issue trade paperback here. Other than the issues, all there is for supplemental materials is a variant cover gallery, so what you’re looking at here is really $14.99 for 6 issues. If you swing between digital or collections, a good sale will get you the same six comics for less money, but this does story does read well as an arc in physical trade format.

Cyborg Vol. 1: Unplugged entertained me, but didn’t floor me. It had the potential to, as Walker’s writing definitely had my attention, but the army of artists needed to get this book created detracted from the experience for sure. Cyborg‘s first arc probably could have benefitted from some delays in production for the full Ivan Reis experience, but in the end that didn’t happen. David F. Walker’s Cyborg is an intriguing character that I enjoyed reading, but the art didn’t keep pace with writing so the volume is a mixed bag.