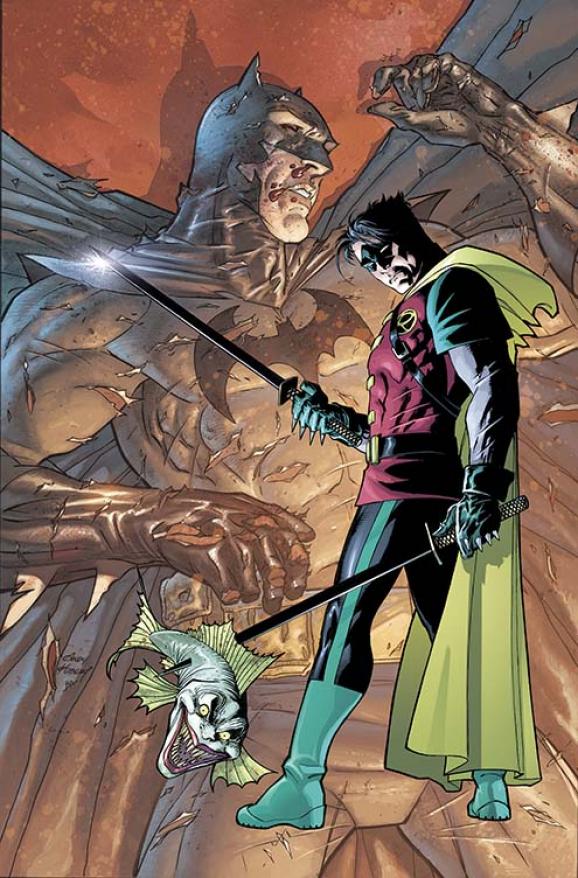 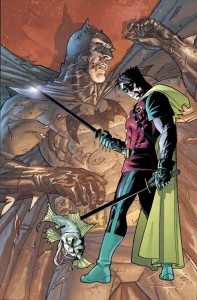 Flash forward! It’s the future — maybe ours, maybe another — and Damian Wayne lives! The son of the Batman has returned from beyond the grave and has grown into a young man, still running alongside his father in the streets of Gotham City. That is, until the unbelievable happens and the Dark Knight is no more. Now Damian must decide whether to take up the mantle of the Bat and live up to his father’s wishes, or fall into the ways of his mother and grandfather all over again.

There’s no question Damian Wayne grew up on the page in the eyes of many readers, going from super-brat in his first appearance (also illustrated by series writer/artist Andy Kubert) to one of the most endearing figures of the New 52. Despite his rough exterior and actual homicidal tendencies, this kid showed a real sense of vulnerability and genuineness in the process of losing and regaining his father. Whip smart, protective of his real emotions, but ultimately designed to be a hero, Damian left us too soon — by his creator’s own hand — and any opportunity to have him back should be a welcome one.

Except that this story doesn’t seem to be about any Damian we’ve come to know. Alternating somewhat between a snotty version of Dick Grayson and Jason Todd in a reversal of fortune, the Damian Wayne appearing here seems to be a caricature of a rebellious teen without the intelligence or charisma of the boy who was Robin. Exhibiting nothing of what made him the truly unique hero/anti-hero that he was, Kubert provides us with a central character that could have been almost any other Robin many years moving forward in time, except the one whose name graces this book. And it’s a damn shame, because otherwise, this book is quite intriguing. Who is the mysterious priest? Is this our real future or simply a dream? Is Batman truly gone forever? Questions swirl and the possibilities are intriguing.

Kubert’s art is clearly going to be a significant draw to this title for fans of his work. Paced smartly and well-detailed, this first chapter fits well into his other contributions to the Batman mythos. Where things go a little awry for me is in facial expressions that are both inconsistent and a little too exaggerated for my taste. That said, not every artist’s style is for every reader.

A compelling premise that completely misses the mark in characterization, Damian #1 is unfortunately not bringing back any shadow of the boy we all fell in love with, but regressing his development even as the years have passed. Could it simply be an imaginary story? Sure, but this isn’t my Robin, and who would have thought I’d feel that way for these reasons not so long ago?