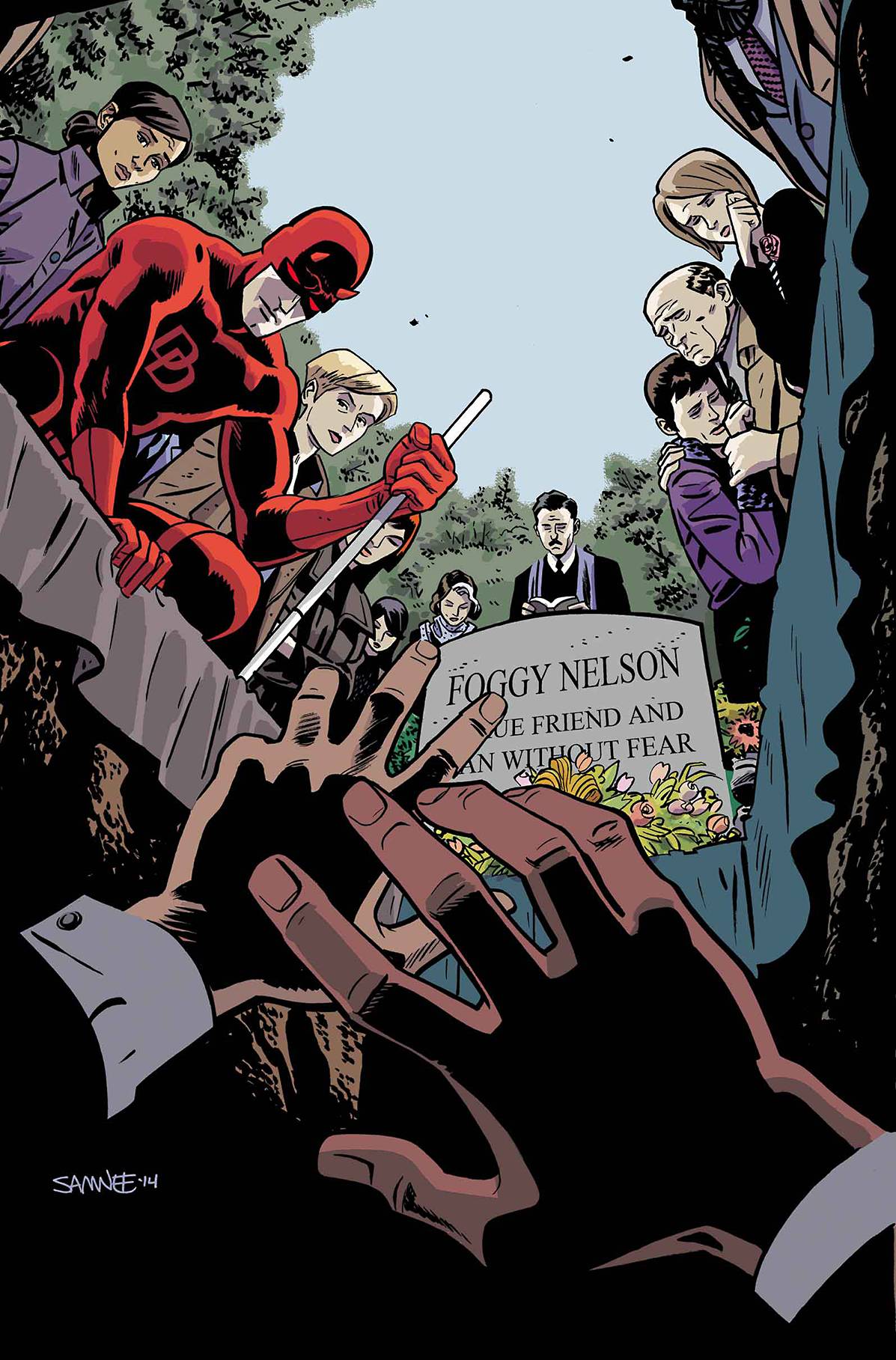 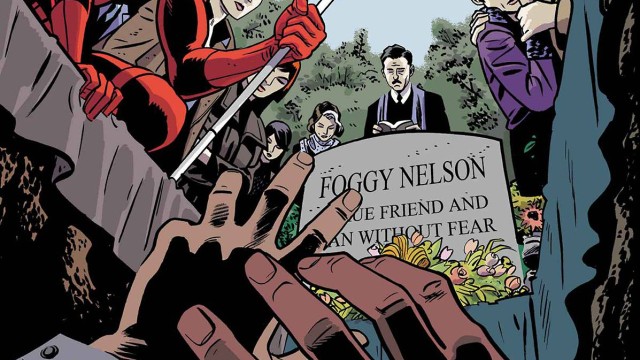 Damn you, Mark Waid and Chris Samnee. Damn you for making me feel all these blasted, bloody feelings.

This comic is, in a word, brilliant. Mark Waid and Chris Samnee are masterful storytellers that weave a tale that will touch you, inspire you, uplift you and more with Daredevil #5. Daredevil and Foggy Nelson have a lot of history to say the least, and Waid and Samnee’s handling of their relationship has been a master course in storytelling. Their mastery reached new heights with issue #5, with Matt Murdock attempting to persuade Foggy to fake his death to remove himself from danger now that Murdock has been confirmed as being Daredevil. In typical stubborn fashion Foggy doesn’t exactly give in quickly, and every aspect of what makes Foggy a great character is on display in this issue.

Samnee’s artwork is mind-blowing in this comic, with his unique panel choices, character shots and skilled hand delivering one of the most visually engaging comics I’ve read in a long time. To say that he and Waid are doing something special with Daredevil is a gross understatement, and issues such as this showcase why the creative duo are listed as storytellers, not the typical writer/artist combo. The division of labour, for lack of a better term, is difficult to determine with an issue like this, but the final product is so phenomenal that it’s easy to say that both Waid and Samnee simply knock it out of the park. Not many comics are infused with this much heart and I applaud them for acknowledging Foggy’s cancer but also not having it crush the book into darkness. That isn’t Foggy, and that isn’t this Daredevil.

Despite the heavy topic, there is a lightness and fun in this comic that makes it a joy to read. Samnee’s art, expressive as comic book artwork can be, combines with electric colours from Javier Rodriguez to create a world that sucks your eyes in and will not let them go. The colours are explosive to an almost Allred level, but dialed back to keep the book feeling realistic. It’s a fine balance, but Samnee and Rodriguez create a world that is rich and comic book-y without feeling fake or unrealistic. I’ll be honest with you, I’m not entirely sure how they pull it off, but they do.

Waid pulls at the heartstrings with his dialogue, especially Foggy’s journal entry at to close out Daredevil #5. At no point does this dialogue ever feel cheap or like it is going for the sappy emotional moment – it fits this story and relationship perfectly and packs one hell of a wallop, even if you are expecting it. The relationship between Matt Murdock and Foggy Nelson is a special one that has stood the test of time (and many other tests) and Waid obviously respects that.

Daredevil #5 is an example of what you get when you put two masterful storytellers together than are in a fantastic rhythm. This is a beautifully told story that will make you feel all kinds of the feels, and that’s a good thing. This is as good as it gets, folks, and I can’t recommend this issue more highly.