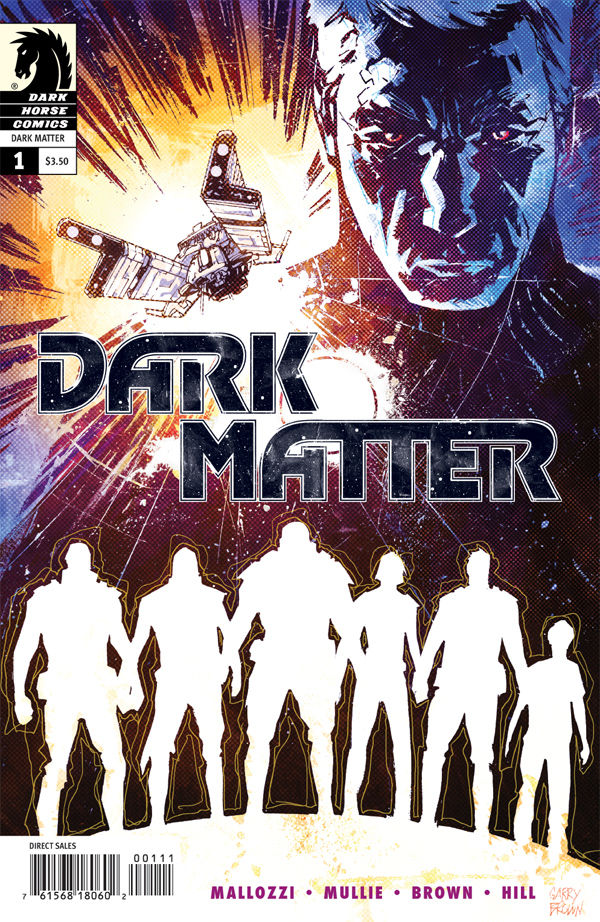 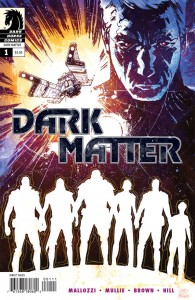 The synopsis of Dark Matter #1 had me hooked from the get-go. An amnesiac crew floating in space and a story sure to be filled with intrigue, conspiracy, corruption and all kinds of sci-fi mayhem? Sign me up! Now that I’ve signed up, the real question is why do I feel unfulfilled after reading issue #1?

The script for this issue is fine, we see some pretty standard sci-fi concepts including a security droid, a typical looking freighter and a bunch of smuggler-looking characters that we have no clue about. This has the looks of a rag tag crew, but as of yet we have no idea what their intentions were prior to some incident that caused memory loss. The plot is intriguing, Mallozzi and Mullie have a great amount of tension in the script, but what got me is that at the end of the issue I felt no further ahead than if I’d only read the synopsis. I do get the impression that this is a tale that will only get stronger as it goes, and this #1 was laying down framework and introducing us to this new universe, but for a #1 issue judged only on it’s own merit, it is fairly unfulfilling. Don’t get me wrong, I will read on, the dialogue is sharp and this title has great potential and is worth keeping an eye on.

On art detail, Garry Brown provides good pencils to match with the story being told. His android is creepy, characters look bewildered, the ship looks like a standard space-faring-freighter…but none of the pages or panels really blew me away. The art is by no means bad, it just isn’t astounding either. I look forward to seeing Brown being able to branch out beyond the characters exploring the ship as I think his art will be able to shine when there is more going on.

Cons: Not a lot happens story-wise, no further ahead than what is described in the 1 paragraph synopsis.