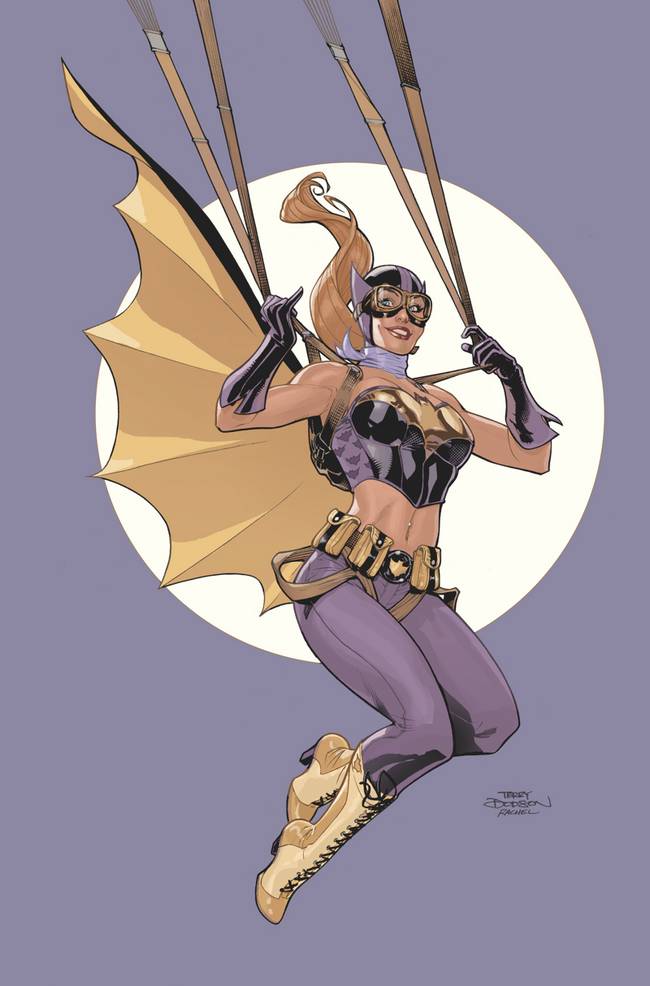 Seers and witches and vamps, oh my! The DC Bombshells Annual #1 brings out a shady batch in its Double Feature issue.

Bennett puts out fantastic work once more in this intriguing Annual. The fact that even Commander Waller likes Frankie Charles from the get go speaks volumes about her character (a choice character to bring in on Bennett’s part). The reader falls in love with Frankie all over again in this new version of her through Bennett’s great writing. With lines like “if it’s good enough for the President, it’s good enough for me” when talking about her polio, who could not? Bennett continues to astound readers through her work in this series.

Charretier’s talents match Bennett’s. Charretier has a knack for laying out interesting, retro feeling panels with a touch of modern to them that is hard to come by. Her choices in character design for the coven and Killer Croc are superb, though, my favorite character design is probably the one for the Prophetic Pirate Princess. Scenes like when Frankie meets a group of Bombshells for the first time are made impressive by Charretier’s efforts.

Paired with Hi-Fi’s abilities in coloring (which are always something I hold in high regard), and the reader has a spectacle of beauty to enjoy. The colors pop in the best kind of way throughout the issue and the dark, light symbolism that can be inferred by Hi-Fi’s choices works well with the overall comic.

The efforts of the trio comes together best, though, in one particular panel that involves the Bloody Batgirl of the Bayou herself as well as fan favorite Frankie. Maybe it’s my love of negative spaces, but Batgirl falling down like an all consuming shadow, her eyes all whites, her hair’s curls and the light shining off her gothic attire; Frankie gazing up at the creature, full of light and life; the dark reds turning into light pinks as they move towards Frankie; the speech of a broken women to top it all off—It’s my favorite panel in this issue.

I highly recommend reading this. Even if you haven’t been reading Bombshells (which, shame on you, what are you doing with your life?), I would still recommend this. It’s not hard to follow what’s going on. The overall arc of the doubly long issue is fantastic and the end reveal is pretty great.