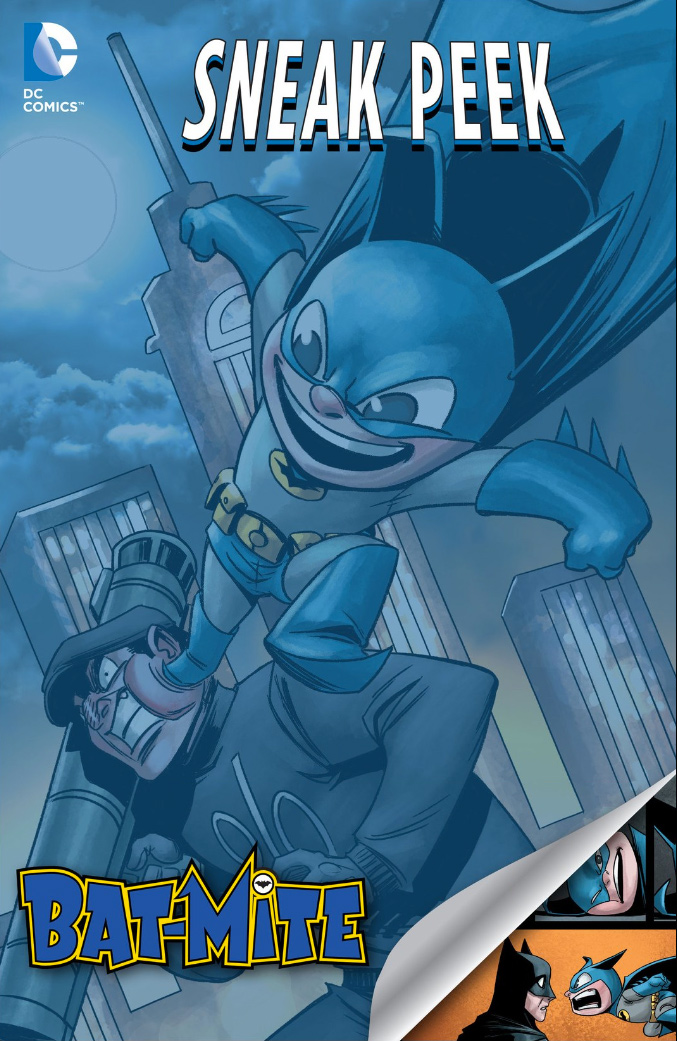 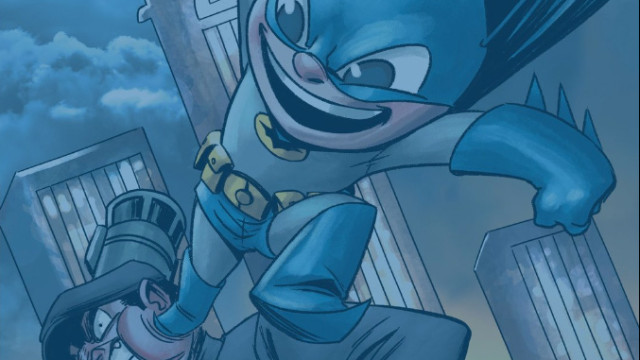 The Dark Knight has a new partner — whether he wants one or not! Bat-Mite arrives at the scene of a Gotham robbery with the goal of helping Batman be a better crime fighter and spreading his “sound advice” all over the DC Universe.

Bat-Mite has always been a super-fun character — an imp determined, in varying degrees, to help the Dark Knight in his mission. He’s the ultimate fanboy, really, and the exceptional Batman: Brave and the Bold animated series made that clearer than it had been since the 1950s.

Jurgens is picking up that thread here, although not to as extreme lengths, which in some ways mutes its amusement. The tonal difference between Batman and Bat-Mite isn’t as far apart as it could be to really emphasize the imp’s delusion or otherworldliness. It’s a cute interaction, but it’s not feeling sophisticated enough for the adult reader.

Kids will likely get a kick out of Bat-Mite, however, and you can be sure I’ll be grabbing this for my nieces. My only concern is if the book veers too far into the territory of “continuity” for it to be of interest to a younger (i.e. 6-12) reader.

Corin Howell’s linework is light and fun, a notch above most comics designed “for kids.” The real treat here is colorist Mike Atiyeh’s work, which has a feel of blended marker that gives every page a really rich feel. So, even if this story feels like it may not be designed for you, rest assured there’s plenty to ogle happily on the page.