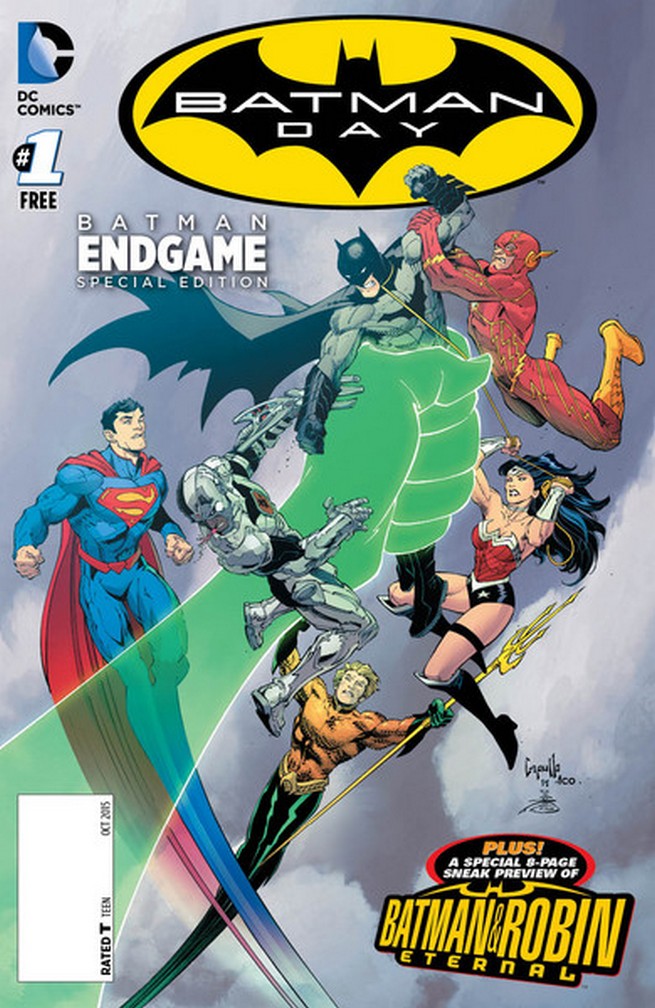 Years ago, Batman and Robin worked the most disturbing case of their crimefighting careers — bringing down the organization of the ultimate human trafficker, the mysterious woman known only as Mother. At the time, Dick Grayson never quite understood the scope of that case, but now its darkest secrets are coming back to haunt him, and everyone else who ever worked with Batman!

With an eight page tease being offered for free alongside a reprint of chapter one of Batman: Endgame at today’s Batman Day festivities, Batman and Robin Eternal starts off not with a bang, but with a secret — and it’s one that is already putting me on edge. The past four years of Batman comics have been a careful balance of Bruce embracing his extended family and holding them at arm’s length, so the idea that there’s a secret at the root of his relationship with his first Robin is potentially devastating.

It’s also damn enticing, and fits perfectly into the world being created for Dick Grayson off to the side of the Dark Knight’s universe. And that’s what Tynion and Snyder are already promising with these few short pages: that Dick Grayson, not Batman’s former sidekick, will be center stage. That distinction is meaningful for those of us who desperately want to see Grayson be the master of his own destiny and not just runner-up to the Batman.

Daniel’s pencils are nothing short of magnificent here, with a double page spread (I couldn’t resist: posted below) that is making my eyes go all googley in love and appreciation for the nearly full Bat-family as we know them today. Dick, Jason, Tim, Harper, Duke, Jim, Damian, and Stephanie are all in motion, with only Julia missing from the scene. Oh, and Cassie. But that wait is nearly up.

Florea and Morey’s finishes and colors respectively take these eight pages up a notch from Daniel’s already usually gorgeous linework, giving a beautifully cool tone to the entire affair. I’d make a comparison to James Bond running across the ice to face his enemies in a crystal palace, but I don’t need to, because Dick Grayson IS James Bond. And a better one at that.

If you had any doubt that this series is meant to be a true celebration of the legacy of Robin — if not the entire Bat-family — put those worries to rest. The creative team is pulling out all the stops on this one, and October 7 cannot bring issue #1 to us soon enough. 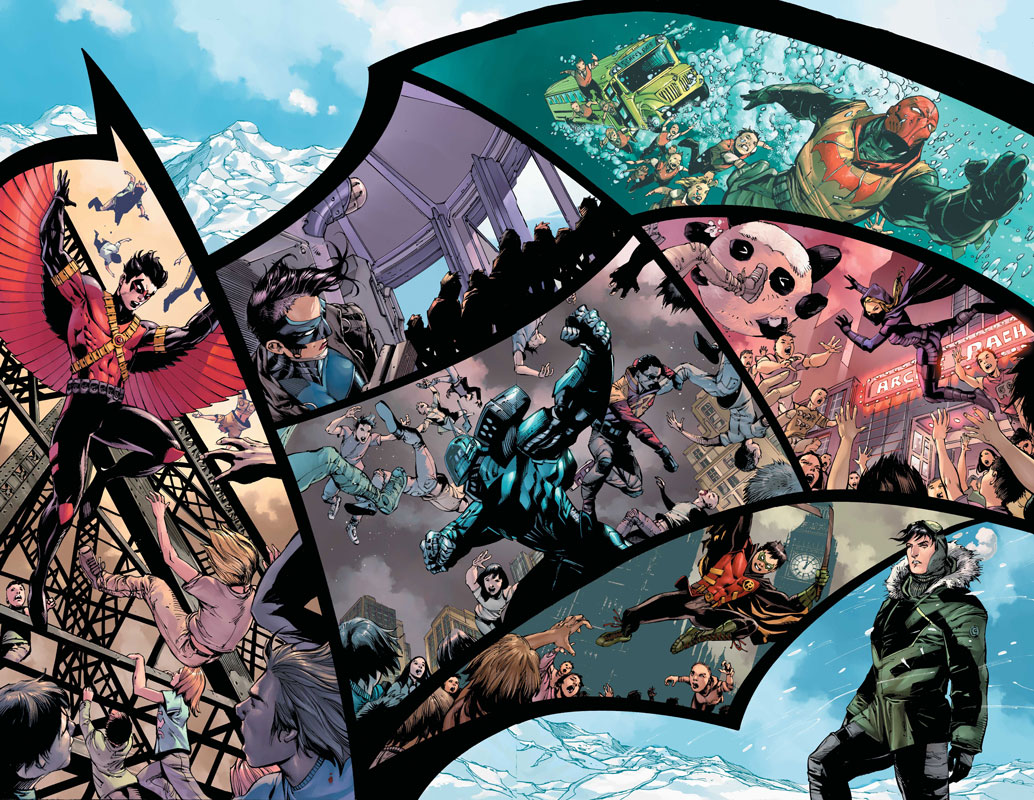