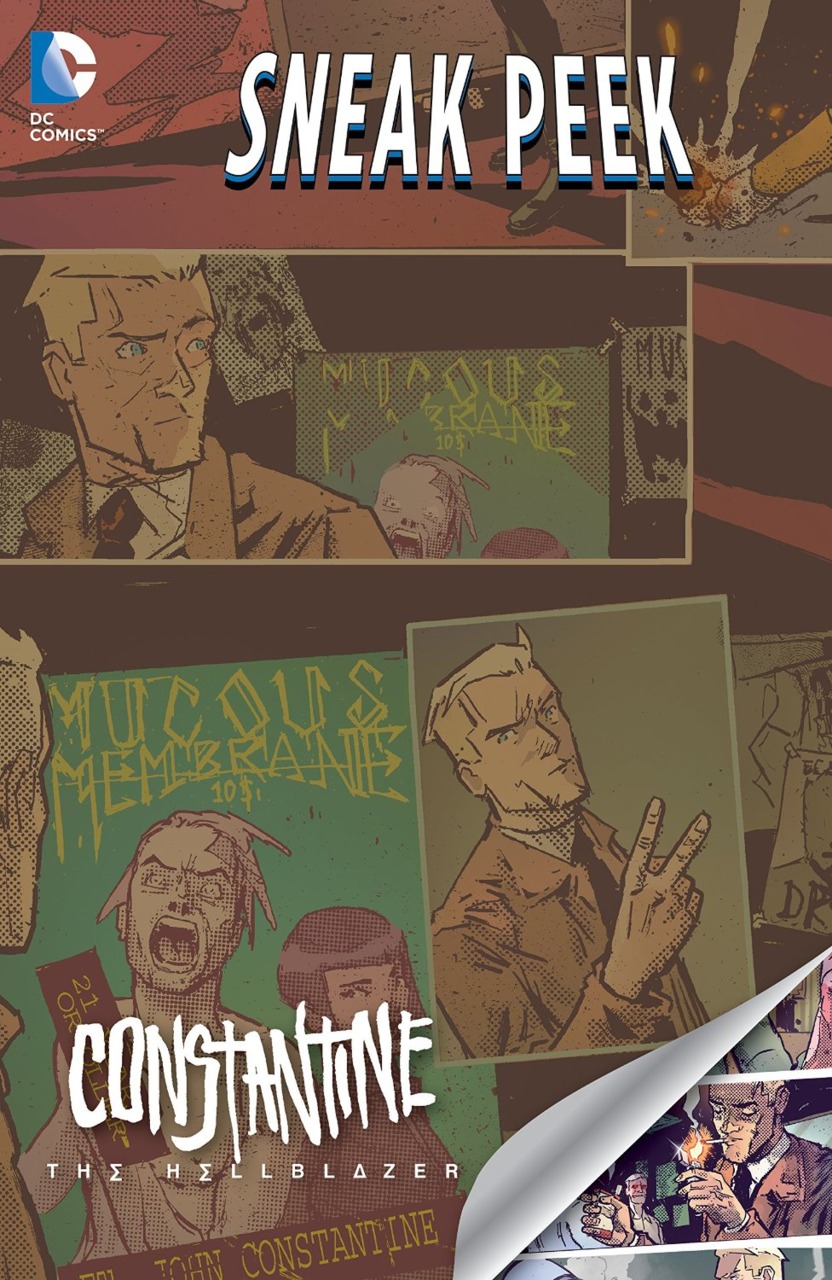 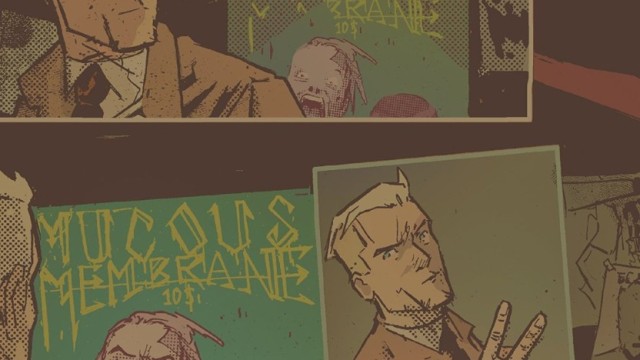 With all due respect to some of the talented individuals that have written Constantine over the past few years, this week’s eight page story may be an indication  that “The Hellblazer’s” dry spell is over. These may not be a perfect eight pages, but they do show plenty of promise from a talented group of creators looking to bring the character of John Constantine back to his roots.

A large portion of the blame in John Constantine not catching on with readers in recent years lies at the feet of the higher ups at DC Comics. When Hellblazer ended and John was folded into the DC Universe his character was essentially neutered. Well, it looks like there was a change in thinking somewhere, and the proof is right there in the name. Hellblazer is back, and writers Ming Doyle and James Tynion IV spend eight pages assuring us of this fact. It doesn’t quite reach Vertigo status, nor should we expect it to, but whether it’s the visual of John lighting up and blowing cigarette smoke in character’s face, reminding the same character (and us readers) that he isn’t a superhero, or that throwback on the last page it feels as if the shackles have been unlocked.

A large part of the feel comes from the art of Riley Rossmo. He is the perfect fit for this title, and along with colorist Ivan Plascensia and letterer Sal Cipriano they will be able to handle portraying the worst of supernatural threats that the writers throw their way. Rossmo’s demon bartender is the highlight of the story, and it is made stronger by Cipriano’s lettering for the creatures’s dialogue. When you throw in the colors of Plascensia the art gives off a vibe that is almost as responsible for the returning edginess than anything in the dialogue.

There is only one problem here, and while I may consider it to be slight others have been known to make a big deal of it. Constantine’s dialogue feels a bit forced. It seems as if Doyle and Tynion haven’t quite captured the accent yet. This is something I’m almost sure will get better, but it sticks out a bit here.

If I was strictly going off this eight page story I would be enthusiastically recommending that this book be added to your pull list. It finally feels as if John Constantine is able to be himself again, and the art is great. However, considering how DC has handled the character editorially the last few years, I would still proceed with a slight, oh so very slight hint of hesitation after seeing only eight pages. I do believe that DC has found a happy medium, and creators that can execute pushing the boundaries without crossing them. I know I will be trying it out in a few weeks with the hope and expectation that it will quickly be elevated to pull status.

The Verdict: TRY IT