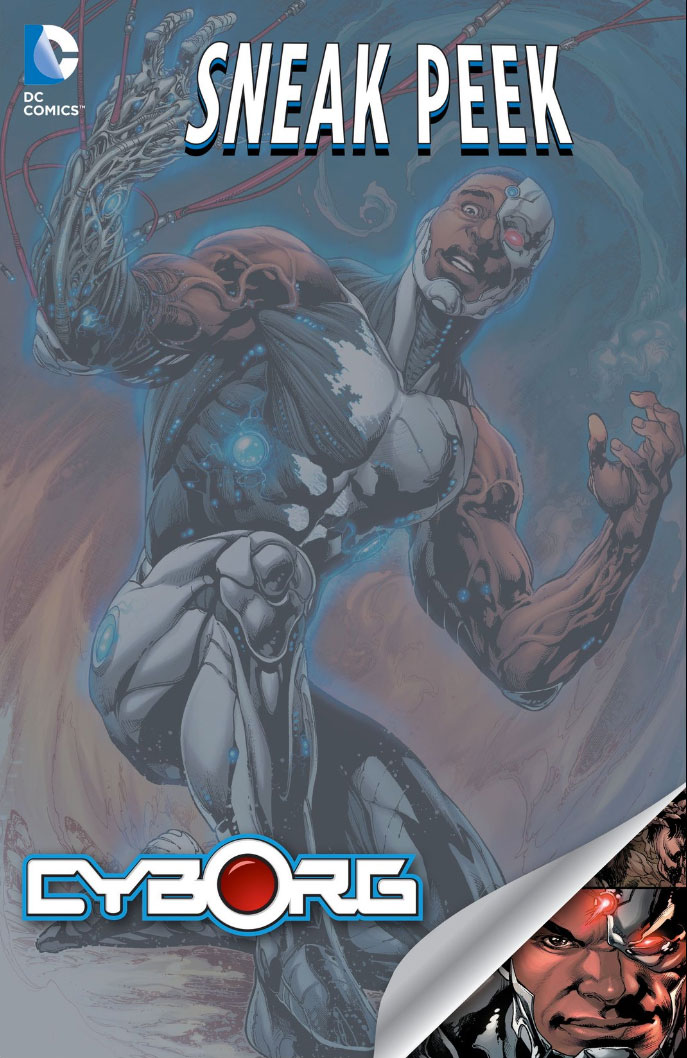 The ultimate tech hero thought he knew everything about his unique cybernetic body. He was wrong…

The sneak peek for Cyborg #1 feels 100% like a pick-up from the pages of Justice League. Which is EXACTLY what I was hoping for.

Not only does Ivan Reis and Joe Prado provide a seamless jump for fans who have cheered on Victor Stone through the pages of the World’s Greatest Super-Heroes, but they bring top flight art to DC’s premier African-American super-hero. It’s a respect and support that we’ve been waiting for since the very beginning of the New 52. It’s one thing to say Cyborg is important. It’s another to show it. And these 8 pages alone do just that.

David Walker provides an intriguing set-up about the nature of Victor’s body, its ownership, and gives us an immediate conflict that can play out almost to no end. Again, the move from Justice League to here is practically seamless, but you never forget who the star of this title is. It would be easy to lose Victor among the likes of Batman, Wonder Woman, and Shazam. No worries there.

Cyborg is already everything I’d hoped — putting the character right in the top echelon of the DC Universe. Three cheers for what’s to come. It’s going to be exciting to see.