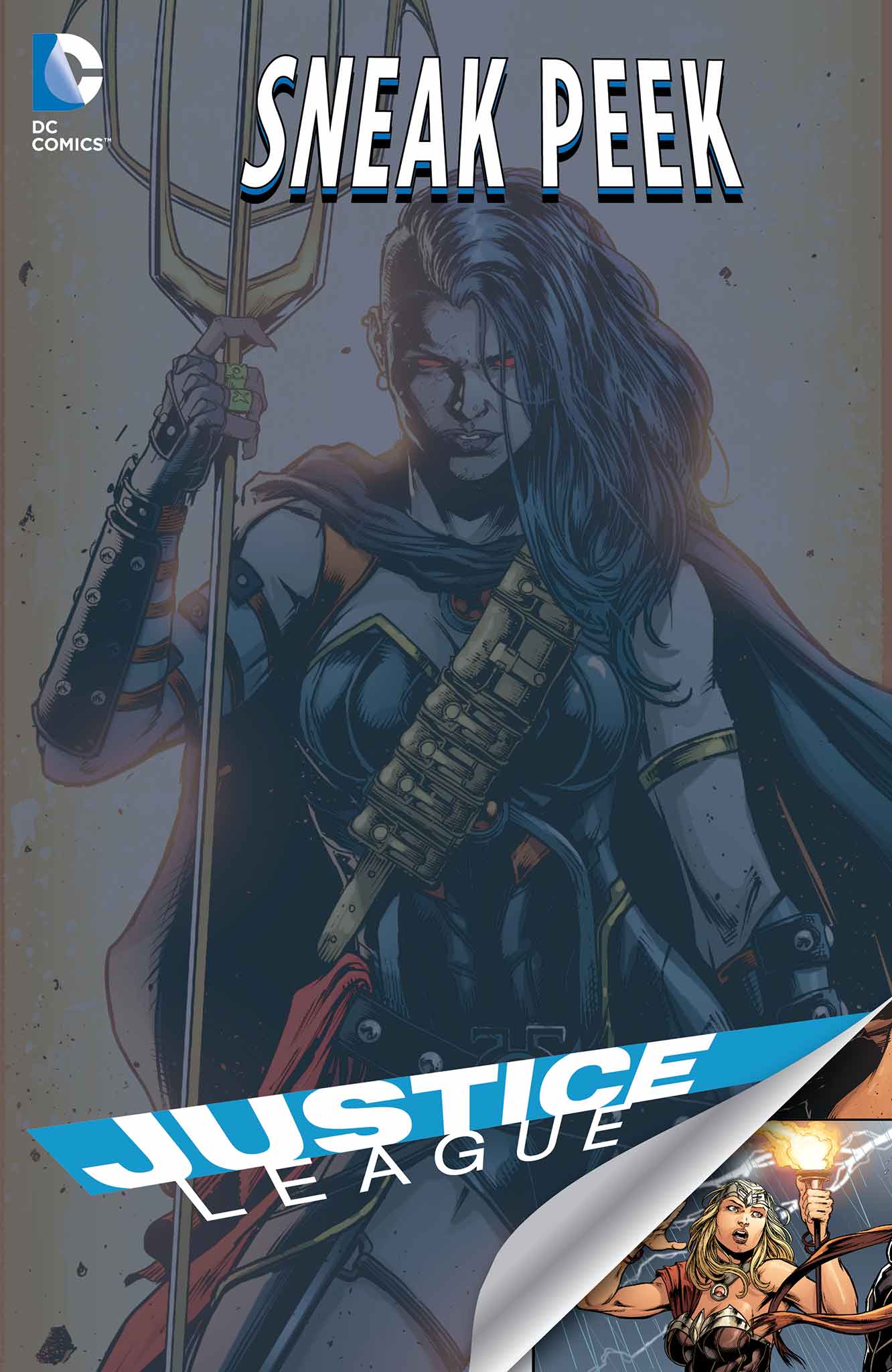 A dark secret from the hidden island of Themyscria’s past threatens the very fabric of space and time in this, an all-original preview of Geoff Johns and Jason Fabok’s epic event – “The Darkseid War”!

Holy s***. The Darkseid War is going to be epic.

This sneak peek is 8 pages and it is more epic than most full issues. Johns and Fabok are as A-list as it gets and this sneak peek does a nice job of acting as another primer for Justice League #41. Justice League #40 blew my mind and and this 8 page preview takes that enthusiasm up a notch. In my opinion this could be the strongest creative team in comics and they are going to unleash something you do not want to miss.

Justice League readers will recognize one of the double page spreads, but the thing is honestly so well done that it could be in almost every comic and I wouldn’t complain. For anyone looking to dive into Justice League with #41 it provides some fantastic lead-in and Fabok’s artwork is just brilliant.

Johns and Fabok have me hook, line and sinker. This 8-page preview sets up a brilliant new plot angle and a seriously dangerous character for Diana and the Justice League to contend with. This event is going to be massive and I am in for every single page of it.