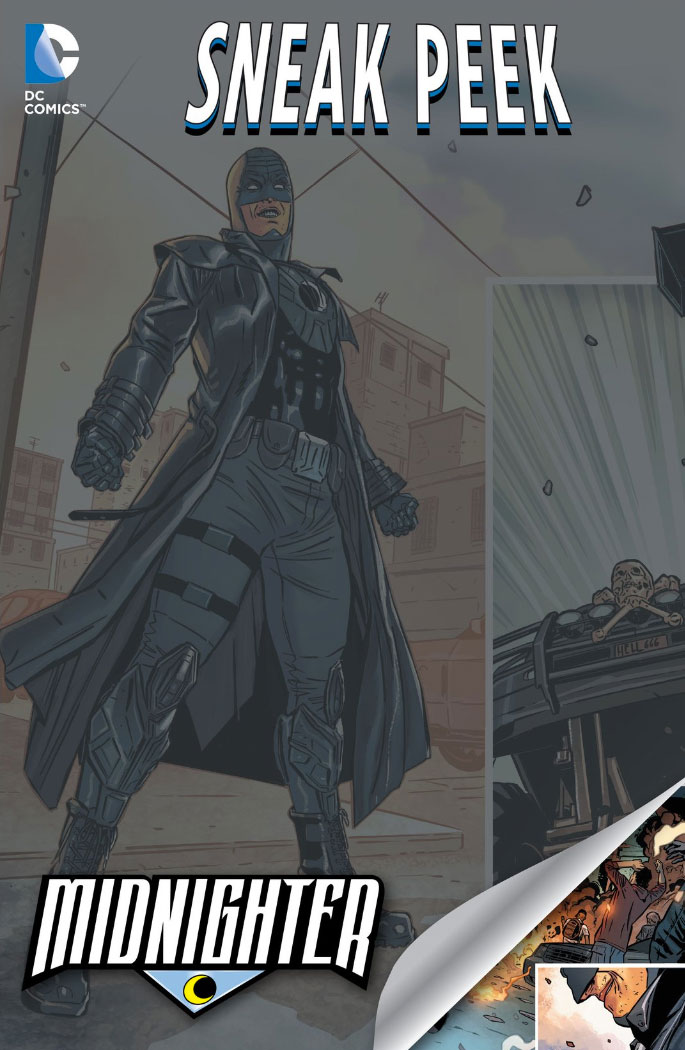 Midnighter’s on the hunt for the Perdition Pistol, a legendary weapon believed to fire bullets with body-snatching demons inside — but you shouldn’t listen to everything the old stories say…. This ALL-NEW 8-page preview leads right into the thrilling MIDNIGHTER #1.

From the very first page, I can already tell this is going to be a very different look at super-heroing.

And that’s not just because the Midnighter isn’t really a super-hero. Assassin, mercenary, general badass — he’s not just Batman in combat boots. He’s a hyper-enhanced, better than anyone at his job (without claws), and suave motherf***er.

ACO gives us a first page scene that’s titillating, and not just for the guy Midnighter is leaving behind in his bed. From the very first motion the character takes across the room in acrobatic form, you get the immediate sense of his prowess and form, not to mention his priorities.

Orlando pulls us across a very short terrain of 8 pages to give us a fantastic sense of what to expect in this series: no holds barred action, thoughtful fighting, a physicality that’s unique (what Midnighter does with that truck is something I haven’t seen before), and at its center: a character whose sexuality is on the page and important from panel one.

This is pretty much the book I’ve been waiting for. And I couldn’t be more excited for next month.