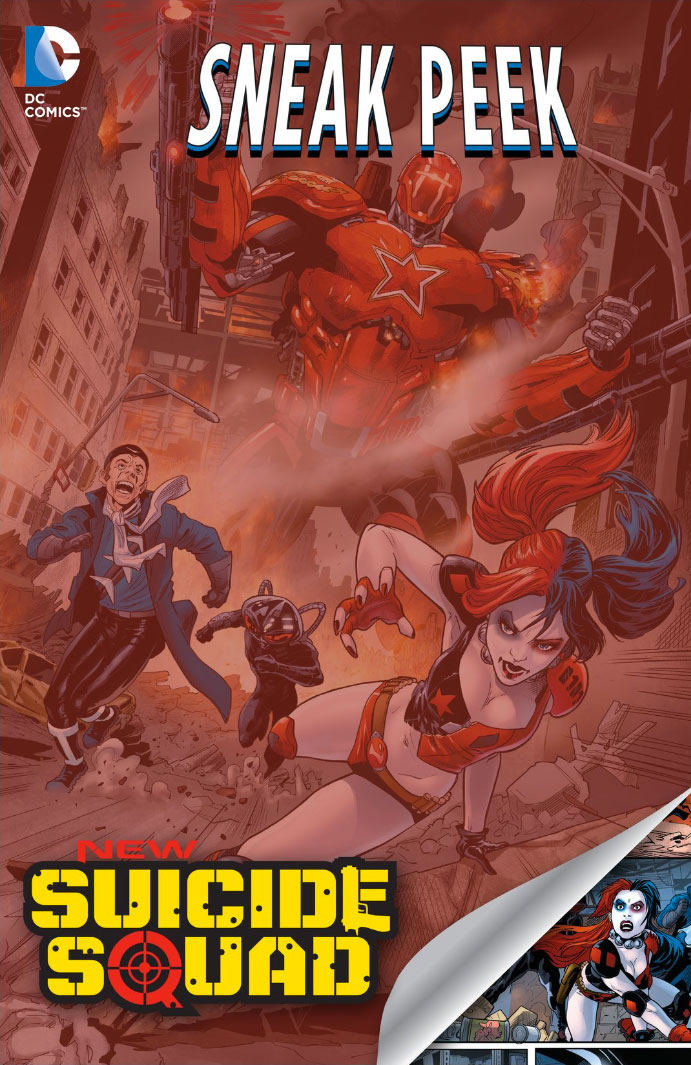 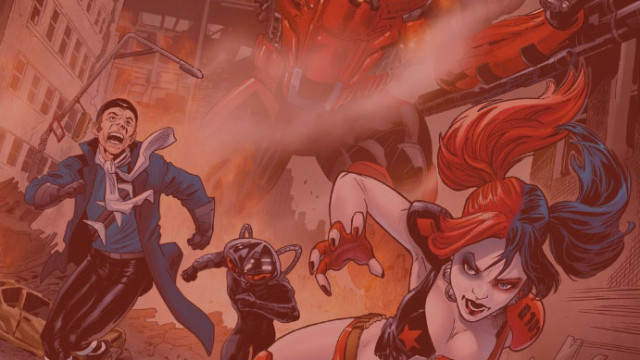 On a mission in Ukraine, where the team fights Russian Red robots. In the DCU, yes, there is Russian military in Ukraine, imagine that!

This title has had quite a bit of up and down the past few years, and even since its relaunch. The characters are great: Black Manta makes for a really strong replacement for Bronze Tiger, and I even like Harley Quinn here (although not as much as in her exceptional solo title). But the stories just don’t seem to have anything strong to say about them.

Ryan has a unique opportunity in the next few months to capture a fan base newly excited for this property, but if this preview is any indication, it’s going to be an uphill battle. Amanda Waller is simply a disembodied voice, with two pages devoted to bland government executives conspiring to shut down Task Force X. Harley is super kooky (as expected) but ineffectual (which is less expected). The only character bright spot here is Captain Boomerang.

To be fair, this series has suffered from inconsistent art, so the presumption that Briones is on for good is welcome. That said, there’s nothing particularly remarkable in this chapter visually. We’ve seen the Rocket Reds in previous issues, and the body language in all the characters here feels just a little awkward. It’s going to take more than this to get Suicide Squad fans excited, sadly.