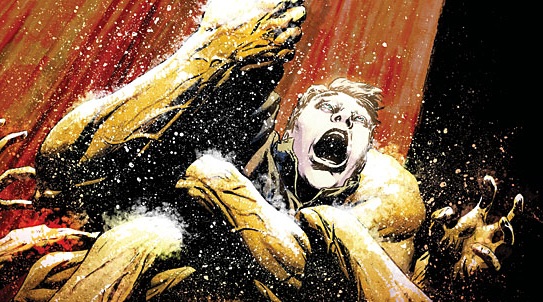 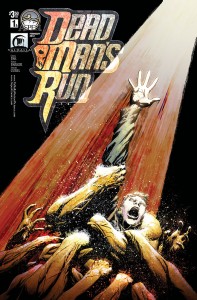 Prepare to witness a hell like no other. Dead Man’s Run is a very unique take on the concept of hell, slowly unfurling what is going on and why hell is now being used as a prison. Pak does an excellent job in this first issue of kicking off the series with a bang, and while the #0 issue may have set up some of the concept, it was merely a tease and we finally get to feast on our first course. Pak’s script is many things at once: eerie, exciting, witty, ominous and brooding. There are a lot of plots being set up in this issue, but Pak does an excellent job of keeping the primary plot as the focus and giving readers subtle teases as to where there is a lot more going on than meets the eye. For a first issue in a series, it is a treat to not only get the groundwork set up for further issues, but also have the primary plot push forward. As readers, we’ve been thrown into a world outside of the common preconception of hell and Pak never lets up, sending us further down the rabbit hole and deeper into this world of conspiracy, danger and corruption. While there is a lot going on in this issue it is never overwhelming, but rather entertaining and well planned.

Tony Parker’s art in this debut issue is solid and at times borders on fantastic. There are some panels, primarily with the sister where the character’s faces looked a little below the standard of the rest of the issue, but the art certainly never detracted from the story. There are some interesting layouts throughout the book, and Parker’s style meshes with the script very well. Parker’s clean, crisp pencils are well utilized in the issue and characters like the Warden and guards really explode off the page. Based on the art in issue #0 and this #1, this title is in good artistic hands.

Cons: Art was a little below Parker’s usual standard on a few pages, but still above the standard of many artists.