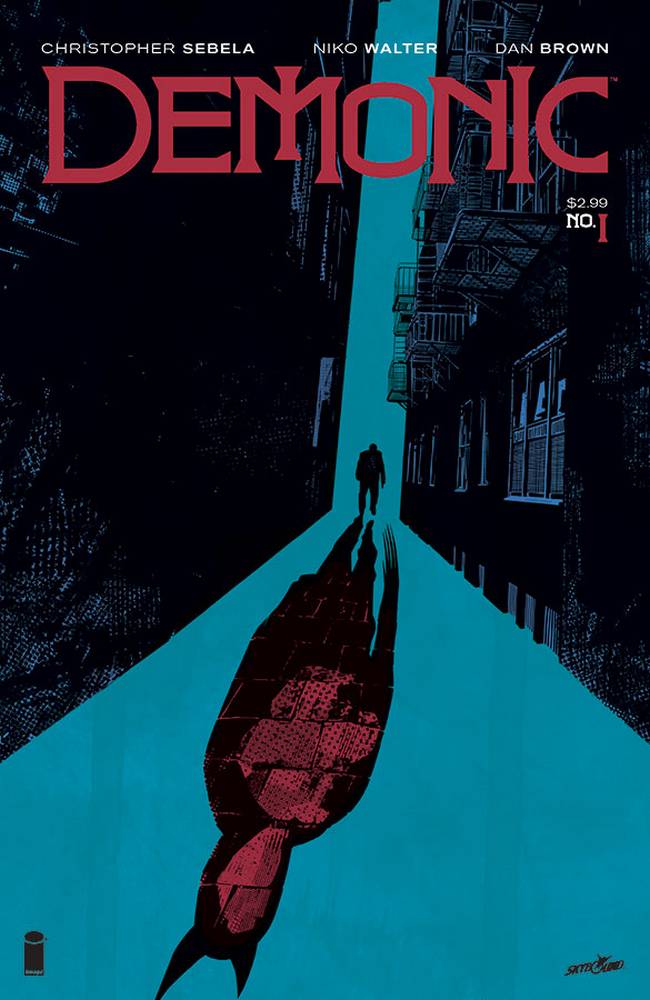 After a chance meeting with a seemingly hysterical murderer, Detective Scott Graves spirals into the darkness of his own past and, forced between a rock and a hard place, makes a deal with the devil.

This Exorcist inspired horror brainchild of Kirkman and Silvestri does not stray far from Kirkman’s mainstream shock horror roots. The writing by Sebela has some amazing lines like “You’re already dead, just no one bothered to tell you” and “You can’t be saved from this. That thing you fear in the dark of the night? It’s always been you”. However, even with the intrigue the plot delivers, trite tropes from seventies-esque horror such as casual sexism, women as plot devices rather than fleshed out characters, and the black best friend sidekick leave little to desire in the form of nuance. Since it is the first issue, that may change as time goes on. Hopefully the main antagonist will also take a level in complexity as the series progresses.

Walter’s art is remarkable, bringing to life the retro style of older comics. There is something haunting in the design choices for characters like Aeshma, who forms through a swarm of flies, and the masks left behind by the Novo Clergy. Paired with Brown’s coloring genius, scenes come alive. The yellow shades that filter every scene involving demonic activity bring an off-putting mood to the panels. When Graves gives into forces unknown, the shadowing of his eyes forms an innocent but haunting gaze like a traumatized child. That, mixed with the pitch black of the backdrop and white outlines of buildings, creates the reluctant yet passive shift of his character into something deadly. The art does its part and more.

The best teamwork from this group comes more towards the end. While scenes like the woman immolating herself are mesmerizing in their shock value, it is the scene where Graves jumps out of his apartment in some top notch nefarious attire from a demonic cult’s murder-when-you’re-an-adult kit. In that moment, he trusts what he distrusts, the yellow surrounding all the scenes with demons turning orange as Graves accepts a blood-ridden fate submissively. It’s a beautiful but dangerous panel where he gives into inhibition and lets it lead the way while he questions of the sanity of his actions.

Demonic is not going to be for everyone. It is not my cup of tea. However, if you like the tone of Kirkman’s creator owned titles and you’ve been itching for a retro seventies-esque comic with supernatural elements, Demonic maybe for you.