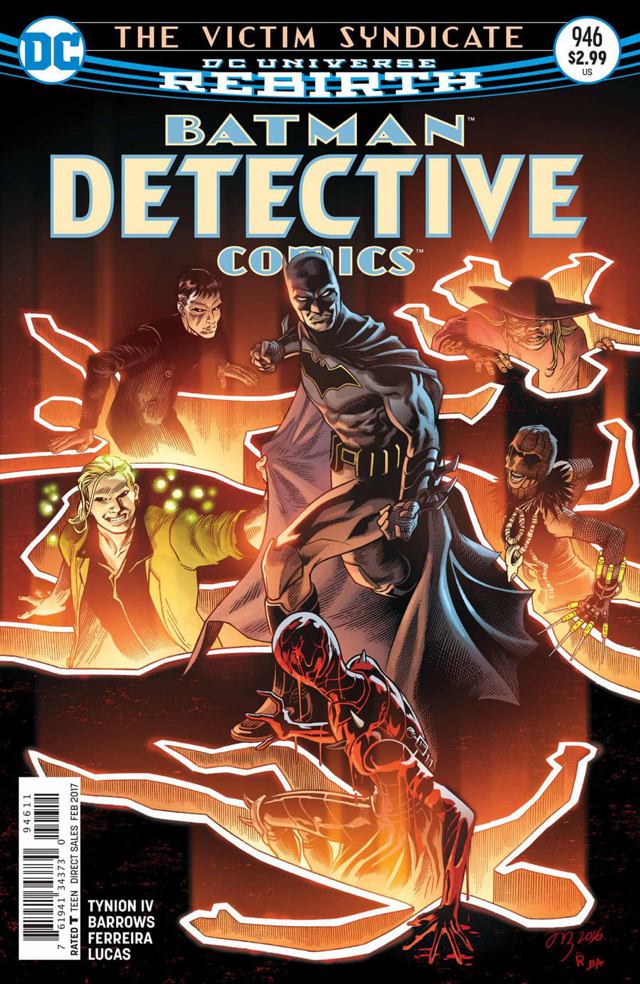 The Victim Syndicate’s reign of terror over Gotham comes to a head as the Bat-crew brings the fight directly to the Victims.

Tynion paces this issue well, giving each Bat character and their Victim-equivalent foe adequate time on the page. The Bat-crew is filled with fantastic characters, so seeing each operate as a solo operative for a few pages was a great showcase for how different, yet awesome, they are. Each threat from the Victim Syndicate is handled in a unique way, which kept the story fresh as it progressed.

Tynion uses the Tim Drake situation to cast a shadow over the issue and frame the cliffhanger nicely, continuing the trend of this being one of the most tightly crafted team books on the market. The team is growing to be a stronger unit as time passes and their challenges change, but the loss of Tim has fractured a member and opened up the possibility of the destruction of everything they’ve worked toward. That’s as high a drama as you can get for inter-team dynamics and Tynion uses it brilliantly.

Eddy Barrows is rock solid with this issue, handling the large cast well. The secondary style, the more faded artwork (I’m legit not sure whether to attribute this to Barrows, Ferreira or Lucas) suits many story beats very well in this issue. The “softer” style adds a lot of drama and suits the Victim Syndicate well. The team’s “primary” style, the artwork that would be considered more mainstream, is very well executed as well. The piece of the puzzle that really clicked for me, more than it has in the past, is that the art team really nailed what moments required which style for maximum impact. They nailed the high drama, the action and I’ve seen no other team in comics make Clayface look as sympathetic as this crew can. This is very well crafted issue from a talented team.

Detective Comics #946 is a great chapter in what has been an enjoyable arc. Tynion, Barrows, Ferreira and Lucas drive home the drama and execute every page of this issue well. I’m glad I don’t have to wait long to get my next Detective fix, cause this crew had me hooked with that cliffhanger.