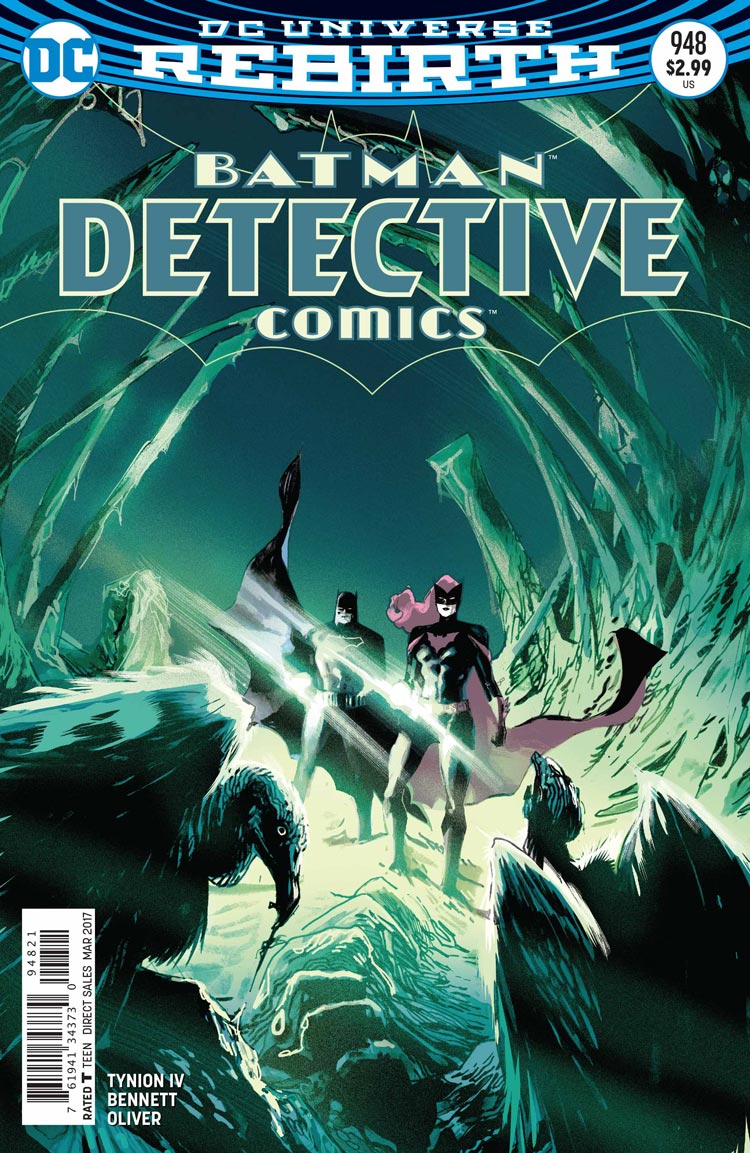 “What can Batwoman do that Batman can’t?” That’s the question of the hour as the two heroes investigate a threat in Monster Town that’s bigger than they once thought. But before long, the real threat becomes Batwoman’s former partner, Jacob Kane, as the Colony comes to fetch their master.

Let’s put all our cards on the table, ok? There’s been a Batwoman drought in the DC Universe for over a year. Yes, we’ve gotten to see Kate co-lead the very title she took solo for over a year once upon a time. Sure, that first story was all but a “Batwoman and Her Amazing Friends” starter, particularly given the prominence of Kate’s father as antagonist.

But without a solo book gracing the shelves, it just hasn’t been the same. By the same token, where we left off with the character once upon a time pre-Rebirth wasn’t so flattering. Thankfully, Marguerite Bennett and James Tynion IV are here to say: our prayers have been answered.

Batwoman is really back.

While this issue is merely part one of a prelude story to the new ongoing arriving next month, the tone and set-up work Tynion and Bennett have laid out in #948 capture so much of what I have missed about that solo Kate. There’s a sense of introspection and quiet that the Batwoman mandates that’s impossible to achieve in an ensemble cast, and the writers are delivering just the right pacing and mix of flashback to reach that goal.

The entire creative team is essentially turning the volume way down on the story — and I mean that in the best way possible. How Ben Oliver softly breaks down the beats the writers lay out, and lavishes that same softness onto each character with his airbrush work. It’s one of those times that having the same hand run pencils, inks, and color — with foreground and background control — really pays off. Kate is both ingénue and expert. Batman is both antagonist and partner. Jacob the reverse. And every character comes off as having much more going on under the mask than anyone can say.

The one exception to that seems to be the new character Tynion and Bennett have rolled out: Dr. Victoria October, lead scientist for the consortium watching over Hugo Strange’s Monster Town. It’s a credit to the writers that October is so instantly charming and wonderfully intriguing, with a past between her and Batman so concisely alluded to that I feel I’ve actually missed out on a shared history. Once again, not a bad thing, as it speaks to the character arriving on the page fully formed. She feels immediately full of potential, and that’s almost never the case on supporting characters. And it’s all the more pleasing that the creators have managed to do so with a trans character to boot.

With this prelude, Bennett, Tynion, and Oliver have issued just a little tease, but it’s a great reminder of what we’ve been missing all these many months. Because in essence, there are things that Batwoman can do that Batman can’t. Chief among them is set and carry the kind of quiet, thoughtful tone we see here. I’ve missed it more than I realized.