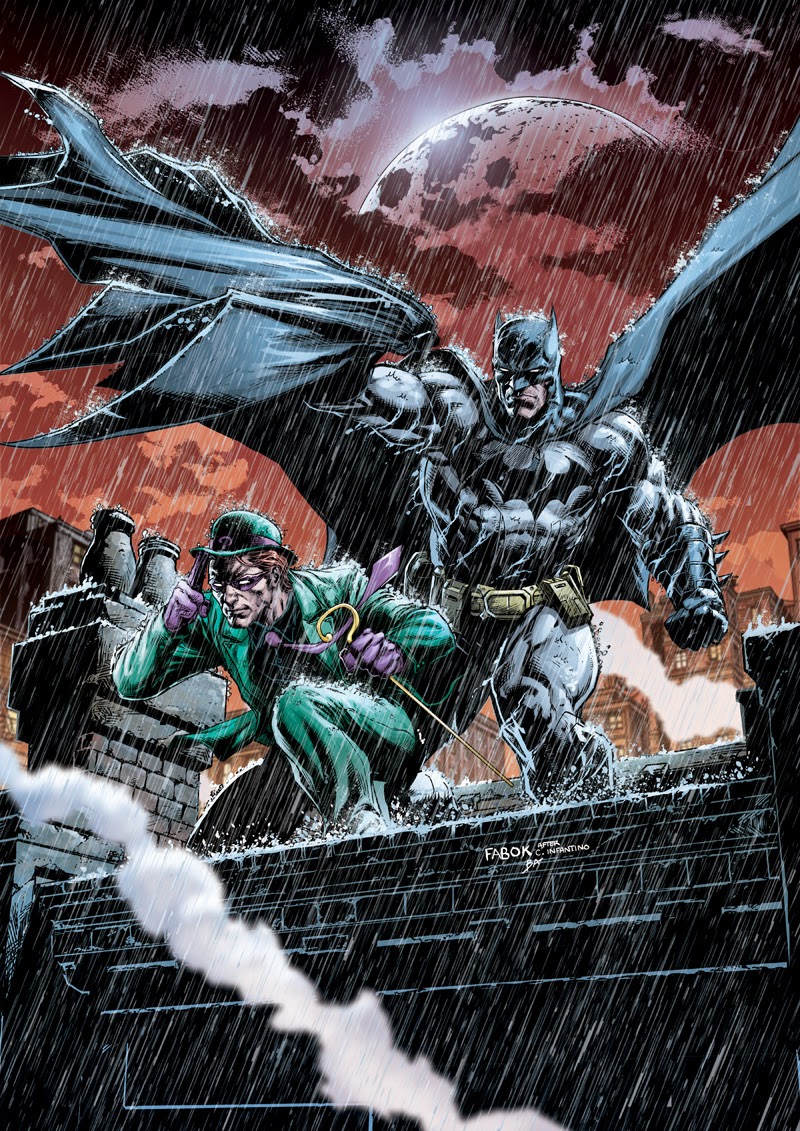 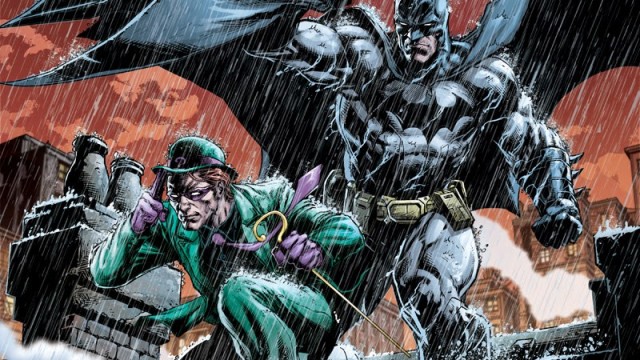 In a surprising turn of events Batman teams up with The Riddler to thwart Calendar Man in the Futures End issue of Detective Comics.

Brian Buccellato of Detective Comics fame handles the writing duties for this issue without his partner in crime, Francis Manapul, and even though both of the dynamic Detective duo are not present, Buccellato provides consistency in tone with the regular monthly series. In this one shot Buccellato gives Calendar Man a greater depth than I’ve ever seen, actually making the character seem like a credible threat at several points in the issue despite his ridiculous name and appearance. This is a tougher Calendar Man than the Channel 52 anchor that has appeared in many DC issues, and I have to give Buccellato some serious props for entertaining me with a comic that showcases Calendar Man as the primary threat and not making it a comedy.

Buccellato writes The Riddler and Batman well. Coming off of Zero Year in Batman, many readers are very familiar with the banter between these two characters and Buccellato captures their constant intellectual battles well. He fills what may normally be dead space in a script with some solid “riddle me this” moments, but the twist at the end, while somewhat entertaining, hit like a dud for me. I half expected Nelson Muntz from The Simpsons to step out, point, and say “ha ha” for how weak the issue’s conclusion is.

While the writing has high points and low points, the artwork is really what keeps this issue stuck in the realms of mediocrity. Scott Hepburn and Cliff Richards handle the majority of the issue and the two pencilers bring vastly different styles to the table. The transition between the two artists is rather jarring and awkward, to the point where I thought I’d stumbled into an ad for a different Batman story initially, rather than a continuation of this issue. Enhancing the awkwardness is inconsistent pencils from both artists, with Hepburns work appearing as a hybrid of Francis Manapul & Greg Capullo’s styles, but without the signature flair that each artist brings to their work. I will admit I preferred his half of the issue to Richards’ work, as it did fit more closely with what has been appearing in Detective thus far. Richards’ characters appear lifeless and much of the momentum in the story falls apart when he takes over. The combination of the vastly different styles leads to a visually confused story that doesn’t wow at many points at all.

Detective Comics: Futures End #1 features a few very subtle nods to the current run by Buccellato and Manapul, but lacks the dynamic energy found in that title. The combination of artists hurts this issue, and the story feels like it has very little to do with the Futures End concept at all. I found the conclusion to be hollow, sadly, as some of the banter throughout the issue is very solid, but in the end this issue of Detective is very average.