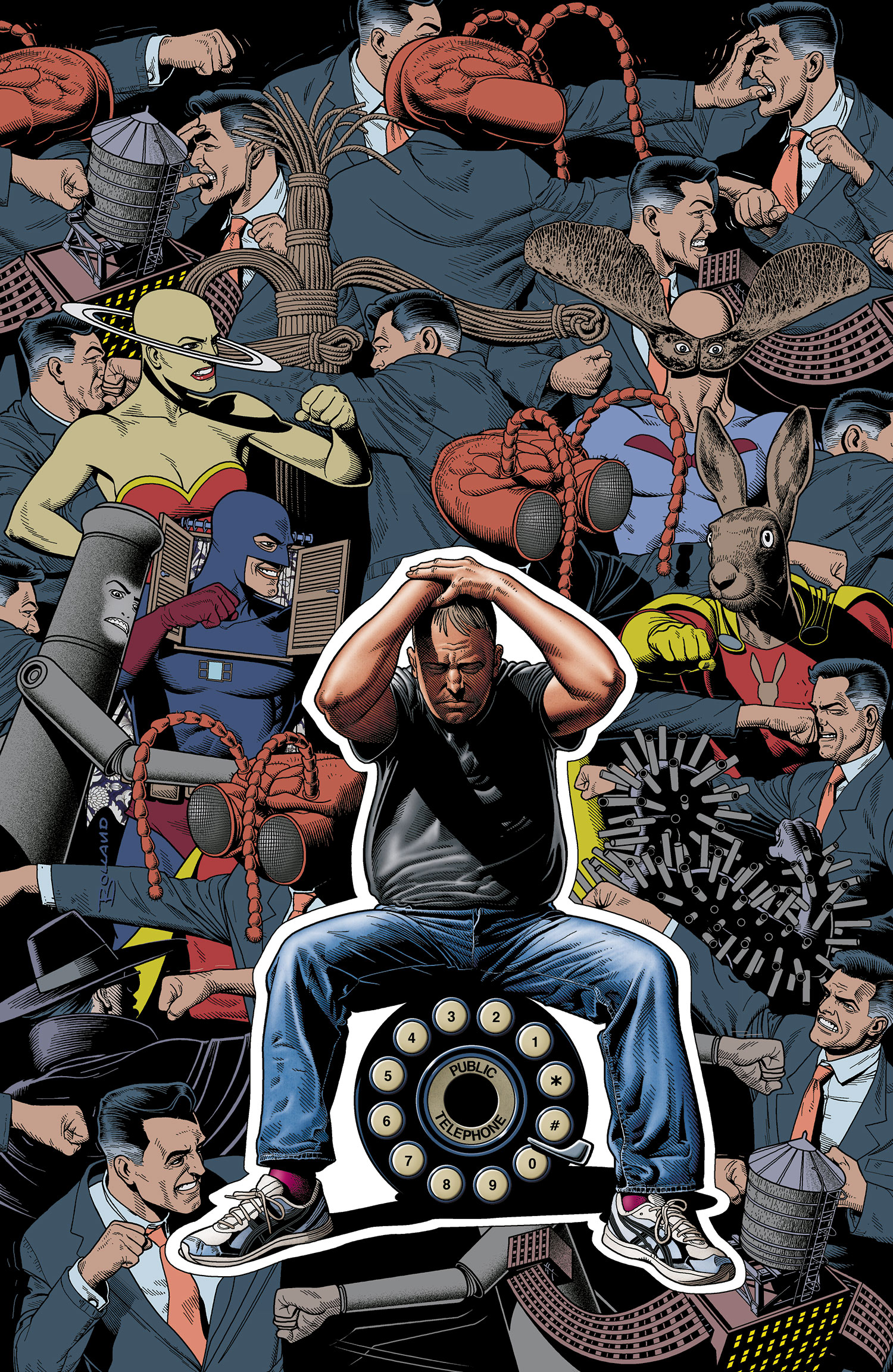 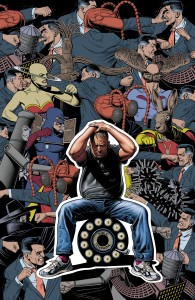 Have I really never until now written a Dial H review? At first, it was my favorite title of the second wave of DC’s New 52 (which included the relaunch of Batman Incorporated). The tale of a not-entirely-loveable loser named Nelson Jent, Dial H was such a self-contained, blissfully mad universe that it wasn’t even until the second issue that I realized that the mysterious rotary dial pay phone that Nelson discovers was transforming him into a different hero every time he used it. The third issue hinted at a grand mythology in which a mysterious figure guided the great inventors of the 19th century through the invention of the telephone as a way to secretly create the technology behind the hero dial. In the fourth issue, an alien being who as acting as one of the two primary villains proved to be less of a villain than he appeared, and the fifth issue promised to change the stakes entirely with the death of the series’ best character — the evil Ex Nihilo — and the introduction of a being who could not only make the dial serve its will, but could nullify the effects of other dials.

Unfortunately, the series arguably never really recovered from Ex Nihilo’s death. Her replacement as the title’s big bad, The Centipede, was clearly sinister, but his manipulation of a not-really-malevolent secret military group in Canada never proved as rich as Ex Nihilo’s mastery of nullomancy, a magic based on the control and manipulation of nothingness. The suggestion within the story that substance, somethingness, was the detritus accidentally created between dueling forces of nothing was mind bending. A conspiracy within the Canadian government that wasn’t actually trying to hurt anyone was never quite as interesting.

I actually dropped the title from my pull for a few months, but re-added it when DC announced that the series would be ending this month. Which meant that I caught what was probably the best issue of the entire run, #13. By this point, in the third-to-last volume of the series, Nelson has a partner, Manteau, and it’s become clear that the pair (and the allies they’ve gathered) are fighting a force that is destroying entire civilizations as it passes. Dial H #13 takes place in a moment where the group is entirely lost, at the limits of their makeshift understanding of the technology they use, and trapped on a world, mentioned in passing in an earlier issue, populated entirely by living graffiti.

Dial H #13 centers on the intentionally ridiculous Open Window Man, who proves to be an alternate reality’s take on the Batman story, as he acts as imaginary friend and mentor to a boy in the graffiti world who has just lost his parents in a dark alleyway. Miéville’s rendition of the story, however, stands out for its declaration of resilience and possibility. Not every story ends the same way. Not every loss has to be avenged eternally. Sometimes the things that work for us don’t work for others. And sometimes it’s all right anyway.

If you’ve been there since the beginning, Dial H #15 will bring you most of the answers you’ve been waiting for. We finally catch up with the lost operator, and our heroes fight to save realities they’ve never even imagined. Not everything is made entirely clear, and it’s still not always easy to follow what’s going on when the characters take on different identities from panel to panel. At the end. Nelson’s “We kinda did it” is probably the best summation of a title that sometimes seemed to be struggling with its own medium, and didn’t always entirely make the most of the constant, mad invention demanded by its concept. It isn’t easy to have to leave some of your best ideas behind in favor of the next set of castoffs.

But Dial H kinda did it. The highs were better than the lows. And while I can’t recommend picking up #15 on its own, I can send you to the trade, and those first glorious issues. For many readers, that’ll be enough, but a few of you will keep going. Let me know if you do, because chances are that you’re my kind of people.