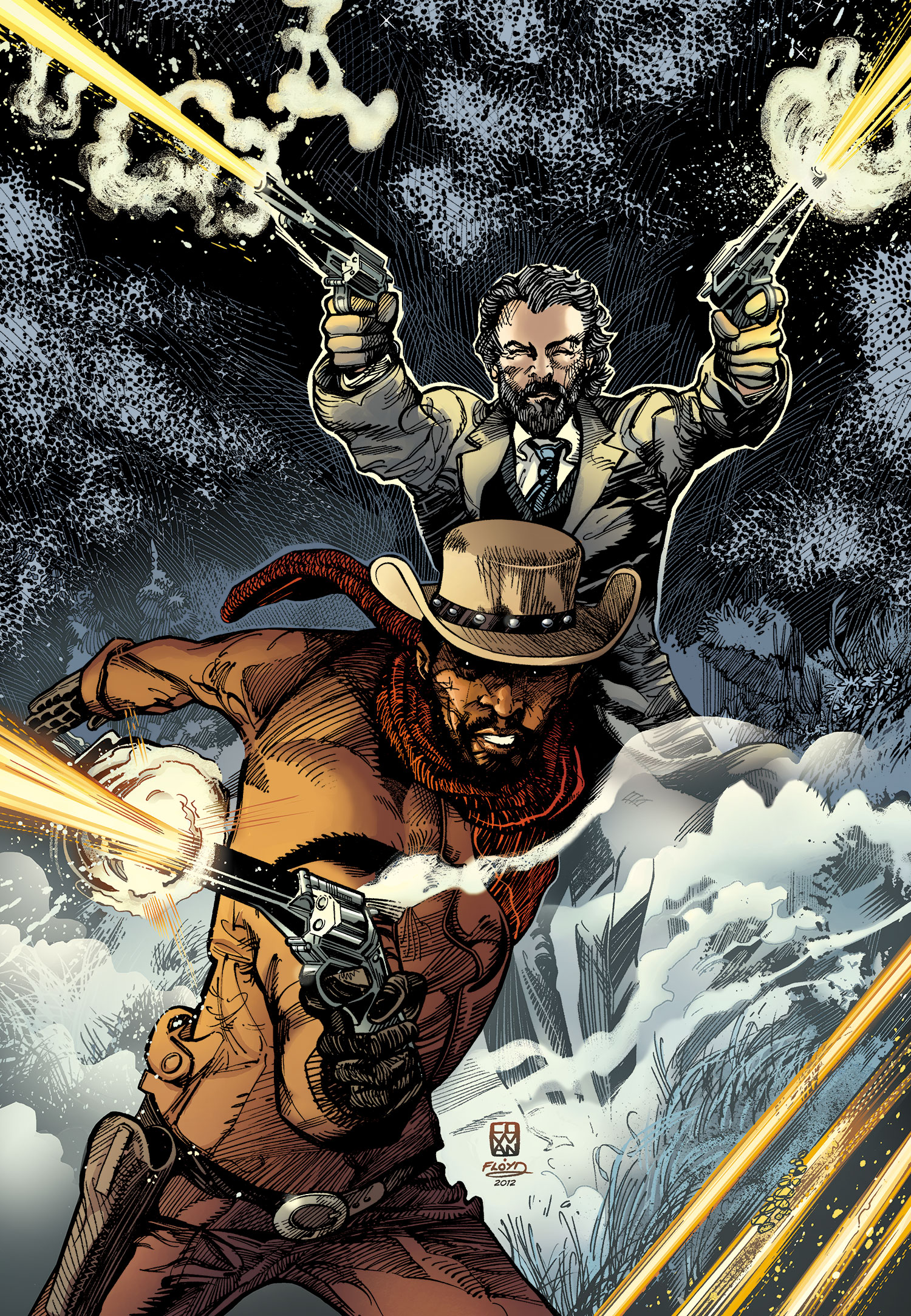 DJANGO UNCHAINED #2
Based on the Screenplay by Quentin Tarantino
Adapted by Reginald Hudlin
Art by R.M. Guerra and Jason LaTour
Release Date: February 13, 2013 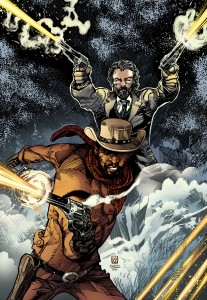 The comic adaptation of Quentin Tarantino’s latest big screen tour continues, with Django and Schultz confronting their first bounty and the ramifications of that action playing out to violent effect. And we get a visualization of the tale of Broomhilda, only told via Schultz’s narrative in the film, as the ties between the two men grow stronger through newfound shared purpose: the eventual rescue of Django’s wife.

Comic book adaptations of other media are never easy. I daresay it may be one of the most difficult projects to attempt, converting a story from one media to another. One of two things needs to happen for it to have any chance of critical success. Either the literary takes have to diverge in story and structure that each iteration can stand side-by-side and inform the other, or the act of telling the story in another medium has to change it so significantly that it illuminates aspects of the same story the other medium could never approach. The comic book iteration of Django Unchained seems to lean toward the latter, although not significantly enough to meet the sophistication of the film for readers who have experienced it as such.

In some ways, I can see this issue as overcoming some of the criticisms of the film, mainly that it takes an occurrence as desperately brutal as American Slavery and portrays it alongside comical threads. All sense of Tarantino’s usual wink-wink irony is stripped away in this adaptation, with the character’s motivations and delivery coming off as much more serious and respectful of the gravitas of the era. Unfortunately, for those familiar with the movie, what also seems stripped away is a lot of the charm that the actors, particularly Christoph Waltz, bring to their roles. Schultz is rendered a flatter character without the type of intonation and body language one gets so easily on screen, and Django somewhat less sympathetic without Jamie Foxx’s likeable delivery.

Guerra does produce a comic that can stand next to any great Western book on the stands and feel authentic to the genre. His figures are drawn quite grisly at times, appropriately so, and impart more menace than in the filmed depiction, in fact. Where the book lacks comedy, it makes up for in a darker take that almost creates a different space for the story. Unfortunately, Guerra (and LaTour providing art for the German myth-telling sequence) doesn’t quite take it far enough, leaving us with a strong, if not overly compelling, set of pages. It’s not a frame-by-frame reproduction by any means, but it doesn’t seem to set out for new artistic territory either.

Perhaps a book best suited for fans of the Western genre that aren’t particularly fond of the theater, Django Unchained is a good comic, but maybe only a fair adaptation. It’s a testament to Tarantino’s writing that the book works as well as it does, but ultimately I’m not sure, as a fan of the movie (and I imagine the actual intended audience), it’s really hitting its mark.