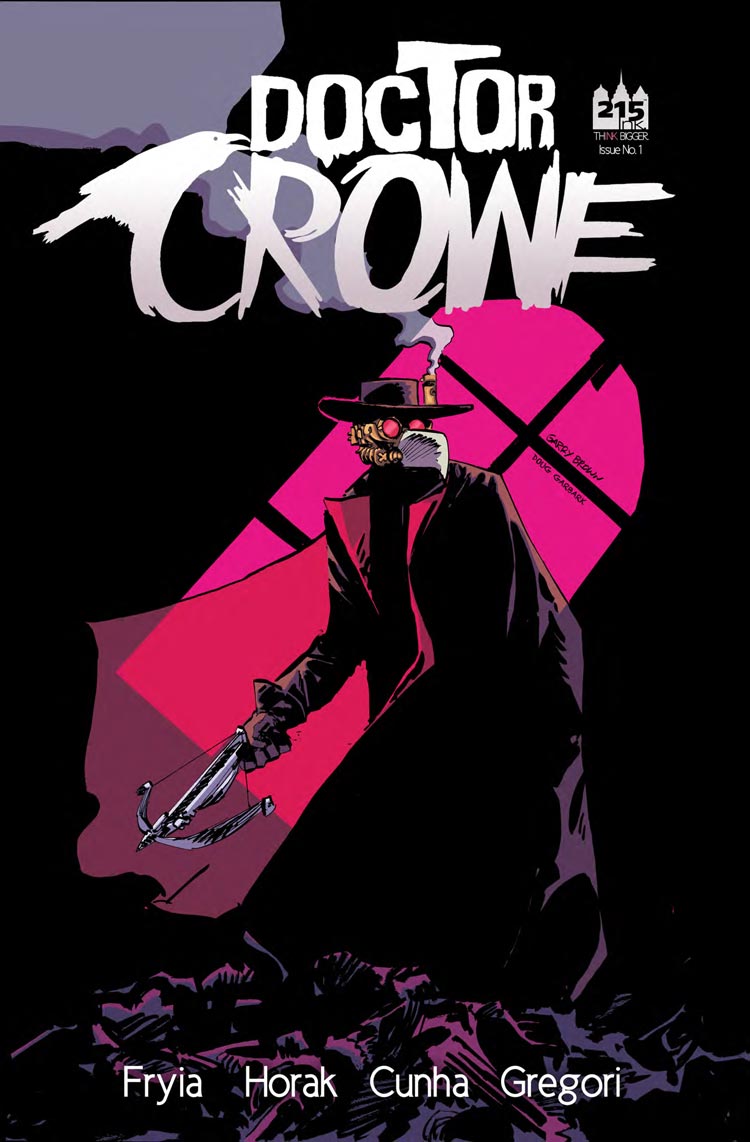 Victor Crowe is like no doctor you’ve seen, but when the darkness comes, and afflictions run deep into the depth of the soul, he’s the one to dig in and pull out the entrails of the darkness. From dreamscapes to haunted mansions to a cursed bedside, Doctor Crowe faces the supernatural head on and doesn’t blink.

For their introductory issue, co-creators Corey Fryia and Matt Horak present a trio of tales designed very much in the spirit of the old Night Gallery television series of the early 1970s. It’s something I saw quite a bit of in rerun as a child, especially with a dad who had — at the time — a penchant for this type of supernatural morality plays. It’s a classic set-up that is much buoyed here by the design and make-up of the main character, Doctor Crowe himself.

Artistically, the character design and associated elements really capture this strange blend of steampunk and horror, leaving the reader wondering if the good Doctor can actually be trusted — or if he is indeed a part of the nightmare himself. That comes through most aggressively (and successfully) in the third short story of the issue, which happens to be the one drawn by Horak himself.

It’s a short, clever little piece, not much more than a mood presentation, that doesn’t have much of an air of mystery about it. But at the same time, it seems to impart the personality and motivations of the main character in the clearest and more fascinating sense. The prevalence of these strange cyborg attachments and the mechanical steed the Doctor rides is so curious, that I am drawn in strictly from the visuals and the tone Fryia sets through minimal interaction and something of an emotional distance.

That allure falls shorter in the other two stories, partly because of the presence of a partner — Nora, appearing in something of a blend of cowboy and Victorian drag — and partly because the visual tone doesn’t remain consistent from first to final page. Both stories are interrupted by a diversion, one a flashback and one a trip into the dreamscape, that doesn’t have the sort of foreboding that the entirety of the final story has. Gregori and Cunha definitely nail the character design and time period, but fall prey to a narrative style that doesn’t allow for it to get as creepy as it can.

Overall, Doctor Crowe seems his most intriguing when we get to watch what he does — and the critical result — rather than hear his narration for what needs to be done. It’s part and parcel to creating the suspense that these types of stories excel at. But given the relative success of the third chapter here, and the really curious design and set-up for Doctor Crowe himself, there’s definitely reason for readers to return for more dark adventures.