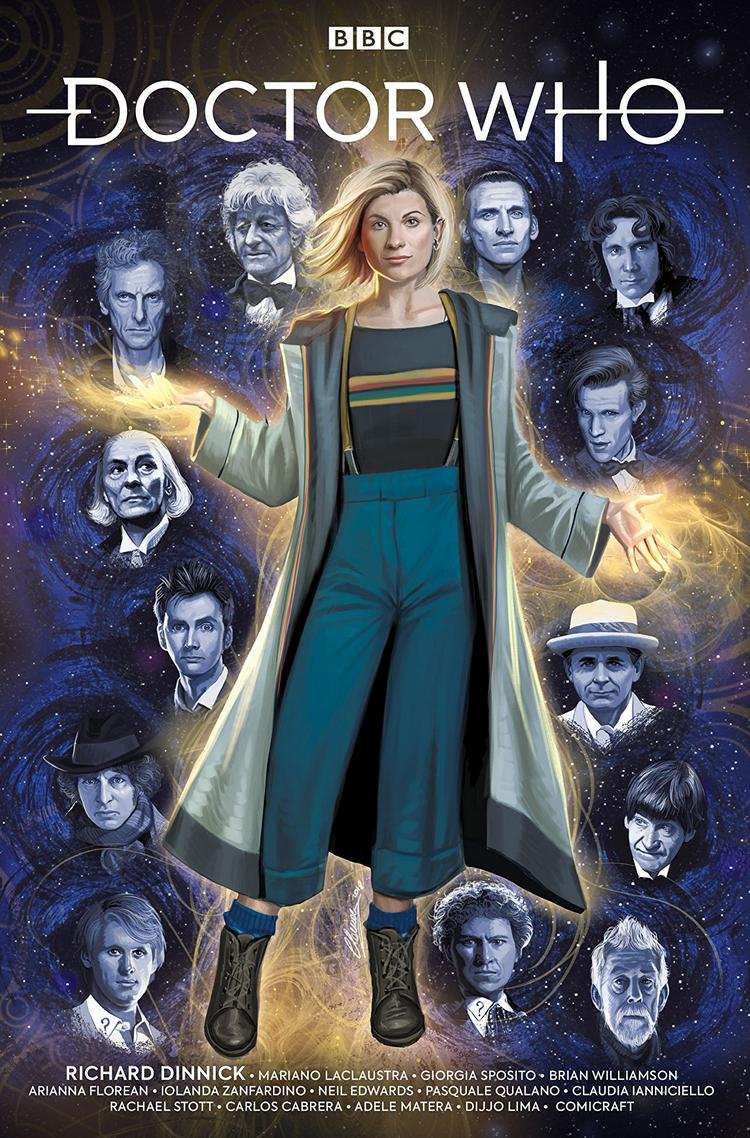 I like how the story is framed, this all-knowing voice speaking to the Doctor and assuring them of who they are and what they shall become. This voice strings all the narratives together, telling the Doctor of their past and what they should look forward to in this new iteration of their life.

I think my favorite scene from the Doctor’s past is probably the Second’s. The story is goofy, the characters are fun, and it was educational to learn that one of the Doctor’s companions just casually wore a kilt. I do think the dialogue for the Fourth’s pages is the best though. When he says “You can’t go appearing on Fifth avenue like this! You’ll cause a riot. Or a fiesta!”, I laughed out loud.

I like how each Doctor is given their own artist. The painted feel of the First’s pages, the harder lines and more pop art design of the Second’s, the more cartoonish designs for the Fourth’s—Each artist brings their own style to the Doctor that feels like it fits that Doctor’s tone, which I appreciate.

It’s fun to see the Doctor’s old bands of friends and companions. I don’t know much about the doctor before the ones from the more recent seasons, so it’s sort of an education on what I’ve always wondered about the pre-2000s Doctors and makes me want to go check out the older seasons of Doctor Who. I definitely want to see if there’s any way to check out The Second, Fourth, Sixth, and Eighth Doctors.

My favorite art probably comes from the Fourth’s pages. The faces that the Doctor makes and the movement within the issue are all just fun and fluid and goofy.

Overall, it’s a fun romp through small snippets of the many adventures of the many Doctors. It’s a good set up for the first issue and I’m excited to see what they do from there.