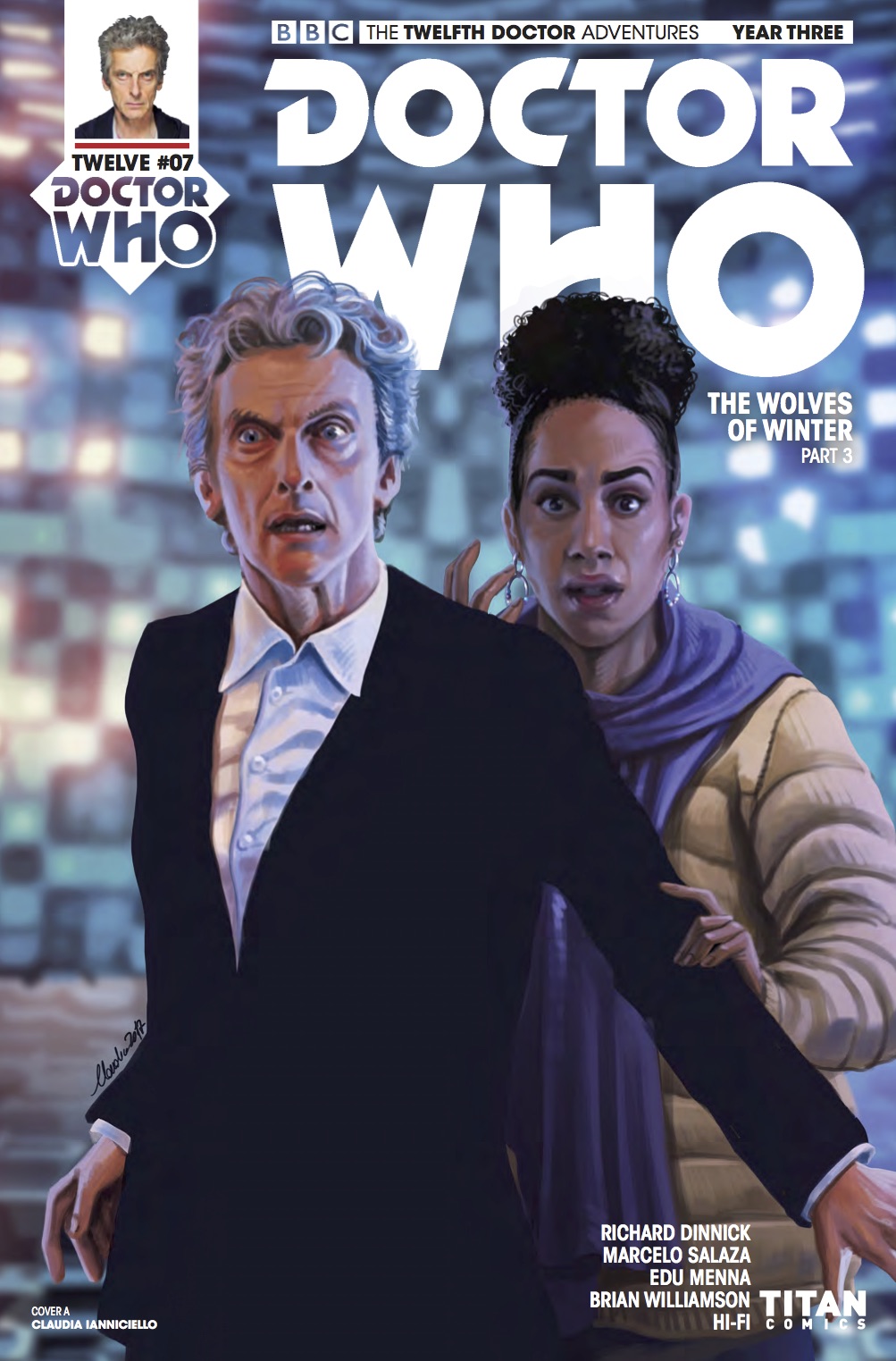 From the very first page, this issue is trying to make every Doctor Who fan burst into tears.

The Doctor has often made it clear that his faith or belief lays in humanity, people and loved ones. This includes his companions. A point is driven home in this issue when the Doctor closes his eyes and begins to recite their names, from his very first incarnation back in the 1960s.

The DW Titan creators all do these little callbacks so well. They lace classic Who throughout these new stories, showing us the Doctor always has been this one person, even if the actor portraying him changes. The Doctor does not forget what he has been through.

This is part three of a story that combines Vikings and Ice Warriors against a old threat, he thought he had taken care of during his days as the Seventh Doctor. Along with many callbacks, there is plenty of quipping dialogue and world threatening urgency. It is clear that the writer, Richard Dinnick, loves new and classic Doctor Who, with his dialogue.

There are a few times where it seems like the story is going to be too vague for fans who have not watched Seventh Doctor serials. However, just in time, the creative team quickly throws out the exposition. The art team merges Doctors and walks you through a flashback that is informative and to the point. It’s a twisting, turning story that fits in perfectly for a series about a two thousand year old time traveler.

The images have a photo referenced feel to them. It can only be assumed that this is to reflect that actual actors who portray these characters. Some people might not be fans of this style.

There are two instances where the layout of the characters in the panels feels awkward, from a character perspective. The first is a panel where the Doctor is excited by what he knows and comes up from behind Bill to tell him what he is thinking and planning. The second is where he taps her nose while speaking to her. These are very “Doctorish” actions.

However, the expressions in this art gives it too intimate or almost romantic of a feeling between Bill Potts and the Doctor which is definitively not present in the show. There is also large amounts of facial shading on the first half and back end of the issue. It creates a disjointed feeling from other parts of the story where features have been drawn in more detail and not covered up. It’s clearly trying to reflect the lack of lighting in the time period. However, the loss of detail left me with a feeling of regret.

Most pages have traditional gutters and panel layout, varied with a few splash pages. When it’s time for the exposition and pacing to go into overdrive the lettering creates a lot of flow, overlapping panels in key areas. It not only helps you to know where to read next, but also makes everything feel like it’s happening at a much more rapid pace.

For those who are not familiar with the classic The Curse of Fenric story, going back to the first two installments of this arc would be most helpful to see how all the key players ended up where they are at the beginning of this issue. Those who are familiar with it and Ice Warrior stories should have no trouble understanding how things fit together, if you are just picking up from here.

As a comics fan some of the facial images in the first half of the story and heavy shading left me disappointed. As a Doctor Who fan this issue left me with a feeling of exhilaration with how a classic story was worked back into the modern era of Doctor Who. To me the story was well worth the cover price.