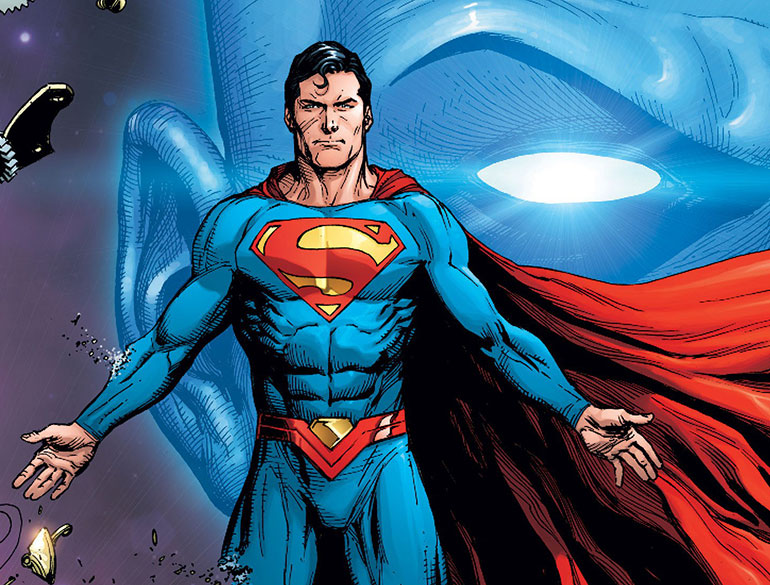 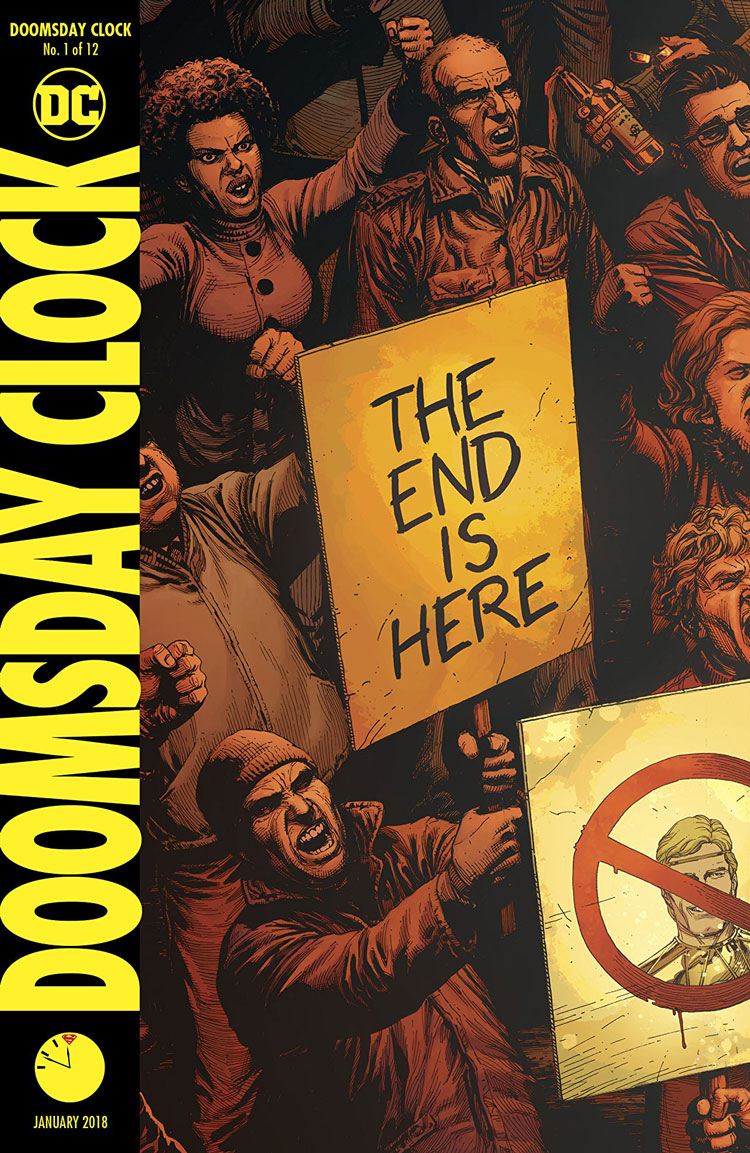 I’m leaving this galaxy for one less complicated.

There is something deeply broken about our world. I don’t think this is a particularly original observation. Nor is it anything new. We’ve been on the brink of us vs. them many times throughout even recent history. And when recalling the horrors of American Slavery and the Holocaust and any number of tribal genocides — that we’ve conveniently flipped past on the newspaper page over coffee because we couldn’t be bothered by what was happening in Eastern Europe or Africa — it’s difficult to picture the United States in 2017 as comparatively devastating.

But we are broken. This country is sincerely divided against itself, so used to being on top of the world that the idea of external dangers is merely “fake news” or a distraction from the reality of what is happening here. We’re so used to the comfort of everyday life that when authoritarianism reveals itself — not arrives, but finally reveals itself — we still don’t want to recognize it. We want to believe that the American dream is still possible.

But agreeing on what that dream is — that’s the rub.

Watchmen was formulated in some ways as a commentary on the slow dissolution of the American dream in the 1980s in the wake of Ronald Reagan’s arrival in the White House (certainly mirroring the rise of Thatcher’s politics in writer Alan Moore’s native U.K.). It was also, according to the author himself, a narrative meant to pick up some of the threads of 1984 by George Orwell, hence its setting in the following year, 1985.

You’d be hard-pressed to find a politically-minded progressive who hasn’t referenced 1984 in the wake of Trump’s autocratic manipulations from the Oval Office, but not unlike Ronald Reagan’s ascension, Trump did not arrive out of the ether. Our current commander-in-chief is a symptom, not a cause, of the devolution of the American dream — economically, culturally, and politically. Inasmuch as he is a severe reaction to the audacity of a Black man improving the state of American lives without scandal, Trump is white backlash incarnate, uncovering a racial divide that was never not here and an economic tumbling that’s leaving the poorest among us (across all racial lines, mind you) in the literal dust.

This is the world Doomsday Clock is formulated to represent. As a direct sequel to the 12-issue series by Moore and artist Dave Gibbons, Doomsday Clock posits that the Watchmen universe is much like our own, coming apart at the seams in the aftermath of a short-lived era of advancement. It was a period of seven years led into a new gilded age not by a Black man whose early years were filled with community organizing and a message of hope, but by a charlatan of classic Aryan descent, whose very name is a European whitewashing of the Egyptian King Ramses II.

It’s the hand dealt writer Geoff Johns in the process of taking a classic work that doesn’t recognize race as a factor in 1980s politics, but it’s a difficult one to rationalize as a progressive reader in 2017. Certainly the parallels between Watchmen and the state of America remain apt — it’s part of the genius behind Moore and Gibbons’ original work that it bleeds existential struggle to such a degree that it continues to resonate no matter what the specifics of our political morass. But in the attempt to modernize its narrative, Johns is losing a bit of the complexity that made Ozymandias’s original campaign so treacherous and horrific and heroic — and relatable.

Now the most-hated man in America and on the run, Ozymandias isn’t a controversial figure. There’s no sense that 34% of America (or whatever ridiculous number still cleaves to the “President” elected last November) sees something different than their political opposites. If Ozymandias’s goal was to unite the world, he may have succeeded in one regard — everyone sees him as the villain.

And that’s not a compelling extension of the relatively melancholy, but infinitely more ambivalent, place we were left when we last visited this world. Nor is it even as complex as the world we live in now, which snubs its nose at fiction on a daily basis for ever wondering about the credibility of the outlandish.

Don’t get me wrong: Doomsday Clock #1 is unquestionably a beautiful comic book. Gary Frank was uniquely fit as a choice to illustrate this tale of two worlds, as his figures tend to run a little cold emotionally until that bright bit of spark is added. Sometimes, it’s just the equivalent of an eye twinkle, but there’s always this sense with Frank’s facial expressions that the crack in the veneer is what lets the light through, especially on Superman. So, to see his handiwork on characters that have a certain deadness to their psychology juxtaposed with what we know he can do with classic DCU characters, it just makes sense.

Frank’s pacing doesn’t have the narrative elegance of Gibbon’s original Watchmen #1, nor does the plot reflect the same thickness of story that its predecessor had, but it does have some lovely moments where it breaks the nine-panel grid to pleasant success. The scene in particular where Rorschach is approaching his former stomping grounds is paced beautifully and has the kind of air comics in the 21st century feel entitled to that just weren’t common practice in the 1980s.

But that is a little of the disappointment in Doomsday Clock‘s structure. It just doesn’t have the full weight of information per panel per page that either Watchmen or our own world have. So when you juxtapose 1992 in Doctor Manhattan’s former digs with 2017 in a post-Rebirth DCU, the distinction isn’t strong enough, even with as little as we get to see.

If the DC Universe is that galaxy less complicated — maybe made more complex by the arrival of the man in blue (hard to say at this juncture) — the Watchmen universe certainly should be at least as complicated as our own. Because I get the idea that Superman and Batman and Wonder Woman represent something better than we are, a simpler morality that we should strive for. It’s unquestionably why we have read these heroes as a culture so voraciously for over 75 years. And why Watchmen stood as something so starkly different.

Because it wasn’t the world we were meant to strive for. It was the world we already lived in, with some horrors uncovered and laid bare. But its also one that doesn’t address the root of the real racial divisions that have been building in America since the year of its birth and many generations before. And knowing that we may have overshot what made Watchmen such a cautionary tale to even more painful divisions is a narrative problem. And one that isn’t compensated for in Doomsday Clock #1’s narrative or its short back matter.

There’s a lot more that could be said about the introduction of Blackness as a device in this issue, or the pleasantly surprising expanded cast that harkens back to more of Steve Ditko’s original vision for the inspirations behind Watchmen. Without spoilers, it’s difficult to dive in too deeply on some of these details that are sure to grow and expand in future issues. But my hope is that this series, curious and aesthetically pleasing as it is, will touch on some of them in a way that will resonate more deeply than they may have in the fleeting glance of a first issue.