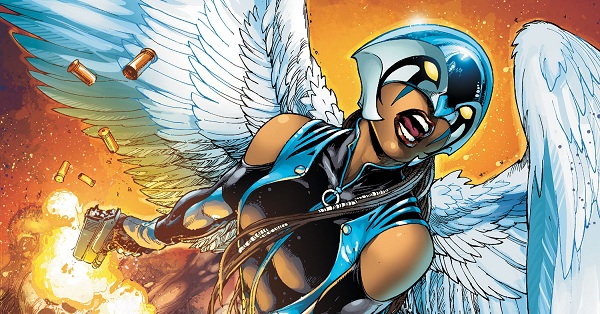 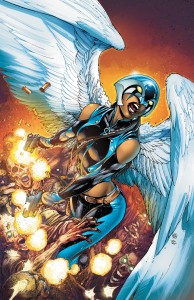 The Atom makes his bombastic (and surprising) debut as the second generation of heroes begins to come together on this alternate Earth. They’re not quite the Justice Society yet, but Green Lantern, the Flash and Hawkgirl all face off with Solomon Grundy as the Rot threatens to take over the world.

As a completely fresh start for characters to whom fans of multiple generations have a deep connection, Earth 2 could have gone so wrong in so many ways. It’s a recipe for disaster, really, to eliminate 70+ years of history and change the look and atmosphere of the characters — and world — we once knew. Yet, Robinson has managed to slowly reintroduce heroes that, at their core, still resonate and feel the same way they always have. Alan Scott is stoically heroic. Hawkgirl is smart and fierce. The Flash is eager and earnest. Even the voice of Al Pratt, who hasn’t appeared in a DC Comics monthly in 18 years, sounds precisely how you would imagine him: thoughtful, determined and just a little bit gruff.

The Atom’s origin here is laid out with enough mystery to keep us guessing, but enough information that it doesn’t feel obtuse. The interaction between Hawkgirl and novice hero Jay Garrick (now dubbed the Flash in a TV interview by a gentleman he saved in issue 2) comes off as wonderfully natural, helping to both connect these two characters and move the plot along effortlessly. Green Lantern has his first experience with his newfound powers and we’re left wondering if the rules we all know are still in play.

It’s that uncertainty, the sense that anything can happen, that makes Earth 2 so compelling. Few moments in my 30 years of reading comic books have left me on the edge of my seat — literally dissecting every panel for clues and endlessly speculating — the way this book has, and almost none since I was a teenager. Every issue ups the ante and reassures me at the same time that these are the heroes I’ve known and loved all my life. No small feat there. Kudos to the entire creative team and DC for taking a chance on it. It paid off in spades.