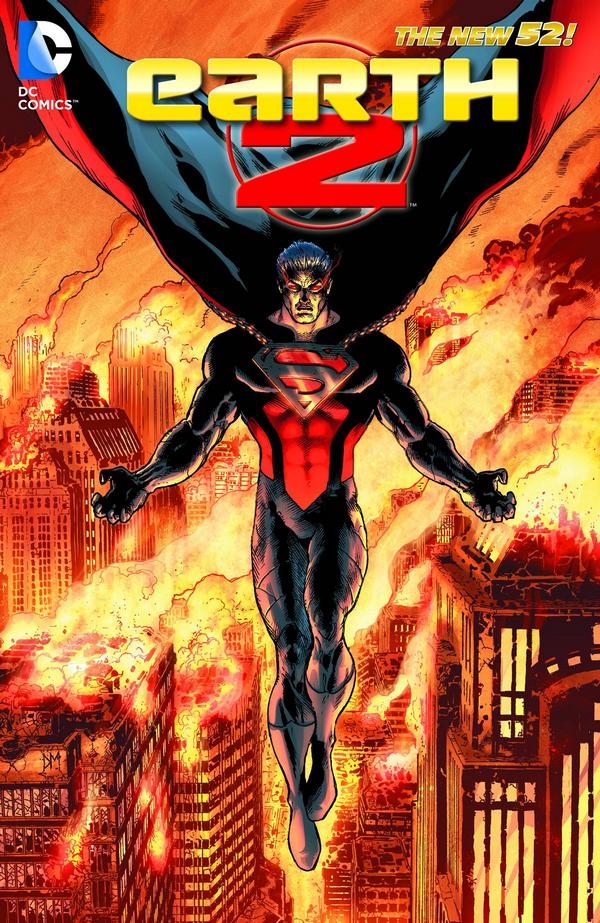 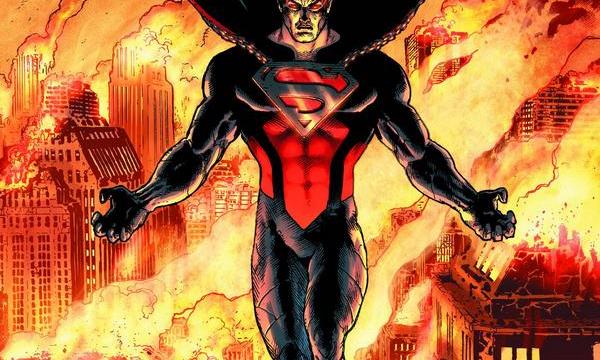 The writing reign of Tom Taylor begins as readers are treated to more stellar Nicola Scott artwork in the fourth volume of Earth 2.

Tom Taylor begins his run on Earth 2 by tearing things down, unleashing the mighty Superman as an agent of Darkseid to destroy the world of Wonders. Taylor unleashes hell upon the cast of characters that readers know from the Robinson run in this volume, showing a Superman that tears through this Earth 2’s heroes with ease. When the greatest hero of them all is unleashed as a villain there is little to feel but despair and Taylor shows that well. His dialogue for the characters we’ve spent the past three volumes with is consistent with Robinson’s take, and the new characters that he shifts the story to are interesting to read. The shift does make this comic feel like it has transitioned to another series completely, but Taylor writes the characters well enough that Earth 2 remains an interesting read under his watch. He creates several interesting dynamics in this volume that strengthen the series as a whole, though I will admit the epic feeling that Robinson built into Earth 2, that a single comic was examining an entire world of heroes, leaves by the end of this volume. The focus on a smaller cast of characters evading the wrath of Superman brings the story down to a much smaller level and the grand scope that Earth 2 once had does appear to be leaving.

In this volume readers learn the identity of the Earth 2 Batman and spend more time with Red Tornado as well as a few other surprises, and it is obvious Taylor is putting the pieces on the board for the upcoming weekly World’s End. These are some strong characters that are enjoyable to read, and it will be interesting to see how they fit into the larger picture with the “original” Wonders. Taylor proves with this volume of Earth 2 that his work on Injustice is no fluke and he has a great handle on alternate DC realities, bringing interesting dynamics to established characters to give readers a new glimpse into what they can be.

Nicola Scott continues her strong work on the series, delivering rock solid page after rock solid page as she sets Superman on a path of destruction through the world she has established. The heroes of Earth 2 never look better than they do by her hand, and her work in this collection shines. She and Taylor tell the tale of destructive Superman extremely well and Scott delivers several jaw dropping images of devastation throughout the collection. Barry Kitson and Robson Rocha handle their duties well, though their work does not hold a candle to Scott’s. There are inconsistencies in their pages that simply do not exist in Scott’s work, and when you read this series in a chunk like this it is extremely obvious that Nicola Scott owns the world of Earth 2. From the standpoint of this collection, it is a shame the Scott issues didn’t round out the story as the quality of the artwork does decrease at the end of the collection and the volume starts on a high note rather than ending on one.

The one criticism I have of the artwork surrounds the costume design of Red Tornado. The hyper sexualization of her android form leads to some awkward panels and moments in the collection and I found it detracted from the story at points. With the huge number of redesigns in the New 52, and Earth 2 specifically, this one was a let down and the appearance of Red Tornado diminishes the character greatly for me throughout the collection. She is not given the same respect visually as she is in the script, and the net result is a character whose power in the story is undercut by her appearance.

Earth 2 Volume 4 continues to have the excitement of the previous volumes despite a writing change and some new artists in the latter half of the collection. This is still a very interesting world to read and Tom Taylor is obviously building toward something huge. This is a transitional arc as readers won’t find any resolution in the storylines, but Taylor and Scott deliver a solid volume that will leave readers wanting more. The cast of this universe is getting massive which builds a level of excitement in Earth 2 that is unique in comics in the big two. Nowhere else are you going to find an alternate universe as fleshed out as this, and four volumes in it is impressive what Earth 2 has accomplished.