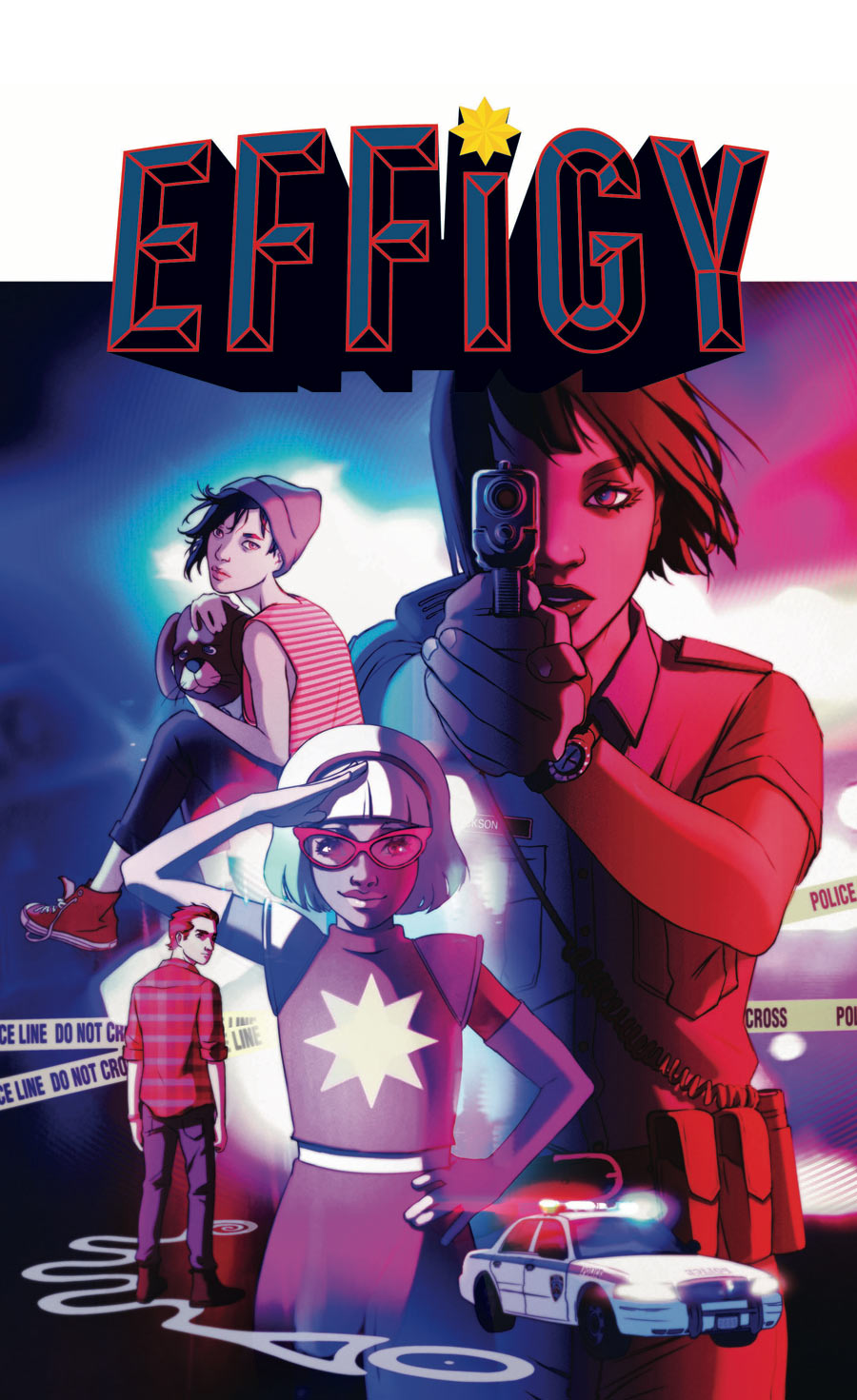 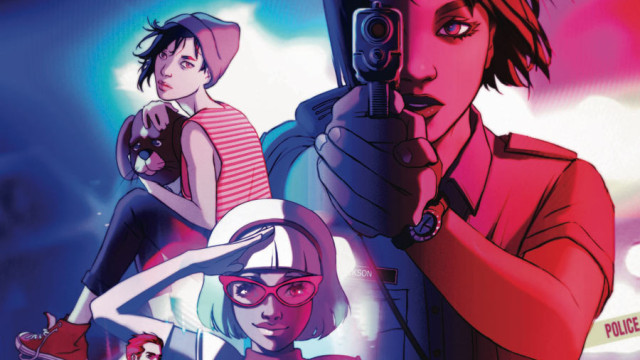 What happens when child stars fall out of the limelight? Ask Chondra Jackson, the famous Bebe of Star Cops, a sci-fi police show featuring kids (and one cute anthropomorphic dog) solving space crime! Now she’s a real cop, spending her days writing tickets, getting yelled at, and living in humdrum Effigy Mound, OH. That is, until her big break hits… a murder.

Tim Seeley launches another creator-owned series, this time with Vertigo, after a string of success with Hack/Slash, Revival, and Sundowners. And like most of Seeley’s independent work, we have a fascinating woman at the center of Effigy. Neither particularly sympathetic nor your traditional Mary Sue, Chondra is the kind of character you just want to cringe a little in embarrassment while she’s talking.

It’s not that Chondra is a bad person, or even that un-self aware, but man, she is more human than we usually get from scripted leads. You know that moment where you’re being dickish and you know you’re about to go too far, but you let it slide over that line anyway, and you regret it? Yeah. That’s in here.

And it’s pretty awesome if you think about it. While scenes like that can be kind of off-putting at first, what Seeley constructs is a genuinely flawed character, and not romantically flawed either. Chondra’s personality, her relationship with her mother, her ambition, and misguided thoughts about her own infamy are all a big swirl in this issue, and it serves a pretty strong introduction to her character.

Where the issue feels light is in providing a strong hook for issue #2. This is not wholly uncommon, it seems, for my reaction to Vertigo titles these days, but I’m not sure why that is. Is it that these titles are more crafted for the trade collection? Is it that I don’t read enough of them monthly to get into the pattern? Nevertheless, it feels like the jump to the next issue actually happens two pages before the end. And I’m left scratching my head about why this guy’s pee is so important (you’ll see).

The art by Zarcone and Hill start the book very strongly in a flashback sequence to Chondra’s childhood as a TV star. The sequence is fun and light, and the colors are perfectly chosen to capture the wonder and silliness of the content. Once the transition back to 2015 occurs, though, the pencils and inks don’t seem nearly as clean and complete.

The one sequence that does rival the first is its absolute polar opposite, a sex scene involving a prostitute fan of Chondra’s childhood alter ego. But barring that, the backgrounds, faces, and body language all feel a little too flat.

An interesting start to a book that could have great potential, particularly in giving Vertigo another fascinating female lead character, Effigy #1 does some really strong character work. I’m left waiting for a bit more of the plot to hook me in issue #2. Knowing the pacing a lot of Vertigo titles take, I’m pretty confident I’ll get what I need to latch on soon enough.