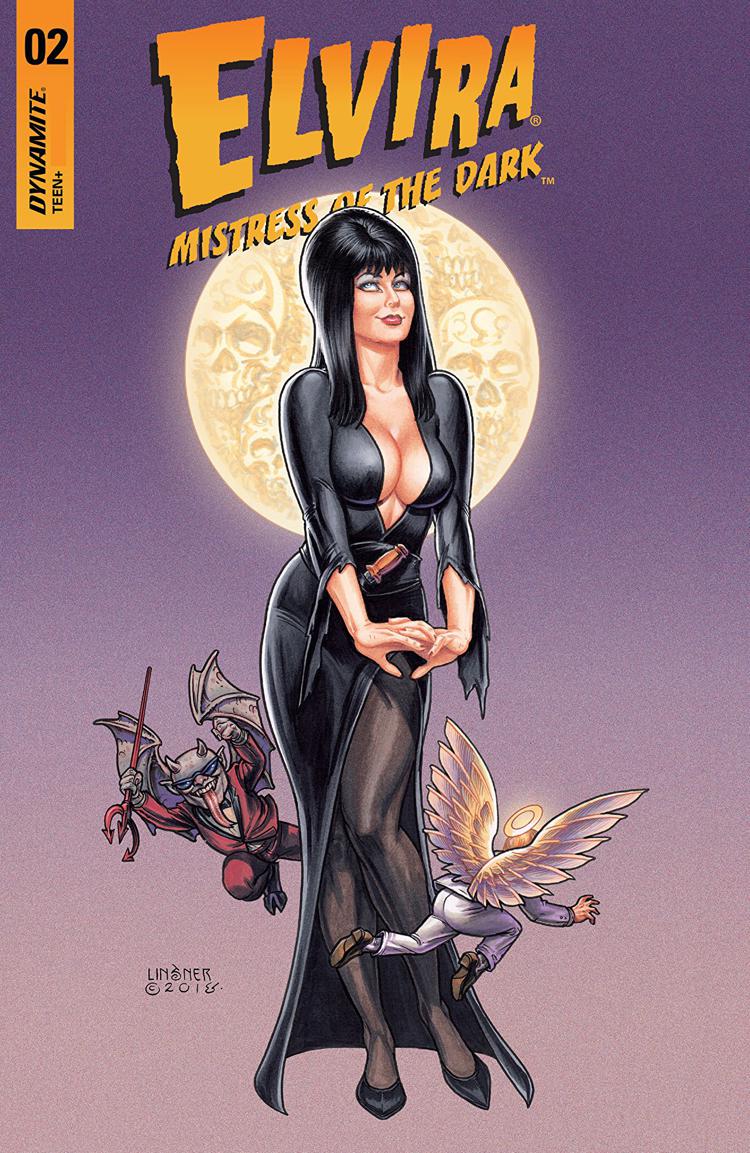 The long awaited second issue of “Elvira: Mistress of the Dark” was well worth the delayed satisfaction, as it somehow even outshines its outstanding debut. The laughs are rapid fire, barely allowing one’s breath to be caught between jokes – each one more hilarious than the last. The humor darts back and forth from simple to complex, which allows a wide demographic to be appeased in the comedy department. The precision of that balance is an art in and of itself. David Avallone is a linguistic acrobat, and he requires no net of any kind.

Elvira #2 takes us back to the time of a Mr. Edgar Allen Poe. He’s kind of a big deal in the vein of horror history, so hopefully you’ve heard of him. There’s absinthe, ravens and a poetic vernacular that’s worthy of an Olympic gold medal in “clever.” In short, everything you’d hope for in a comic about the godfather of horror himself, or simply “Eddie” as Elvira calls him. They’ve kind of got a rapport going, here. Just like the previous issue, there is a villain to be out-smarted and a day to be saved, and who better for the job than our macabre mistress herself? She’s got style, she’s got, well, maybe not grace – but she’s got great big…..spirit. What did you think I was going to say?

The artistic design of Dave Acosta is unmatched. The facial expressions alone would be an important enough subject to linger over, but there are so many noteworthy aspects of his work that I will indeed move on. The cartoon-like style of this artwork is paramount to its genre, allowing the comedic aspects to really shine – and yet the lifelike quality adds a unique depth to the characters. The only thing that could possibly upgrade it? Andrew Covalt’s coloring, of course. Vibrant, beautiful, accentuating…the colors are to die for. Obvious puns and bad jokes come with the territory, ok?

With Halloween culture gaining popularity every year, it’s the perfect season for “Elvira” to thrive. Now is the perfect opportunity jump in and join the horror hostess with the most-est on her adventures through time and space. The team behind “Mistress of the Dark” has concocted a masterpiece, and this is not something you want to miss.