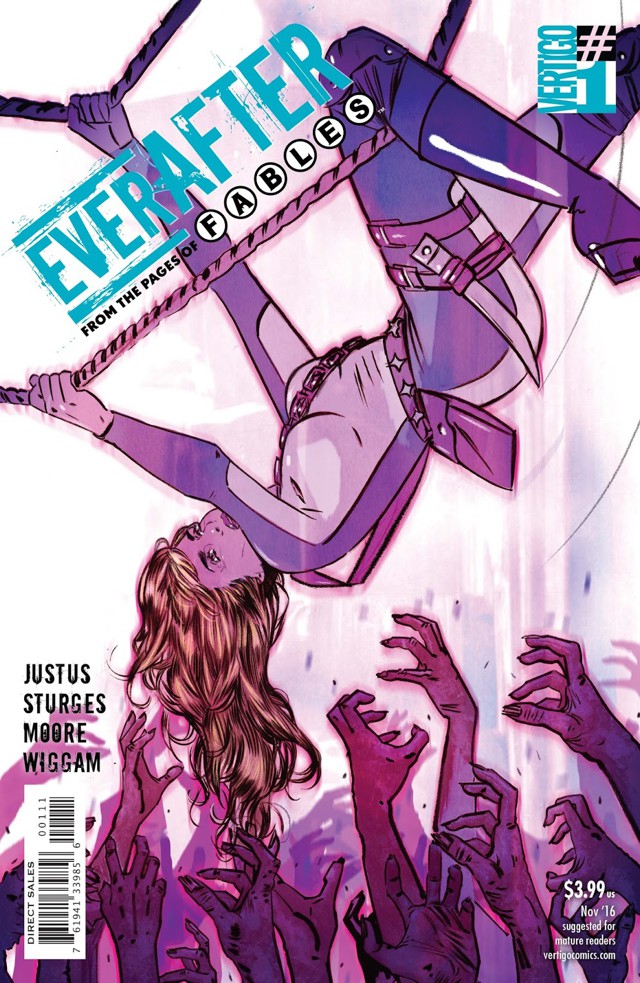 Fables may have ended, but the universe is still ripe for storytelling to occur. Justus, Sturges, Moore and Wiggam take an already rich world and add to it with this first issue, a solid kickoff for what could be a very interesting series.

I’ll admit I’m not the best versed reader of the Fables realm, having only read a handful of issues over the course of the series. I know the basics about the world and who some of the major players are, and the best part about this issue is that it doesn’t matter what I know or don’t: Ever After #1 is fully accessible to readers of any Fables knowledge.

I’m sure Justus and Sturges fill the issue with moments that mean more to long time readers, but at no point did it feel like I wasn’t in on the gag. They set up the characters in the issue nicely, and the primary plot is intriguing. The duo excel with their dialogue, particularly the banter between characters. The plot had enough curves to keep me intrigued and they hooked me enough to ensure I’m in for a second issue. Overall, they wrote this opening salvo of a story well.

Travis Moore and Michael Wiggam are a sharp art team, delivering some great work. There is a superhero flair to their work, and their tone fits the Fables universe well. Moore’s pencils are sharp and he executes the more shocking elements of the story with precision. Wiggam’s colour work sets a good tone for the artwork and script, and I enjoyed the palette he chose. The artwork elevated the script and the whole story was cohesive.

Ever After #1 was a strong start to a series that has a lot of promise. The Fables dream lives on, and Justus, Sturges, Moore and Wiggam have laid the groundwork for something that could be really entertaining and you could do worse than giving Ever After a shot.