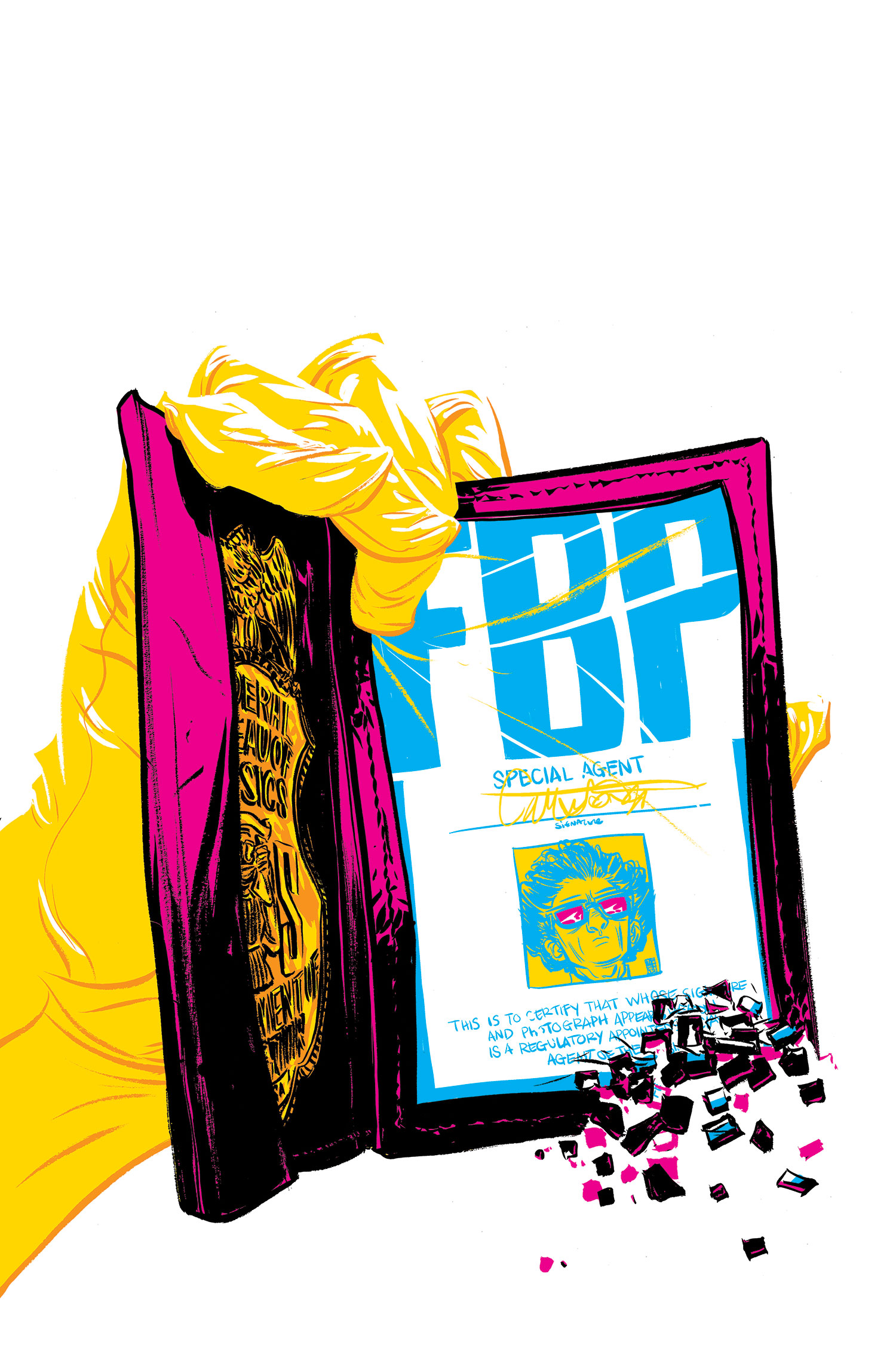 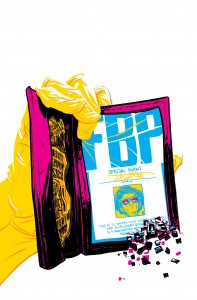 FBP: Federal Bureau of Physics #2, formerly known as Collider, fires up the former namesake machine in this issue filled with multiverses and agency drama.

Simon Oliver has a concept with a lot of potential here, one that feels like a cross between B.P.R.D., Powers, & the science and vibe of Nowhere Men, but in a way that is part of the problem with FBP: Federal Bureau of Physics. In issue #2 there is nothing to really differentiate the title from those that have come before it, and at the end of the issue I felt like I’d read a comic without any real identity. One of the strongest parts of the Vertigo line, historically, has been the unique angle of the titles published under the banner, and this issue was missing that completely. There were some interesting moments in the issue, particularly the theories of ‘bubbleverses’ and the Collider itself, but much of that was lost in vague and cryptic discussions between FBP officers. The cryptic dialogue feels as though it is intended to shroud the title in mystery and build tension but rather comes across as simply incomplete and missing critical details for the story to have any meat on its bones. The final three pages are the strongest of the entire issue and provide a glimmer of hope for the title going forward, but as a whole the dialogue and pacing of this issue falls very flat.

Part of the reason the pacing of the issue falls flat is due to the artwork. Rodriguez’s style is not well suited to the first two thirds of the issue, and someone penciling in a hyper-stylized way such as this is better utilized working in the semi-psychedelic world present in the final third. The pencils in the first two thirds of the issue are extremely inconsistent, even to the point of characters speaking without mouths, and primary characters appearing with extreme differences from page to page. I’m not against stylized art by any means, but in what is essentially a talking-heads scenario, attention to consistency is even more important that in the middle of action. The artwork pics up dramatically during the final third of the issue and the mission into the bubbleverse, but not enough to erase the memory of the majority of the book.

FBP: Federal Bureau of Physics #2 suffers from some slow pacing, vague-to-the-point-of-aggravating dialogue and inconsistent art, but does show a glimmer of hope for issue #3. Those who enjoy paranormal investigation agencies may want to give this a shot, if only to see if the seeds planted in issue #2 pay off down the road.