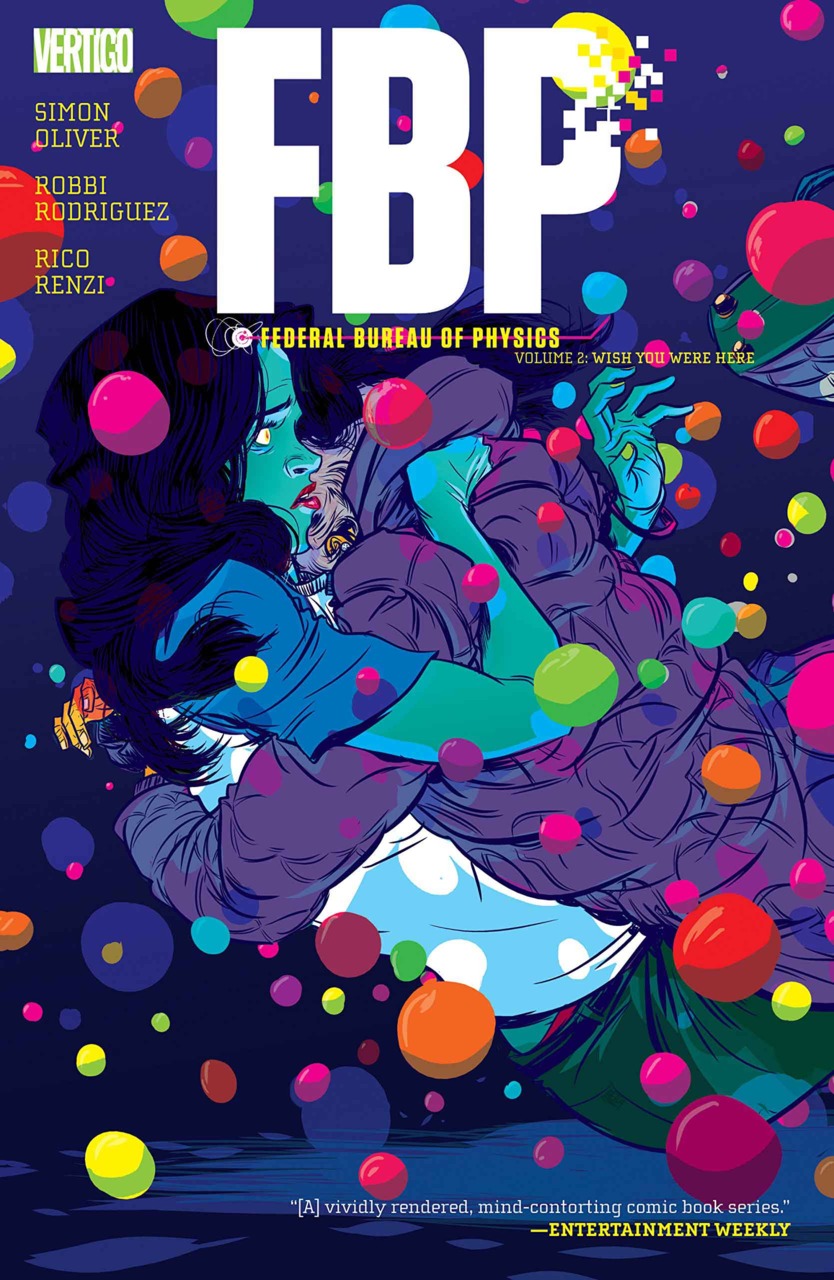 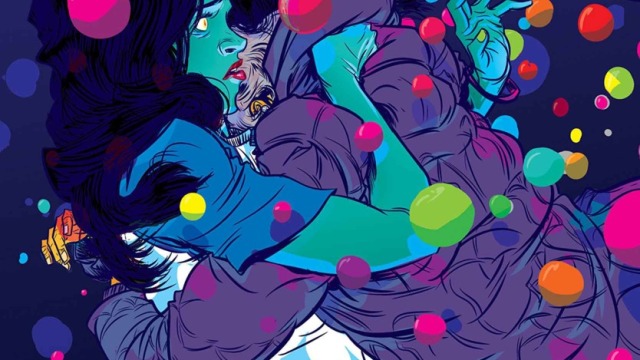 When a town in the middle of Alaska claims to be experiencing all kinds of extra-normal physical activity, it may raise an eyebrow or two. When the entire world is in quantum chaos one minute to the next, Nakeet, Alaska becomes just another place on the map. As belts need to be tightened in the Federal Bureau of Physics, Adam, Rosa, and Cicero head up to the great Northern state to close down a colleague’s facility. And the experience they have up there — well, it’s out of this world.

Returning for a second volume of FBP wasn’t necessarily a foregone conclusion, as the first volume was a really slow burn for me. But everything that made the conclusion of volume one deeply satisfying is only magnified throughout this latest collection. Oliver has solidified and deepened the relationships he fostered among his characters, particularly between Adam Hardy and Rosa Reyes — agents and partners in the FBP. And without a doubt, that relationship (and their individual differences) is one of the key aspects that propels the story significantly forward.

Without Hardy, Rosa is an insulated enigma. Without Reyes, Adam is a reckless man with a mission. They are both driven and looking for the secret to reuniting with their fathers, one way or another. And like the best partnerships, a la Mulder and Scully, they balance — an odd phenomenon in a book predicated on the unbalancing of physics.

The writer’s introduction of new character, Professor Sen — like Rosa — adds a wonderful blend to the existing threesome of Hardy, Reyes, and Cicero. Her presence again acts like a balance to Cicero’s otherwise esoteric demeanor and distance from his charges. In a sense, these additions humanize their counterparts, but not at the expense of their own fascinating personalities, motivations, and back-stories. Sen, one of the very very few transgender characters in comics, is a breath of fresh air to nearly every scene she inhabits, embodying a sharp wit and natural authority, as well as paling Cicero in the brains department. Their history makes for Sen’s natural introduction, and I can’t say how greatly it pleases me to see such a strong trans character making her debut. 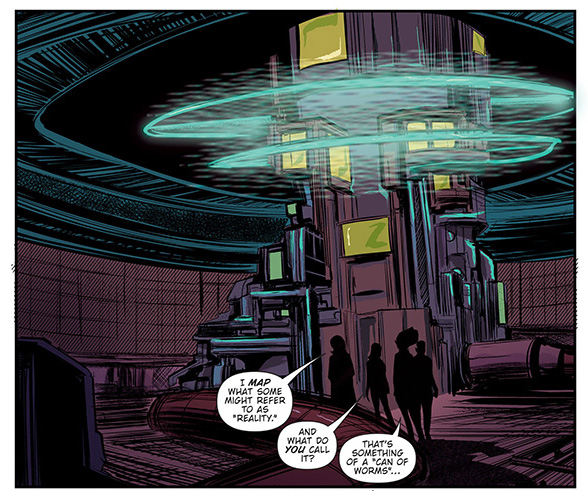 The plot itself lives well up to the characterization, as a seemingly ordinary shut down turns into an exploratory mission between what is really real, and what is real in your head. Distinctions blur and physical experience and time crisscross, to the degree that I’m not entirely sure it linearly makes sense and I understand that may be the point all along. The story has taken a much more interesting turn with this exploration, relying not solely on physical discrepancies like gravity wells and wormholes, but full-on quantum realities and probability. It’s smart and it’s compelling and it feels like X-Files in its heyday, only better because the creators are not limited by the scope of a television screen. The comic page can do anything.

And it does, as Rodriguez delivers a much stronger volume of work than was present in the previous set of issues. When characters have awkwardness about their structure, it is always in service to emotional delivery. Linework is beautifully sharp, except in the instances where physics is breaking down. And in those cases, the scratchiness that was so prevalent in previous issues is a welcome distinction. The scenes depicting the balls from Newton’s Gulch are gloriously beautiful in one instance and frighteningly dangerous in another, and carrying that off amid a character drama is quite impressive. 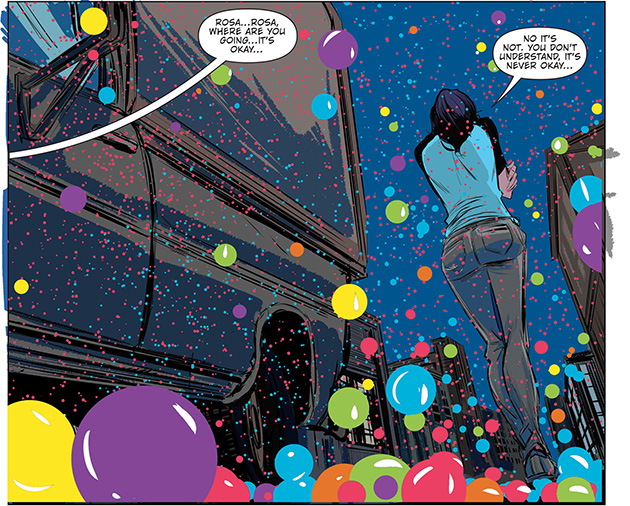 Of course, Rodriguez’s pencils aren’t meant to be naturalistic, and while that’s usually a bug in my personal taste, here I think it works wonderfully for me. Rosa and Sen are never anything but stunning; Cicero is somewhat a caricature of the geeky scientist, while simultaneously remaining very unique. And the partnership the artist has with colorist Rico Renzi creates a great package for both quiet moments and wild quantum disturbance. This volume is colored a bit darker, owing I presume to its setting in the land far north, but the contrast we get, particularly in the snow storm (or is that static?) is quite beautiful.

A fantastic story that proves not every series has to start with a bang, FBP Volume 2 is the perfect book to hand off to that old school X-Files fan, or just anyone who loves a little bit of mystery with their impossible science. Highly recommended Vertigo series all around.