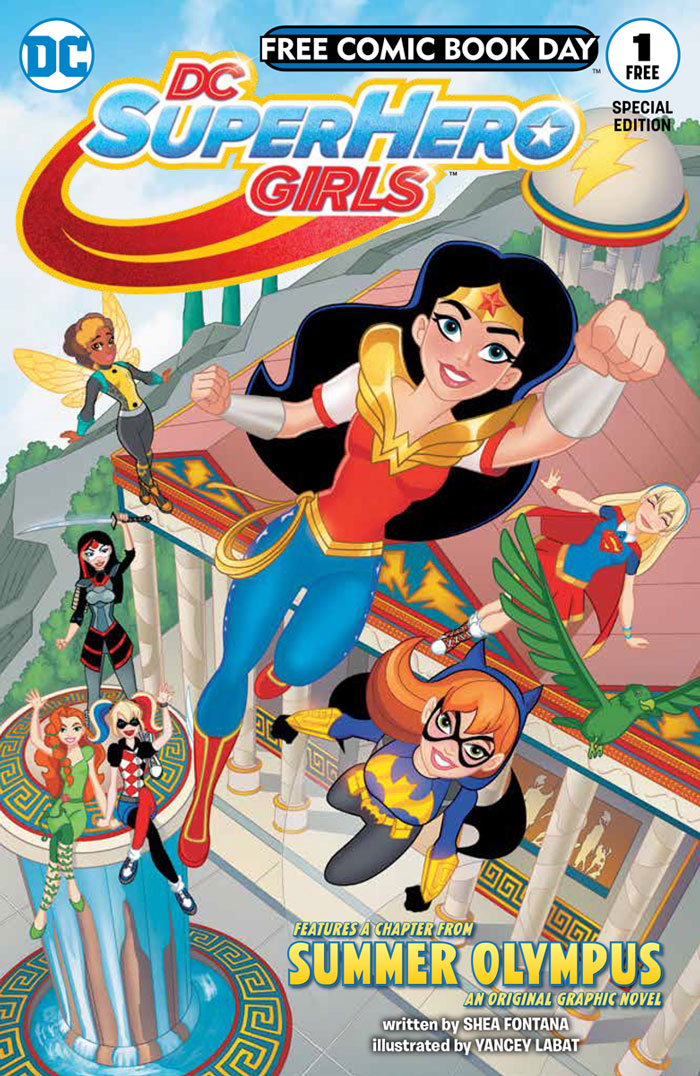 It’s summer vacation and what better way to spend the summer off than with your dad — king of the gods. But who will go with Wonder Woman to offset some of the awkwardness?

This year, DC Comics is doubling down on Wonder Woman goodness in anticipation of the feature film arriving next month, a movie I’m sure is going to attract an audience from the very, very youngest girls to the oldest comic book fans, female and male alike. Covering both extremes with its Free Comic Book Day offerings, we have a reprint of Greg Rucka and Nicola Scott’s first issue of Wonder Woman: Year One (which should mirror a segment of the upcoming film — and is also GORGEOUS) and a preview chapter of the upcoming DC Super-Hero Girls original graphic novel Summer Olympus.

Centering the narrative on Wonder Woman’s summer vacation away from Super-Hero High, writer Shea Fontana  — herself an upcoming monthly Wonder Woman writer this summer — gives kids frequenting Free Comic Book Day a primer on the many colorful characters that occupy this world and a great set-up to some solid hijinks to come. It’s also worth noting that this story, and the subsequent kid-sized graphic novel available in July, could be a great resource for kids with divorced parents, who have to split time or vacations between families.

Wonder Woman eventually finds her support from perennial bestie Bumblebee, but the low key anxiety present in the pages is handled so well by Fontana and artist Yancy Labat. It’s still fun and light, but doesn’t steer away from real emotions. Truly, as an adult reader, I find a lot to love in DC Super-Hero Girls, but the real joy is what it can bring to younger readers.

As Wonder Woman begins to appear around every corner with the arrival of the film, this is a great way to get the youngest among us on board and ready to experience the specialness that is Princess Diana of Themyscira (nee Olympus). I for one can’t wait to read the entire story, but for now, this is a great way to tide the youngins over and bring home something the entire family can enjoy together.