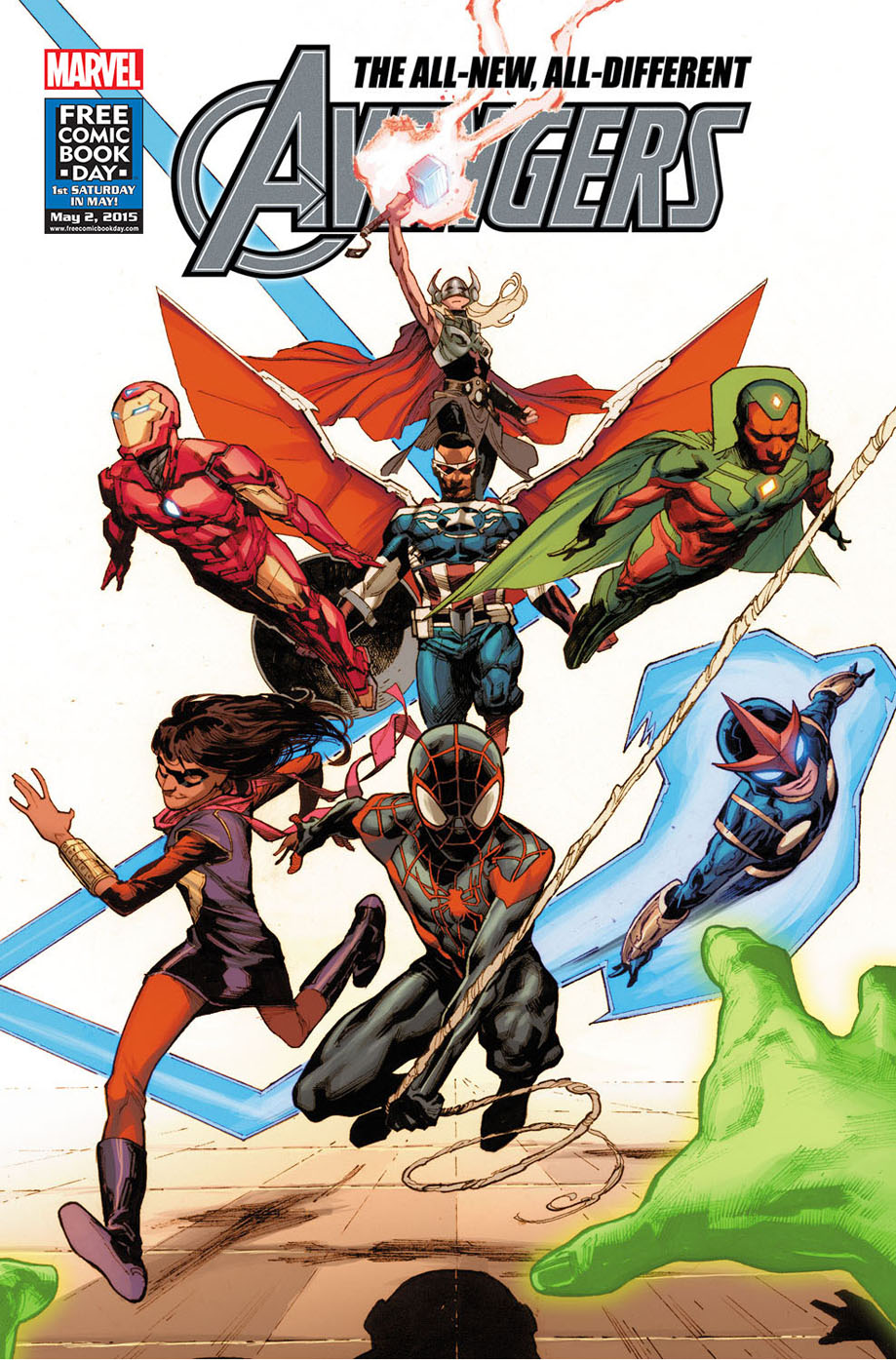 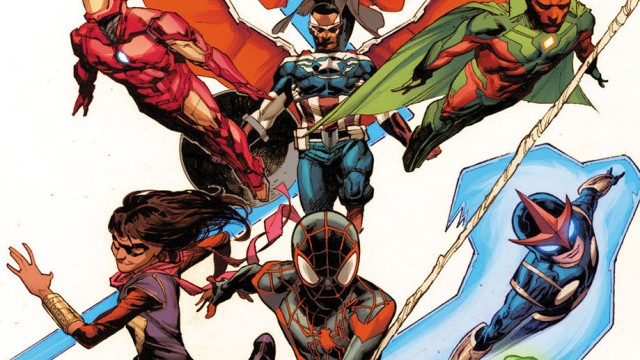 Free Comic Book Day books are always a little tricky to review. For one, they’re rarely, if ever, full-sized single stories. There are a lot which are simply previews of upcoming material, but the best are original stories that lead into bigger stories coming soon. They have to both attract existing fans to stores (to theoretically bring along their uninitiated pals) and work for someone who may never have been exposed to a comic book before. In short, they need to be everything for everyone in 8-page bursts.

That’s a tough spot to be in as a creator or a publisher.

Fortunately, for Marvel Comics, their creators were well up to the task this year.

In what is unquestionably the best offering from any major publisher for Free Comic Book Day this year, Mark Waid and Charles Soule write a pair of tales that set the course for the new Marvel Universe coming this fall, making it clear that fans old and new alike are in for a real treat.

With the debut of the All-New All-Different Avengers, Waid introduces us seamlessly to a cast of characters that both excite and intrigue. Seeing how the writer splits apart and pulls together the seasoned members from the newbies is a great allegory for what I presume is Marvel’s best result for their upcoming reboot: that there’s a place for everyone, no matter how indoctrinated to their world, in their new Universe.

The youthful determination of Spidey (interestingly, Miles is never referred to as Spider-Man), Ms. Marvel, and Nova is apparent, as is the stoic optimism of Captain America, Thor, and Iron Man — of whom, at least two of the three are new to the titles, if not super-heroing. Set in the center is the Vision, whose role here I find myself most curious about. But the diversity of the cast chosen, its size, and their exceptional banter makes me believe Marvel really is putting their weight behind changing the face of their comics. And I couldn’t be happier.

Mahmud Asrar is the perfect choice to take this version of the classic team into its future, as he creates a dynamic flow of action without losing the most fun and amusing facial expressions throughout. You totally feel Ms. Marvel’s excitement and worry, and it makes her the focal point character for the story she deserved to be. And Frank Martin’s colors also give us the energy we want from the team, without sacrificing the idea that they are still grounded in real world disasters.

Soule’s Inhumans story is a little less momentous in its reveals, but no less encouraging of the direction the Marvel Universe is headed. There’s almost another beautiful metaphor in the description of the Indian caste system that speaks to how a lot of fans feel about the chances at diversity in a comic book universe. And yet, as the Terrigen Mist blows in, we have two new characters of Indian origin joining an already diverse cast. The idea of the Inhumans is well explained for the uninitiated, and their growing importance to the Marvel brand makes their appearance here a worthy one.

What’s truly astonishing about the second, Uncanny Inhumans story, however, is the art of Brandon Peterson. Is just saying “Woweewowwow” over and over again sufficient? A nice contrast to Asrar’s more traditional super-hero look, Peterson gives us a story that feels illustrated directly out of real life, with another outstanding balance between hard core action and telling facial expressions and body language. His Medusa is threatening and utterly gorgeous, as she should be, and you get a real sense of Dinesh’s character just from how he physically moves and reacts to his own changing body.

A big win for Marvel and a book that makes me even more excited to see what’s coming after this summer’s Secret Wars bonanza, The All-New All-Diffferent Avengers Free Comic Book Day edition is THE book to grab today (or online later). Get in on the ground floor of what is most assuredly going to be a wonderful and exciting new world to come. Kudos all around.