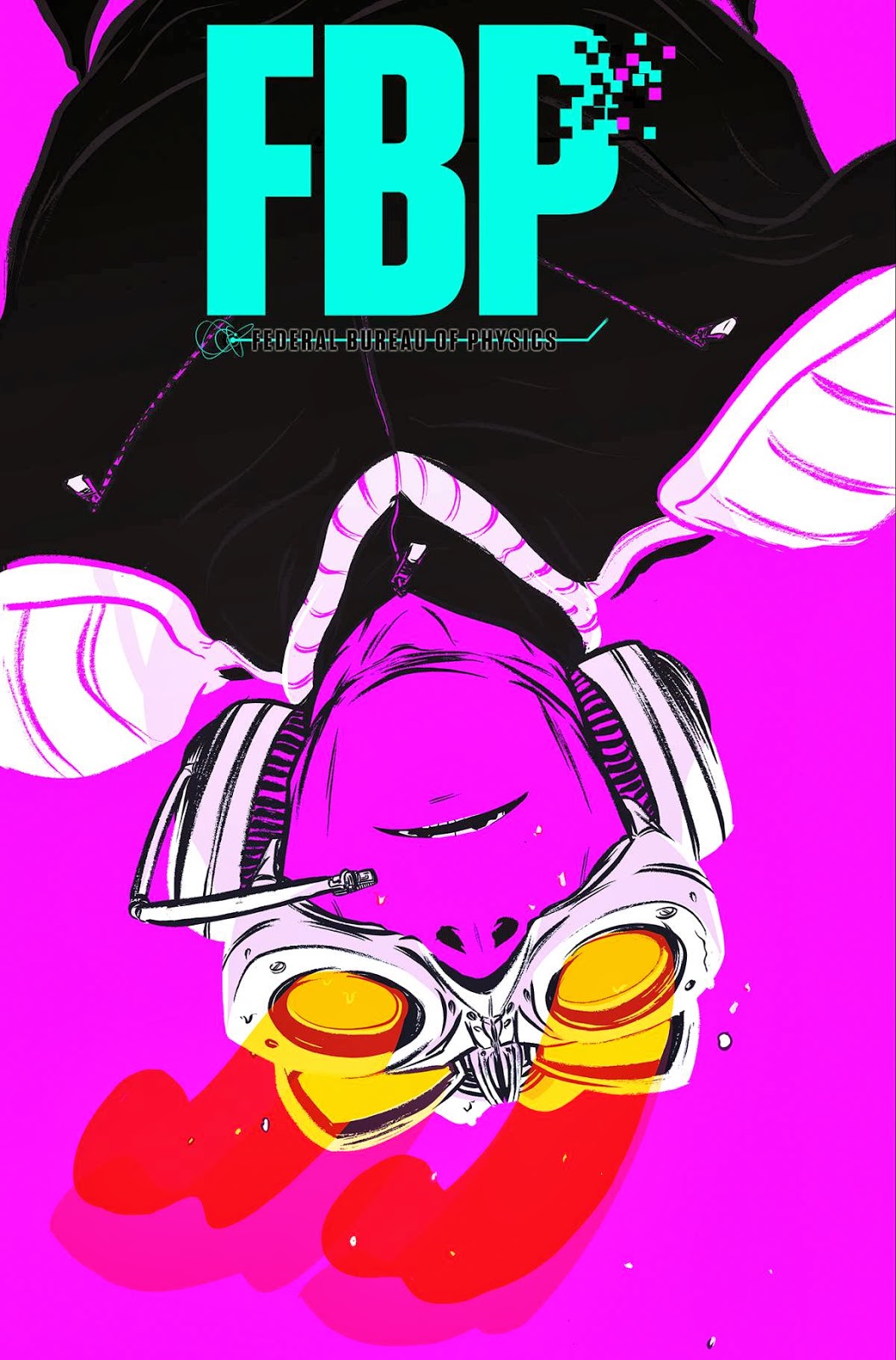 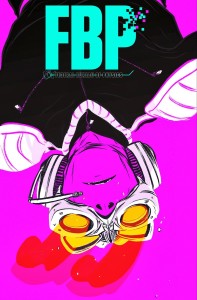 When the fabric of the world itself begins to inexplicably unravel, what does humanity do to attack the problem? They drown it in red tape, of course.

FBP, the Federal Bureau of Physics, is a governmental agency tasked with search and rescue efforts involves the very breakdown of our physical space. Gravity comes unhinged, wormholes open up, or parallel universes pop into existence — who do you want to call? The government, who arrive onsite like police and fire? A private firm who can handle the problem like an exterminator would? And what if there was a conspiracy afoot that made one option more likely than the other. Welcome to the new world of FBP.

Simon Oliver has begun to craft a world almost too eerily like our own. It may have differences of the quantum variety, but the politicians, government workers, and consumers are shockingly the same. You’d think a gravity well opening up at your kid’s school would cut through a lot of the crazy talk we see on CNN and MSNBC every day… and yet, no. 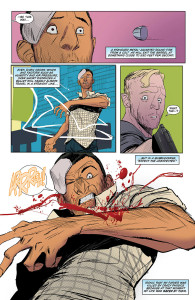 And in that, Oliver has succeeded in delivering a premise that is both engaging and familiar, without falling into the expected. The functional differences in this world from ours are explained well in text, mostly through use of flashback narrative, so that even one without a good sense of physics can understand how devastating some of these occurrences could become.

Oliver’s character development, too, while slow-going at first, really blossoms by the end of the volume, delivering three really curious central figures in the process. FBP operative Adam Hardy may be sold as the main character, and in the sense that he’s the most classically heroic of the bunch, that’s true. But, ultimately, it’s Adam’s interactions with boss Cicero — who in issue #1 appears to be much more of a stereotype than he turns out to be — and new partner Rosa Reyes, that fuel the story for me. Both of them have more to their back-story and motivations than they initially let on, unlike Hardy, who seems more of an open book from the start. The contrast is dramatic, and by the end of the volume, I genuinely care about each of them and want to know more.

Where the volume still falls short for me is in the art, however. Rodriguez has a definite style that I will admit clashes with my personal taste, so a lot of my disappointment rises from that. Beyond that, though, I don’t feel as though the breakdown of physical space described in the book is well served by a sketchy style, and what I presume is an attempt at exaggeration of features and posture in most of the characters either goes too far as to seem messy or not far enough to depict real gravity and quantum disruption. The color in the book is super solid, administered by Rico Renzi, giving the entire book this balancing act between the natural and the neon, but the linework just doesn’t do the concept justice.

It’s very rare that I return to a book that didn’t grab me with a first issue, particularly one that doesn’t have some link to books I’ve read before. We can debate the fairness of that predicament until the light of day, but ultimately, I’m glad I came back to see a little more development. Where FBP failed in its first issue to give me an immediate hook, this first volume fleshes out the world and its characters more than enough to keep a fan interested, although I’m still not entirely sold on the art. Thankfully, Vertigo thrives on books that find their niche in collected editions, so FBP may have a bright future after all.