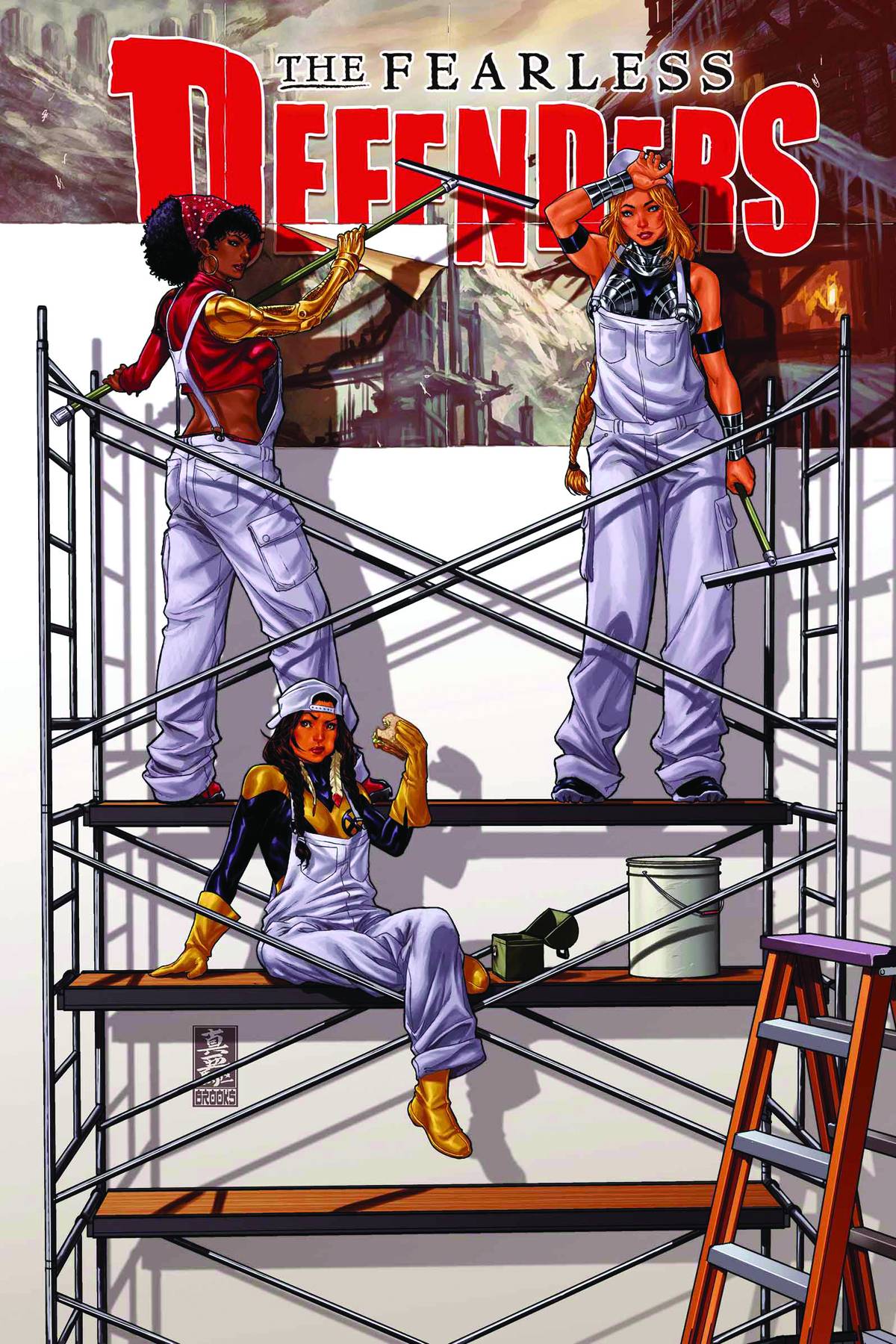 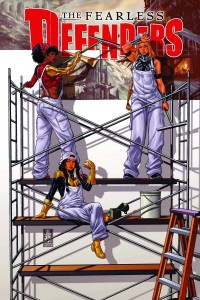 Let’s get the SPOILER ALERT out there right now. You really cannot talk about this issue without referencing issue six or beyond. So, if you haven’t read them yet, stop here, get copies from your store or online and read issues six and seven now. Done? Good, let’s proceed.

If you were part of the masses who felt that the death of Annabelle Riggs at the end of issue six was the swan song for this newly iconic lesbian character within the Marvel Universe, then… well… how do I put this nicely?… You. Were. Wrong. Issue seven is a two-sided coin, with heads being all about Annabelle’s miserable afterlife in a place everyone else would consider paradise. The other part of the story is her tentative love interest, Valkyrie calling in a favor to help Annabelle find a way back to the land of the living.

Many of these twists are not completely surprising. However, having Bunn’s narrative combined with Stephanie Hans beautiful backdrops and glowing characters creates an epic feeling of grandeur. Her chosen color palette is dark and muted for the halls of Valhalla and washed-out airy feeling for the surrounding landscapes. The juxtaposition of these two locations also helps to convey the loneliness Annabelle is feeling and the hope that Valkyrie brings with her.

The crux of the story, lies in its twist ending. After the release of issue six, at the beginning of this month, the word fridging (a term which the author, himself, had never learned before that point) was tossed around the internet in whiplash response — mostly due to a lack of lesbian characters in the Marvel Universe. With that in mind, many probably thought there would be one of two choices: 1) Annabelle stays in the afterlife, or B) Annabelle comes back to the Defenders. Leave it to Bunn to provide a third scenario that both continues Riggs’ story and complicates Valkyrie’s own plot. Several times throughout the series references to sacrifices being necessary to rescue people. This issue is no different. After a reference just a few pages before, the last page reveals the sacrifice that Valkyrie has made in order for Annabelle to survive. Depending upon how this “arrangement” is handled in future issues, I do not know if this helps or hurts Annabelle being her own character.

If the two are sharing one body, but can also share consciousness or can talk to each other, then there is plenty of room for humor, interaction, and growth. However, if we have almost a Jekyll and Hyde scenario, where Annabelle and Valkyrie are unsure of what the other is up-to when a particular soul is present, then they are nothing more than a variation on Bruce Banner and Hulk created by magic instead of science. They are less than two ships passing in the night, and might as well be stripped from each others lives completely.

Which situation is the case? Only time, and perhaps issue 8, will tell.