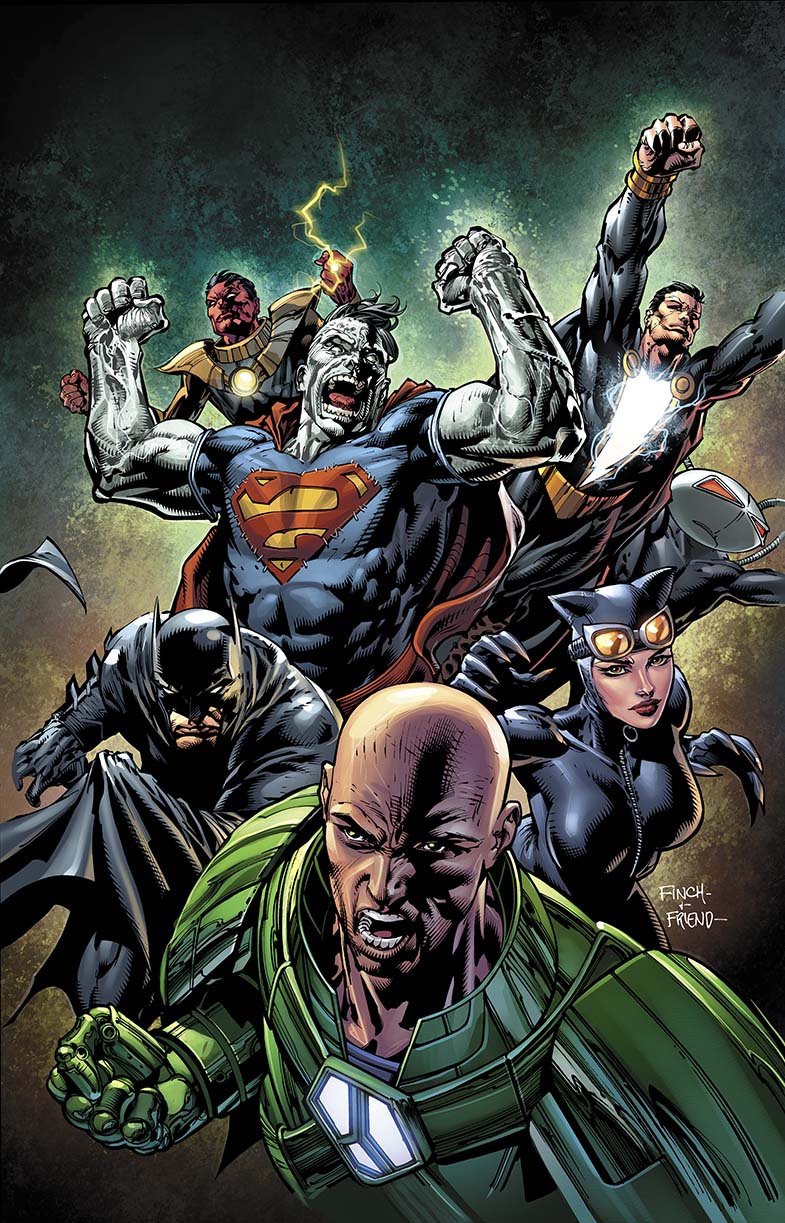 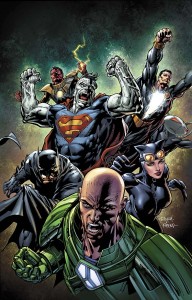 It’s a showdown between the bad guys and the even badder guys as Power Ring faces off against Sinestro, Lex Luthor matches wits with Deathstroke, and Batman is left in the center of it all with Copperhead trying to make him lunch. Bigger and bigger threats evolve in this series like a reverse Russian nesting doll, and the worst seems like its yet to come!

Johns spends the greater part of this issue on two particular confrontations, neither one of them with a chance to go the other way. In one corner, we have the fury of Sinestro against weak-willed Power Ring, the alternate world version of his friend and enemy. That pseudo-Hal got out of that as cleanly as he does is a testament to Johns’ generosity of spirit, but opens the door to what could be a really fascinating evolution for the character known as Power Ring.

In the other corner we have Lex Luthor against, well, everyone, and isn’t that just what he’s made for? With a future now revealed that includes Batman and Lex serving side-by-side in the Justice League, it’s fascinating to watch the first moments of their clash, and the result is my favorite page in the issue with a sly word from Selina just making it perfect. Johns excels at Luthor’s voice, and if you had any question before this issue who the star of this book is (it certainly isn’t the Crime Syndicate), then Luthor’s narration and relationships portrayed here seal the deal. His handling of a new recruit to his side is genius, and the very brief moment between him and his “son” Bizarro is nearly touching in a strange sort of way. Once again, Johns finds the heart in the story, even if its in those we expect to be so very heartless.

David Finch continues to lend his darker, harsh style to the book that it really meshes with, as this issue has a few moments where the anguish and tension on the page ends up elevated 100%. The fight scene between Sinestro and Power Ring is not as dynamic as I’d hoped, but certain quieter moments make up for it. Giganta and Catwoman both are rendered beautifully in a way I don’t always get to see, and it seems like Lex just exudes ego and empathy at once in every scene, which is precisely what you need for that character to work. But the true treat is the last double page spread, undoubtedly the quietest moment in the book, but clearly the most foreboding. Finch’s work here is absolutely gorgeous, and that spread alone is making me itch for the next issue like crazy.

A nice ramp-up of what seems like the roughest weekend ever for the DC Universe, Forever Evil #5 is the first time we get a sense that the Crime Syndicate might not be the worst villains yet. And even Batman should be frightened by that prospect. Something tells me Luthor isn’t shaking in his purple metallic boots though. Like Geoff Johns himself, Lex is a man with a plan. Maybe he’s the hero we’ve been waiting for after all.