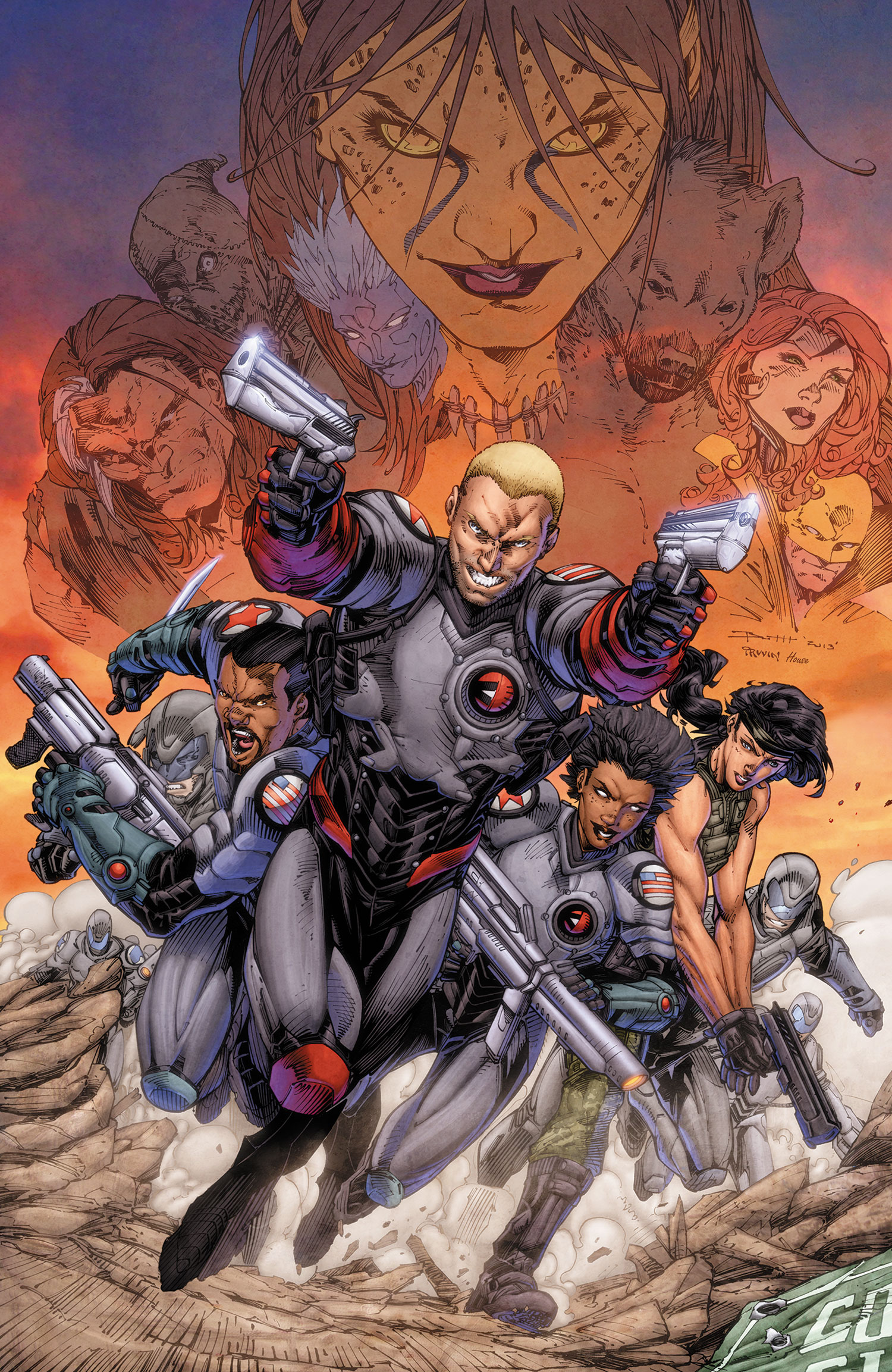 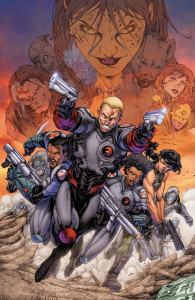 Forever Evil blows A.R.G.U.S. wide open in this mini-series that gives readers a little history of the government organization and an update on what is going on with Steve Trevor.

Sterling Gates does a solid job of highlighting an organization completely toppled in this opening issue, with all systems effectively down due to the Crime Syndicate strike on the DCU. He does an excellent job of conveying the chaos that would ensue from having such a huge global network brought down so quickly, and the status quo of the DC Universe as we know it is shaken in this first issue. Steve Trevor is a broken man, physically, mentally, and emotionally over the prospect of where Wonder Woman may be which is captured perfectly by Gates’ dialogue throughout the issue. The story moves at a brisk pace and I appreciated that it didn’t spend an exorbitant amount of time wallowing in the destruction. That’s not who Steve Trevor is, and, as expected, he dives head first into trying to clean some things up. Gates’ approach to the series leads to a nicely paced issue, with flashbacks not overwhelming the action, but not being a complete slugfest of a comic either. We’ve got some calm & some storm, and the firm statement that A.R.G.U.S. will never be the same. Gates brings action, intrigue and some nice character moments to the issue, telling the story I believe most people want about an extraordinary government agency like A.R.G.U.S. This is the book for people wanting more Steve Trevor and to get a glimpse of what is happening to the rest of the world outside the Forever Evil primary storyline.

The art team of Philip Tan, Neil Edwards and Javier Pina provide solid artwork that tells the story capably but never takes the leap to the next level (except for the last page). The three artists meld their styles so that the transitions aren’t jarring, but the issue does lack the visual cohesiveness that a single artist brings. At no point is the art poor, but it also never breaks out into anything exceptional. This is a minor complaint in the grand scheme of things as the story is told well and the art never detracts from the script, but it would be nice to see a single artist going forward. This issue very easily could have been a train wreck with all the artists, inkers & colourists involved, so I commend them for keeping things as consistent as they are.

Gates has me interested in the fate of A.R.G.U.S. and Steve Trevor more than I ever have been before, and I will definitely be continuing with this series. This is a solid debut issue that has the potential to tie up a lot of Forever Evil loose ends and seed many storylines into the DCU and I recommend giving it a shot. This series has a lot of avenues to explore and based on his work in issue #1 I think Gates is going to take readers to some interesting places.