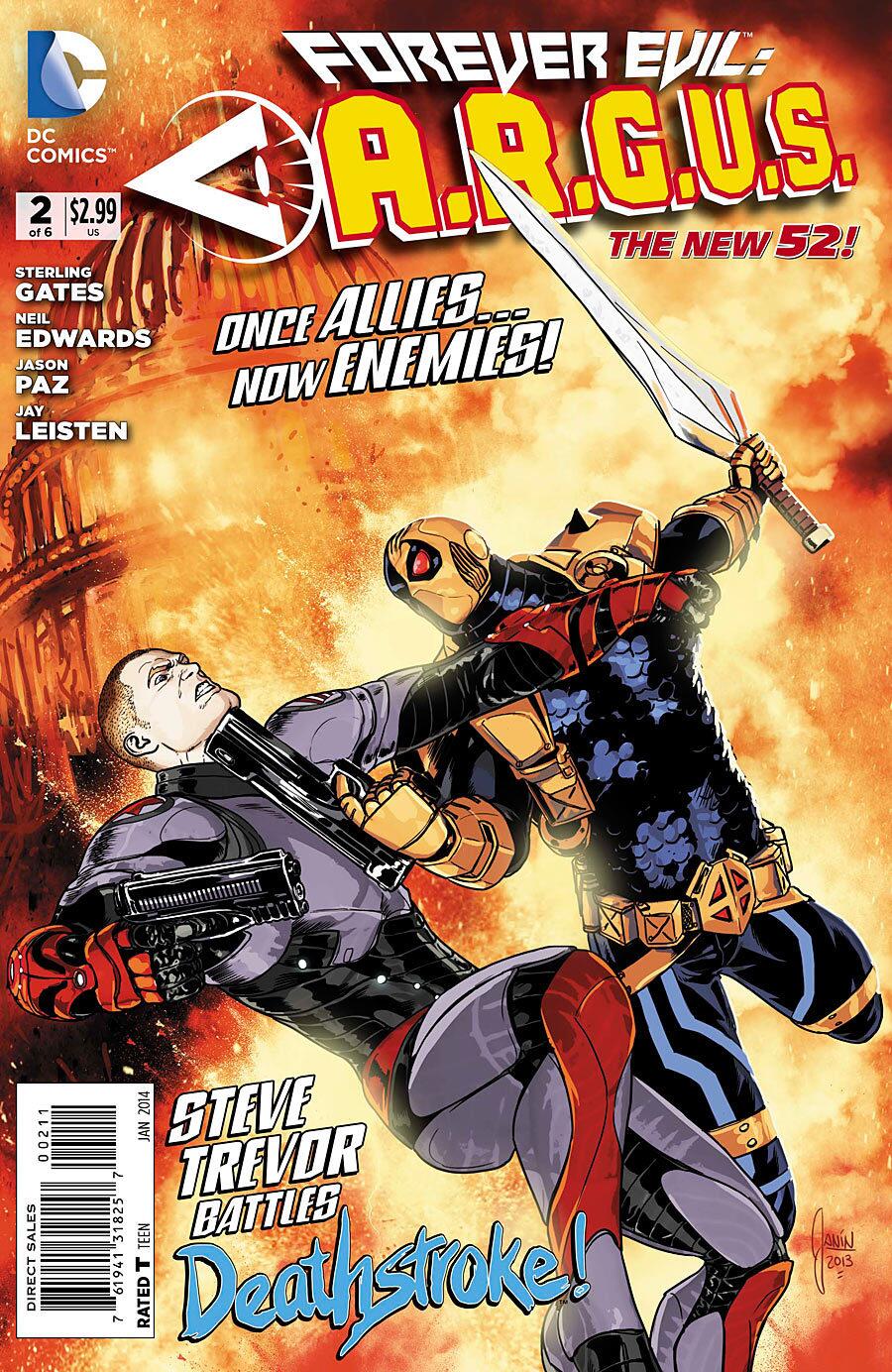 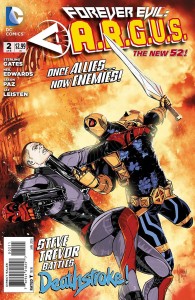 The agents of A.R.G.U.S. are beset from all directions as the ramifications of Forever Evil are felt on the ground — and in the White House! Steve Trevor needs to rescue the President of the United States, but even if he can avoid the minions of the Secret Society or the reconstituted Dr. Light, where on earth is safe from the Crime Syndicate? Enter — the Green Room!

From his work on Justice League of America’s Vibe to his multiple entries in September’s Villains Month, Sterling Gates has seemingly been tasked with building the new infrastructure of the DC Universe, and A.R.G.U.S. #2 adds a lot more pieces to that puzzle. Placing Steve Trevor at the center of the universe has been one of the most pleasant surprises of the New 52, but seeing the world surrounding Trevor finally get some definition is one of the smarter uses for an event tie-in book.

While it makes for a somewhat haphazard issue, the introduction of two additional “rooms” to join the Black Room (magical vault), Red Room (technology vault), and the Circus (multiversal prison) opens up a ton of questions and avenues for exploration down the road. Who is the mysterious voice emanating out of the Green Room and why does that word balloon presentation look so familiar? What were the adventures that Steve and Diana shared that filled up the Wonder Room with so many artifacts (I’m particularly intrigued by the painting of the pair adorning the room’s wall)? It’s a literal Pandora’s Box of possibilities, and isn’t that just what eager fans wanted out of DC’s reboot?

More than anything, though, Gates’ return to the character he headlined during Villains Month, Killer Frost, is the key delight to the issue. Caitlin’s pull between harsh self-interest and light heroism is a refreshing change from the villain’s previous incarnations as strictly a power-mad harpy, and while she’s certainly no angel, the nuance of her physical needs and remaining conscience leaves us with a Killer Frost so much more interesting to read about.

Edwards delivers one of the best issues I’ve seen from the artist since before his days as penciller for Marvel’s Dark Avengers. Killer Frost is beautifully drawn, a pleasant combination of threatening and just plain pretty, and his Trevor is appropriately rugged and handsome, kind of a (very) young Robert Redford. Lines are crisp and clean, and the art team manages to move seamlessly from high action down to talking heads without losing momentum.

There’s a lot going on in this issue, and it may suffer a tad from “first act” set-up requirements, but Gates is opening up an entire world we’ve never had at DC before. The possibilities and convergences being constructed here play strongly into the Forever Evil event, but likely have ramifications that will play out for years to come. Get on board now and see what comes up for Trevor, Frost, Light, and more. You’ll be glad you did.