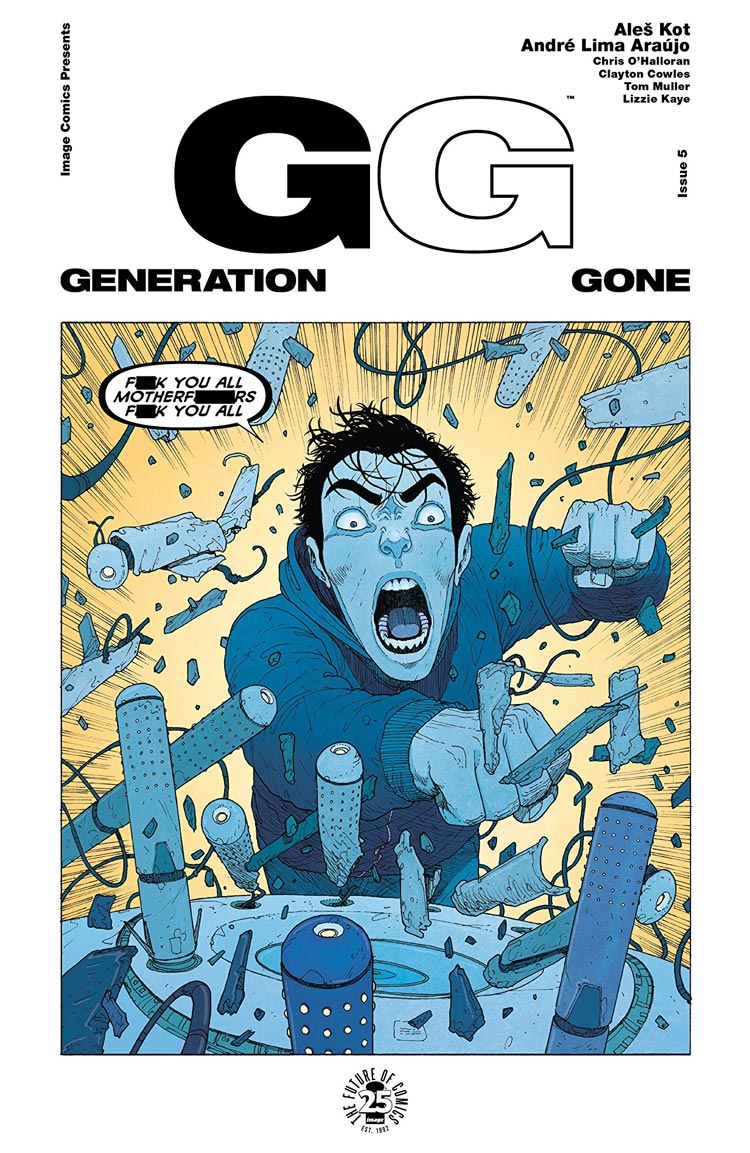 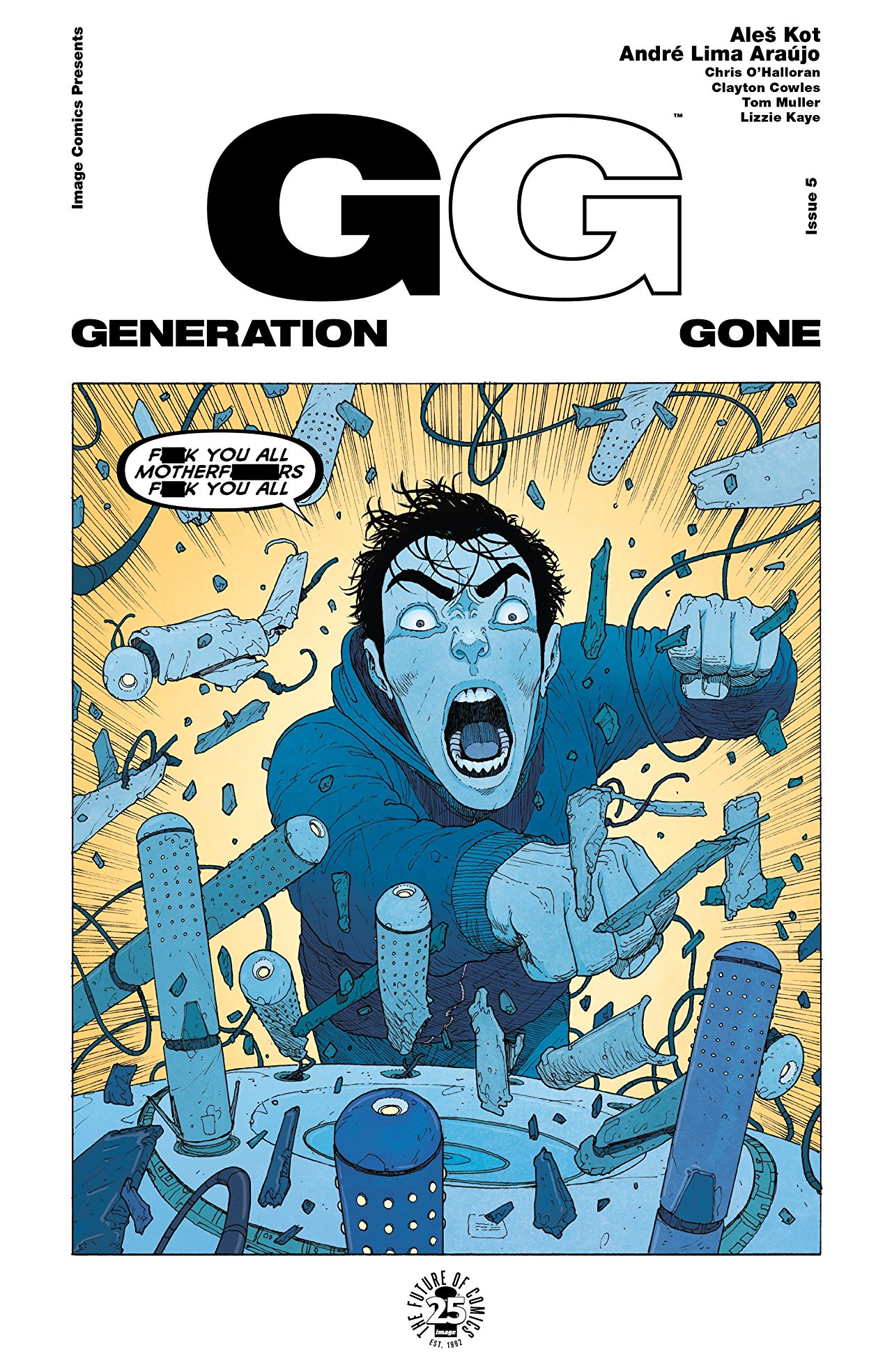 The finale to the first arc of Generation Gone ends with several bangs, revelations, and brings our three characters and supporting cast to new and different directions in a finale that indeed, changes everything.

Picking up directly after the aftermath of last issue’s cliffhanger of a confrontation. Nick lets every ounce of his rage out at a nuclear factory where everything comes to a head in spectacular fashion through Araújo pencils, O’Halloran’s colors, and Cowles letters striking the right level of emotion for the moments that call for it. Kot distributes the panels between the three main characters to spread out their journeys that are converging inch by inch. Nick’s panels contain all of the action and rampage as he destroys the factory with Araújo giving off every aspect of the damage and wreckage. Elena is down for the count, but not for long as she slowly becomes the focal character amongst the trio and Baldwin literally catches up to speed with his two other superpowered friends through a high-speed car chase. The colors from O’Halloran are specific to each segment and the range on a panel by panel look is something to behold.

From the moments of rage layering Nick’s angry expression and with Cowles lettering supplementing the instances, him striking out is surprisingly impactful. The panels continue to inch everyone’s path and the lack of sound effects for scenes gives the rush of everything a stark contrast to comics that bombard sound effects for everything taking place. The lettering is focused on our cast and what they say, drowning out the world around them. Araújo’s pencils give you every piece of the human emotions that are involved on the pages from shock, anger, bravery, and courage throughout it all and Kot sets the stage for one of the most brutal breakup fights of all time in the process!

Throughout five issues, three friends turned superpowered frenemies have slowly but surely escalated the playing field and their lives. From Elena and Nick’s devolving relationship to Baldwin being on the outs and not having a clearly defined power. At several turns throughout their short lived experience these characters have changed on a large scale since issue #1 and Kot sets them up for one last confrontation that is nothing short of a spectacle. O’Halloran’s colors in times of extremity are momentary shakeups as the action picks up and calms down to deliver on character moments between our cast. Kot brings it home when discussing each character’s plight and reasoning for the current predicament. It’s timely and rings true for what we know about them and it all seems fleeting as moments you can’t see coming hit you with the intricate penciling of Araújo. There are several single page panels that are worth your attention and he brings his A game to deliver them.

Elena unsurprisingly takes the spotlight as she grows up in a matter of pages with how she’s portrayed. Not only is she ready and sure of yourself to stop her ex-boyfriend, she does so in a way that is so undeniably badass, poetic, and beautiful you can’t help but feel that this is a game changer in every sense of the word. Araújo keeps the panel work tight and securely fastened to the two powered beings as they ascend to heights far beyond Earth with a sequence of panels that bring some finality to this series first arc with the quiet and personal love that  shows, rather than tells. Generation Gone has grown into something quite stunning and has carved it’s own specific set of visual flair and style to separate itself from the bunch.

An oversized issue calls for a reason to be oversized and we are given an epilogue that sets up Act Two of Generation Gone with some tantalizing looks into our surviving cast two months after the ending. Kot and Araújo lay the groundwork and tease some new developments for our superhumans and none of it can be good for the world at large and that’s okay. Generation Gone has been about taking life into your own hands and doing what you want, for who you want and figuring it out along the way. Through pain and finding yourself Kot and company have escalated the main characters to different places than they started out and with 2018 set to continue their adventures, one of the of the best comics of 2017 draws its first arc to a close.