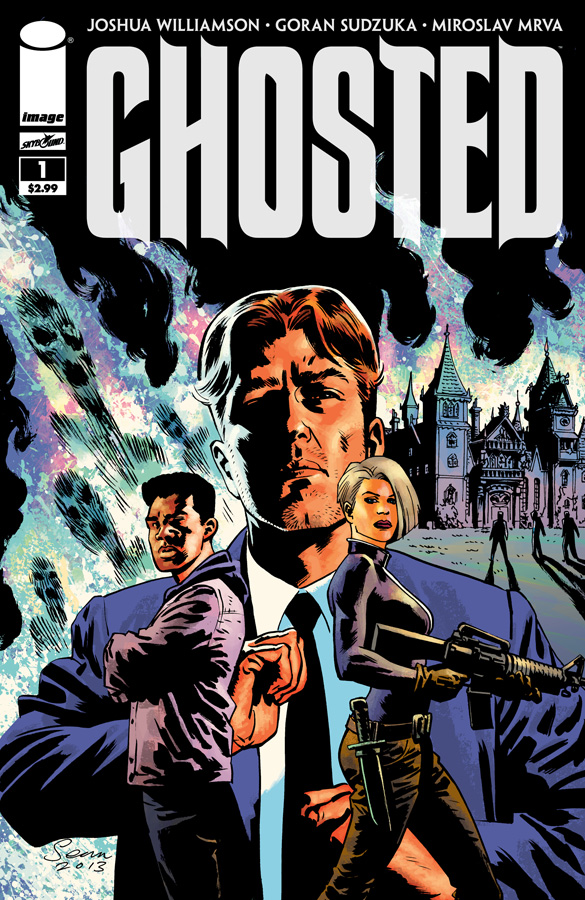 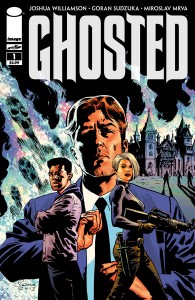 What do you get when you throw a badass version of the Ocean’s Eleven crew into a grown-up Scooby-Doo situation? You get Ghosted by Joshua Williamson & Goran Sudzuka.Joshua Williamson kicks the series off with a spunky issue that sets up what could be a really fun series going forward. The dialogue throughout the issue is snappy, with Jackson T. Winters coming across as the capable yet nowhere-near-as-likeable version of Danny Ocean. He’s a wiseass to a fault, something that has the potential to provide some good character growth down the road, or could be damning to the lead member. Williamson builds an interesting band to explore during the course of this series, with each member being introduced in this first issue with a lot of room left to move for each character. Williamson paces the issue well, moving things along at a brisk pace and getting readers into the thick of things very quickly. He does a solid job keeping the energy level high throughout the comic and builds to a nice cliffhanger on the final page that could lead to a very interesting second issue.

Goran Sudzuka’s art keeps up with Williamson’s brisk pace extremely well. He does a good job of keeping the art light and somewhat campy while showing some very intense imagery. The pencils are sharp and suit the tone of this comic very well. Sudzuka shows some serious chops throughout this first issue, defining a tone that I hope stays with this series. It is Sudzuka’s artwork in this issue that really makes Williamson’s energetic characters leap off of the page and these two creators really seem to gel even at this early point in this series.

Ghosted #1 follows in the line of extremely strong #1s from Image over the past year or so. This series has some serious potential and features strong writing and some solid artwork. Ghosted is a great read for anyone who likes their comics with some wit and a little creepiness, and I’ll definitely be back for issue #2.