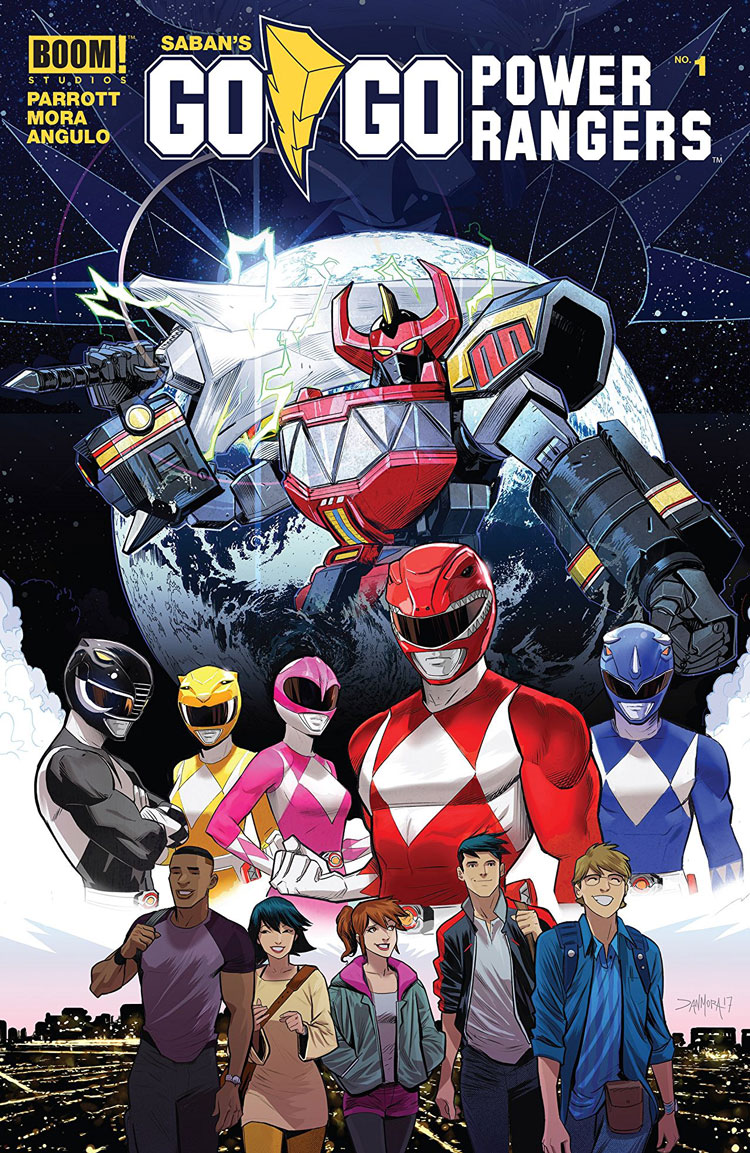 There isn’t much that I love more than seeing my favorite childhood toys updated with a rich, thoughtful backstory. He-Man did it, Jem did it, and in Go Go Power Rangers #1, I get to see my teen heroes, the Power Rangers, adapted for a new era without conflating “maturity” with “grimdark bloodgrit”.

The original five Rangers — Jason, Zack, Billy, Trini, and Kimberly — are fresh off their first foray into battle, sitting atop the Megazord and pontificating on important things such as HOLY CRAP WE GOT TO DRIVE A GIANT ROBOT AND SAVE THE CITY. Mecha vs. Kaiju action aside, we also cut back to three months prior to their first meeting with Zordon, and we’re treated to some sneak peeks into what makes each Ranger tick.

What was great about Mighty Morphin’ Power Rangers back in the 90s was that, underneath the cheese, the concept of the Rangers was a cross between boot camp and the Big Brother/Big Sister programs. While the Rangers couldn’t be called “troubled teens” by any stretch of the term, Ryan Parrott shows us aspects of the characters which could have gotten them to that point, were it not for the discipline of martial arts, the bonds of friendship, and the guidance of a mentor. This is where our heroes start their personal growth, and while it’s not the best jumping-on point if you’re unfamiliar with the lore, it has the seeds of a fine character study.

Dan Mora’s art complements the writing well; while the Rangers are drawn a bit too tall and muscular for fourteen- to fifteen-year-olds, the overall grasp of anatomy is great, and the fight scenes convey the individual fighting styles of the Rangers well. Raúl Angulo’s colors really pop, lending the book the feel of an after-school cartoon. It’s particularly striking in the panel of the Rangers atop the Megazord, a not-quite-sunset-but-getting-there light infusing the scene with a quiet, exhausted peace.

We end on a cliffhanger as the Power Rangers’ attempted rescue of two astronauts doesn’t go as planned, and I’m very much looking forward to seeing how the newly-minted team fares against Rita Repulsa, as well as how the responsibility of being a Ranger will continue to affect their personal lives.