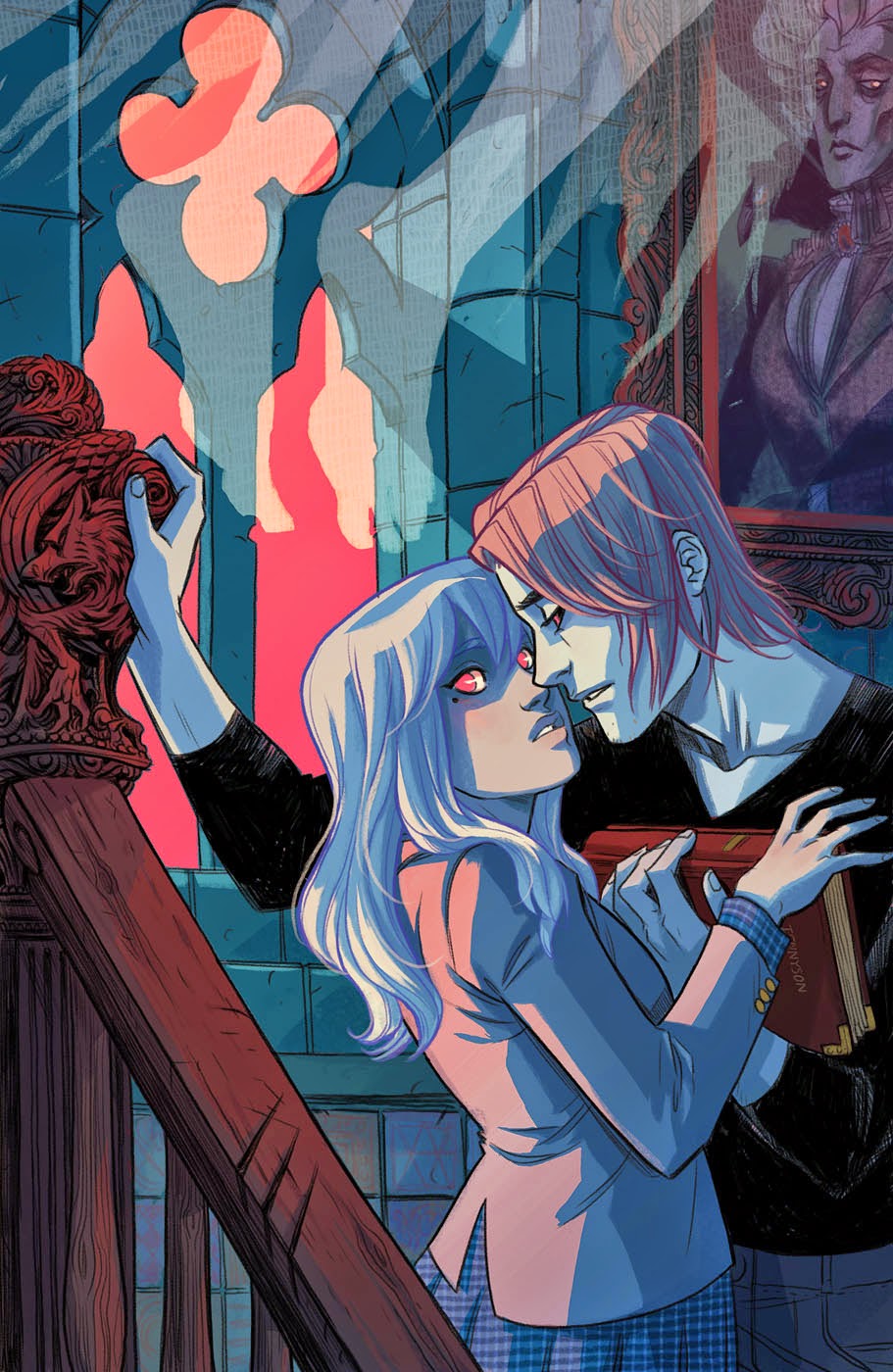 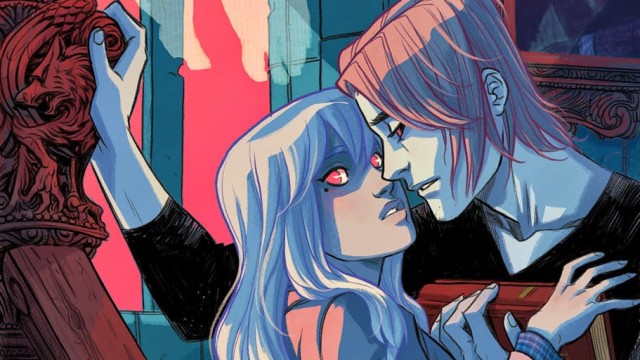 As Olive continues to inch closer to the truth about her mother, the hunt for a familiar Arkham escapee is on, and the group is enlisted to to help hatch a plan that will help reveal all. Meanwhile crossbows are fired, hidden tunnels traversed, secrets revealed, and the creative team of Fletcher, Cloonan, and Kerschl continue to turn out the best work of their careers. In other words, Gotham Academy is the gift that keeps on giving.

There may only be five issues of Gotham Academy, but it is already getting difficult to find different ways to express just how special this book is. Here at Comicosity, we’ve already complied our “10 Reasons You Must Read Gotham Academy,” but in reality there might be closer to one hundred reasons. Issue #5 continues the strong run of early issues by continuing to do what the series does best — focus on a fascinating, eclectic group of teenagers that are stuck together in a setting with strong ties to Batman lore that is rife with mysteries ready to be explored.

The central mystery of the series so far seems to be that of Olive’s mother Sybil Silverlock, and just when it looks like Olive (and us readers) may be getting some answers the rug is pulled out from underneath, and all that’s left are tantalizing breadcrumbs. One of the only complaints I have is that this sort of storytelling technique is a cliche, and is one of the only aspects of the series that doesn’t feel unique.

In almost every single other comic this would be a much larger problem than it is here. Fletcher and Cloonan have done such a good job establishing both the characters, and other mysteries that readers don’t feel cheated when questions that are about to be answered find a way to be kept secret. Every roadblock Olive hits in her search for answers leads to great character moments and/or answers to other mysteries. In this issue alone we find out bits and pieces about Sybil, what happened to Olive during the summer, and more about the mysterious Julian. There are enough mysteries at Gotham Academy to go around, and as long as the book continues to provide sufficient answers to some while stringing along the answers to others readers should be left satisfied.

The character interactions are what really set this book apart from a lot of its peers. The absolute highlight of the book was seeing  Olive, Maps, Pomeline, and Colton put together, and execute a plan that helps them get closer to their goals of finding the Arkham escapee that seems to know a lot about Olive’s mom. In only five issues the creative team have established the personalities of these characters so well that seeing them use their talents to work together, and see their unique personality traits mesh is such a pleasure.

It feels so organic, and leads to a lot of fun moments. Maps making a map, being good at puzzles, and gifting a crossbow to a character all great moments. As are the awkward interactions between Olive and Kyle, and then the unexpected results of Olive and Julian’s chance meeting.

The idea that the title is tied to the larger lore of Gotham City and Batman has helped the series come together much faster. While having an encyclopedic knowledge of the history of Batman is not even close to being a prerequisite for the title, knowing and recognizing certain aspects are a treat for those that do. In fact, there is a tiny cameo in this issue that was beyond amazing, but doesn’t take away from the story at all if you miss it. Even the issue’s biggest character reveal has ties to a certain Batman man villain, but the way it’s setup explains everything a reader needs to know.

What every reader can appreciate is that the tie to the larger history of Gotham City makes it feel that these kids are a small part of something bigger. This makes the story feel small and personal while leaving the door open for the scope of the series to expand as the creative team sees fit. The cliffhanger ending is a perfect example of this. The last page is something that doesn’t feel like a big deal to comic book readers, but when looked at through the eyes of these kids and what they’ve been through it becomes a huge moment. It is a pleasure learning about the history of Gotham Academy and the city alongside these characters, and I hope we get to do so for many years.

Gotham Academy wouldn’t be the book it is without the work of Karl Kerschl. He has always been one of the most underrated artists in comics going back to his wonderful work with Greg Rucka on Adventures of Superman about a decade back. Since then his style has evolved into one that is the perfect style for this series. It feels like a hybrid Manga/American influence that can appeal to readers of all types and ages. The artwork jumps right off of the page. Whether it’s a scene with talking heads, Olive blushing, or one that finds the characters in a deep dark tunnel, everything just looks right.

A lot of credit should be given to colorists Msassyk and Serge Laponte whose palettes are the unsung heroes in making Gotham Academy as unique as it is. The work of the three artists on this issue had me wishing after every page turn that Geoff Johns and someone on the animation side of DC would decide to make a Gotham Academy animated movie or cartoon series. Considering the series is only five issues in, that’s one big compliment.

A lot of people read comic books to have fun and to escape into a world that isn’t our own. Gotham Academy is a perfect example of a comic book series that captures these sentiments to a tee. There is literally something for every type of reader. Gotham Academy is all-ages, and can be enjoyed by kids and people that have been reading for thirty years. The book appeals to the casual reader with engaging, unique characters, and eye catching art. The hardcore superhero fanatic will love the deep connection to Batman’s history, and the creators’ true love of the mythos. Issue #5 may not be the best issue of the series, and it may have a few minor problems, but it is still nothing short of incredible. Sorry, Greg and Scott, but despite your best efforts, Gotham City may have a new best book in town.