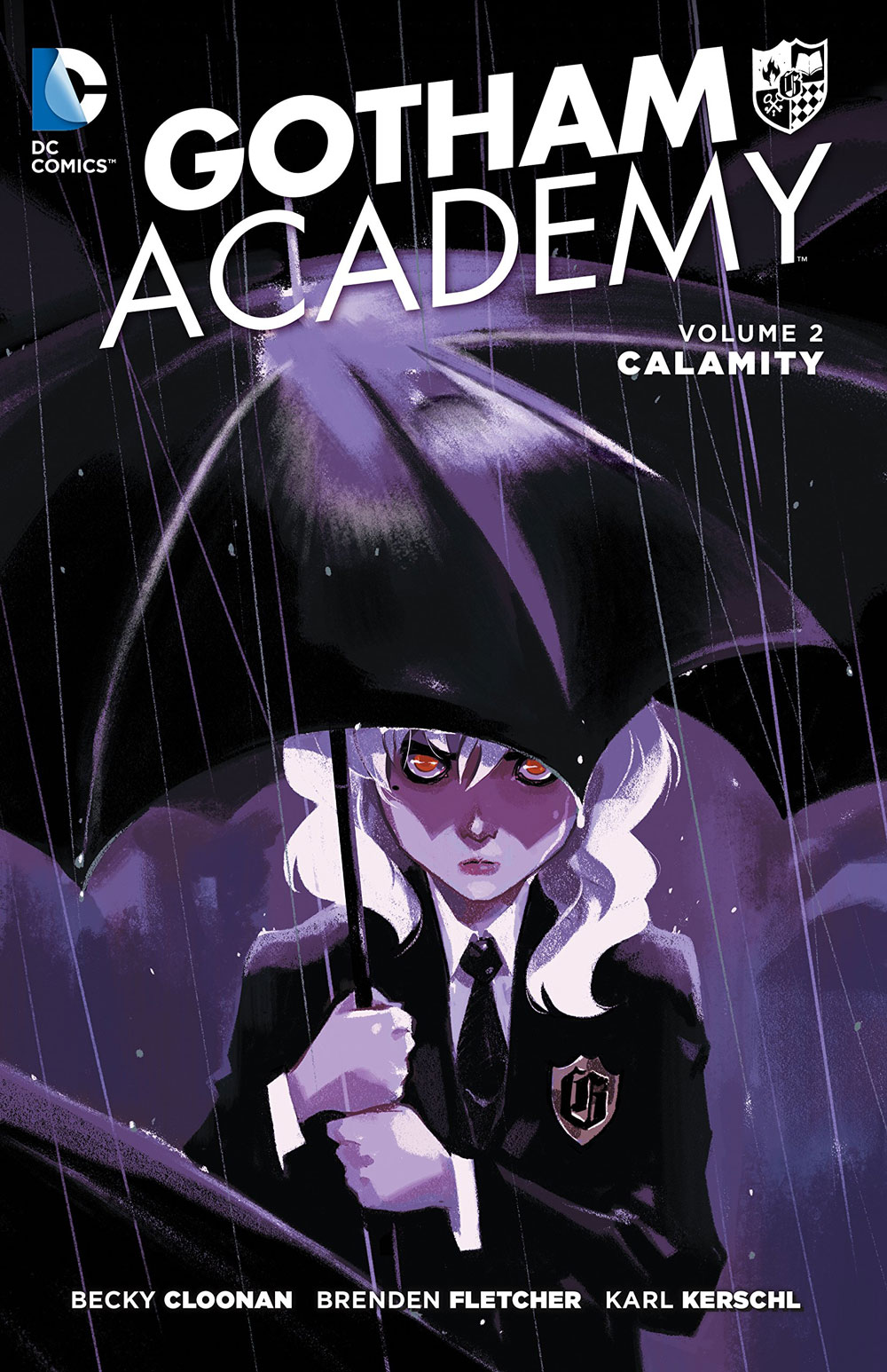 The focus draws down on Olive Silverlock as, in the wake of her mother’s death and the emergence of something… strange, she begins to become unhinged. And things only go from bad to worse as the mysterious figure Calamity reappears in Gotham City. Meanwhile, Maps Mizoguchi has a run-in with not one, but two Robins!

Something wicked this way comes in the newest collected volume of Gotham Academy, as Brenden Fletcher and Becky Cloonan weave a story feels as fun and lighthearted as an old Scooby Doo cartoon — until you begin to scratch the surface, that is. That’s a delicate balance to maintain, between tween detective action and real, soulful darkness, but it’s clear in this set of stories that the creative team has the formula down.

You see it immediately in the vision of Olive Silverlock that artist Karl Kerschl and colorist Serge Lapointe give us. Sad, innocent at times, a little disheveled, but with rich, beautiful silver hair and bright red eyes. Olive is a microcosm of what we get from the entire storyline contained here: a fun and perky adventure with a dark undercurrent. It’s part of what makes the series so perfect for kids and adults alike. We can both see the layers, and I daresay what lies underneath Olive’s fierce gaze is far more frightening to me today than it would have been thirty years ago. 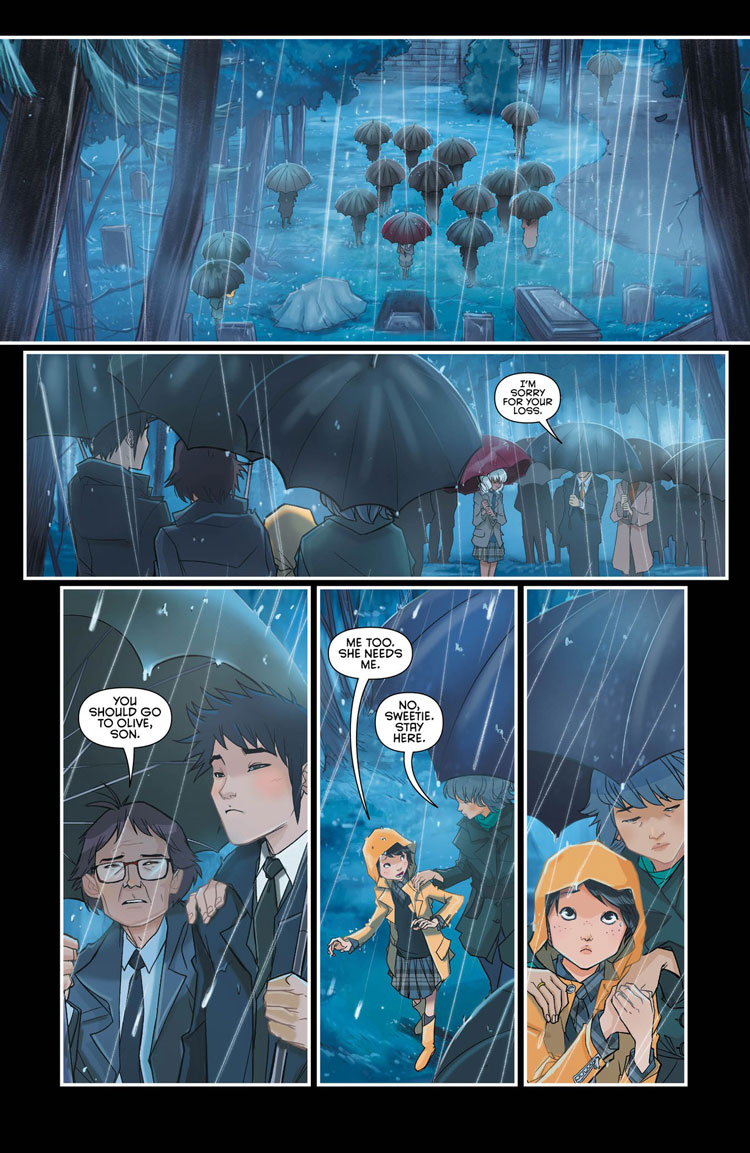 Little girls melting into monsters. Teens sprouting bat-wings. A spectral vision of your dead mother setting fires as she calls to you. It’s all the stuff of nightmares, but at the same time, Calamity is a rousing take on the enthusiasm of youth and a never-take-no attitude that just makes you want to beam alongside the best of these complex, but positively endearing characters. And none so much as Maps.

Yes, Olive is the star of this volume, clearly, as the focus moves from her mother’s funeral to her path toward confronting the history of her own family as it becomes more and more relevant in the present. But Maps is like a, well, sunbeam in a barrel, if the sunbeam was a supernova that just wanted to meet a Man-Bat more than anything in the world. It’s impossible not to fall in love with her character from almost her very first moments in this volume, as she charms the uncharmable Damian Wayne and proceeds to take on each new challenge with ever more enthusiasm.

Whether it’s describing her ever growing collection of maps and planning documents or being asked what kind of Robin she is by young Tim Drake, Cloonan, Fletcher, and Kerschl just insist on having her character practically vibrate off the page. If so much of Gotham Academy feels three dimensional with Kerschl’s rendering of sharp foreground and blurred background and Lapointe’s deeply rich palette, then Maps is the movement through the space that drags everything else with her from scene to scene. Not to mention us along with her. 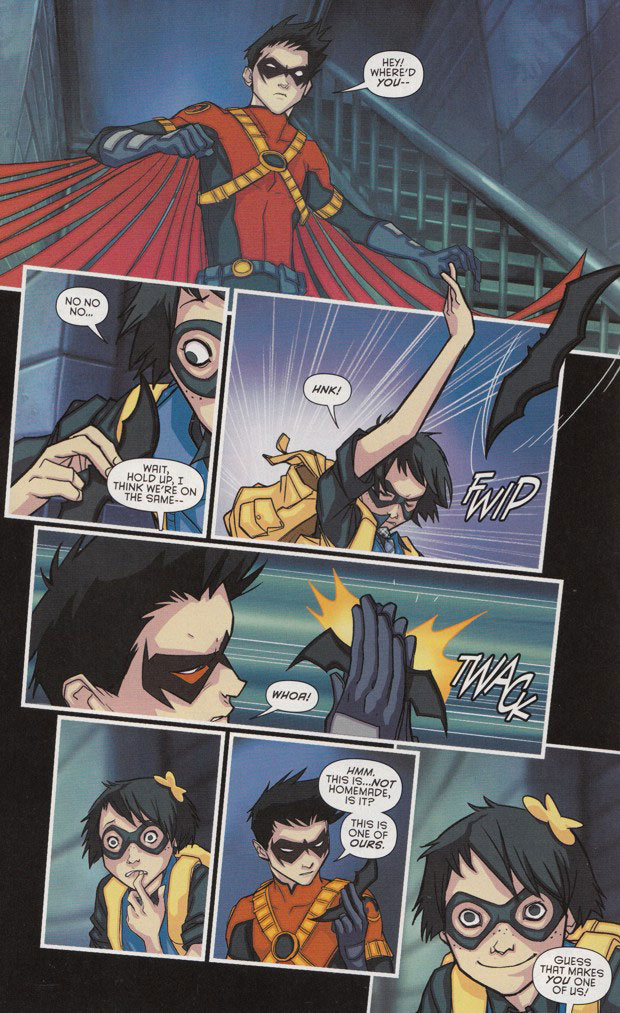 With even more integration of Batman legend, picking from the edges of Batman: the Animated Series, the 1966 Batman television show, and other legendary Dark Knight tales, Gotham Academy is blessed with a rich cast and environment that rivals the most developed young adult fiction — and far exceeds that of any comic currently on the market. When the kids at Gotham Academy turn a corner, you feel as though you could go back to that very same hallway and it would as you left it. When that kid who seemed inconsequential in the previous arc speaks up, you know he’s had something to say the entire time. You just haven’t had the chance to hear it yet.

It’s a deep world made ever so much more complex by the personalities the creative team bring to Olive and Maps, Colton and Pomeline — their failings as much as their prowess. Both of the latter have interesting faults, in fact, that play off each other magnificently, with both clearly holding on to secrets we have yet to see pay off. And that’s just again two of many stunning built-in mysteries that we know this series has to offer — and it’s not even the big one — the one that grants this volume its name. But I’m on the edge of my seat for all of it. 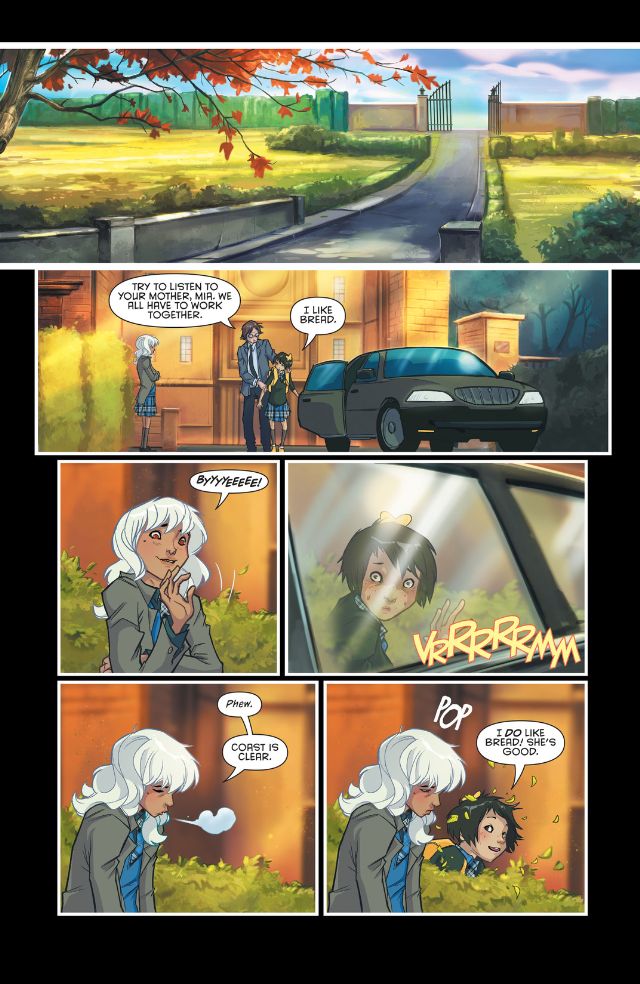 From Olive’s slow breakdown to Maps’ infectious lust for life, I can’t get enough of Gotham Academy. Its rich world is a treat for any reader who wants good fun, but will also hold your attention beyond its initial entertainment value. There’s depth in this story that can’t be denied. The sooner we get to see more of it, the better.