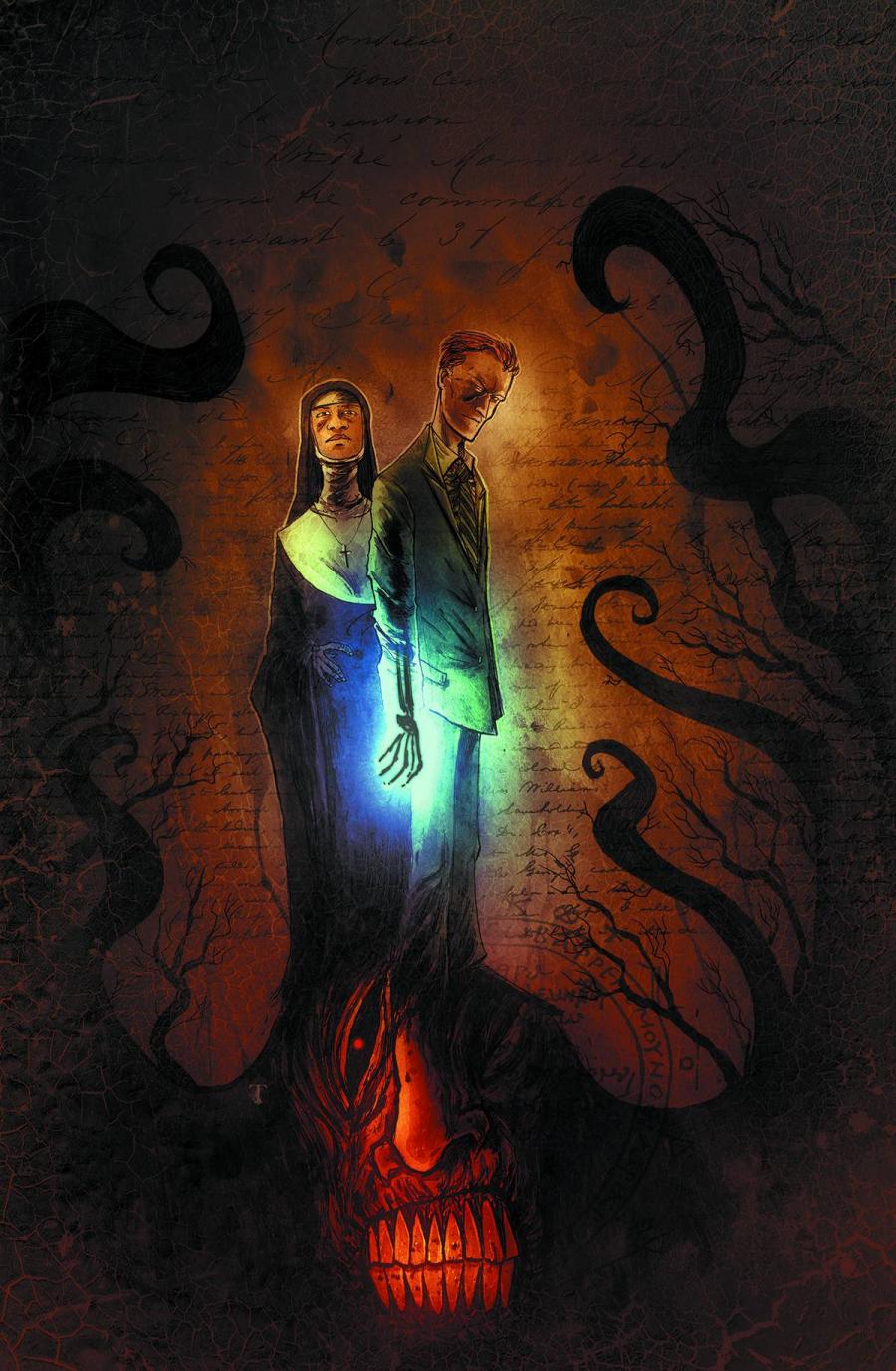 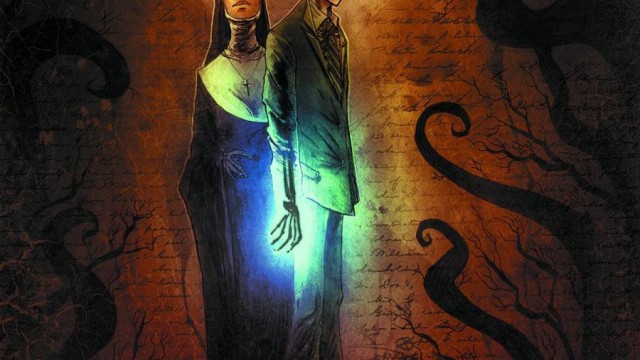 We’re back this month with a follow up to the great start we had in last month’s Gotham by Midnight. One of the things that I found to be really impressive with the last issue was the building of suspense and overall horror, despite having a set up that is relatively trite. It’s quite an accomplishment to make old tropes feel new, so I was looking for more of that in this issue. While I wasn’t as wowed as I was in the beginning, I also don’t think I was completely disappointed either.

This issue is all about connecting the events of the first one to a larger arc, so we’re treated to some flashback. This isn’t necessarily a bad thing; flashbacks aren’t a bad device in and of themselves so long as they’re fully necessary or communicate something that couldn’t be done in the present timeline. Most of what’s given in the flashback, I think, could have been accomplished a little more quickly but I’m inclined to excuse it considering the payoff we get in terms of what it reveals about the characters involved and, in turn, what questions are prompted from those revelations.

Really, what I think is the best feature about this issue is the questions it raises. I now want to know more about the nature of Jim Corrigan’s relationship with The Spectre, why he keeps saying certain things, why panels seem to focus on certain things. I’m not really engaged with the big mystery of the arc yet, but I have already found myself quickly invested in the established team which is what really matters in the long haul.

I should say now, though, that the story itself is not stellar. Unlike the increasing suspense that you get with #1, for the most part, #2 is denouement. We get the resolution of the cliffhanger, but I admit that I felt just a little underwhelmed with how everything panned out. It was too easy after all the hype. Just on a structural level, I’m not sure that dividing the narrative into two with all the resolution in a second issue was quite the best way to go.

Also, Fawkes is toeing a very fine line when it comes to dialogue. Sometimes I’m totally sold and other times it reads as just a little bit hackneyed. Maybe it’s because I spend a little bit too much time watching police procedurals, but every now and again, there’d be a line that I could have pulled from Law & Order or CSI: Miami. Again, one of the great parts about the last issue was that he was mostly able to get away with those kinds of things, so it’s possible that I noticed it more this time because I was less satisfied with the big picture.

Let’s talk art now, though, because I think that remains one of Gotham by Midnight‘s huge successes. With books like Gotham Academy, Lil’ Gotham, Batgirl, and others on the shelves, I think we can all agree that DC is now moving away from the house style it was trying to set up a year or two ago — and to great effect. Creators are more in control now than they have been for a long time with the publisher and I think nothing shows that better than this book. This is supposed to be a creepy book and it completely deserves correspondingly creepy art.

It’s the small things, things that shouldn’t be important but are — like Templesmith actually drawing individual teeth with gums. Have you ever noticed how creepy mouths get once they’re drawn in detail? Apparently Ben Templesmith has, because he does it pretty consistently every time in every panel. Then you add the curvy lines, the lack of detail in the environment to enhance the detailed horror of whatever he wants to highlight, the sketchiness of the style that makes you feel like something sketchy is going on. It works. Every single aspect of it works.

All in all, I am happy with the trajectory of Gotham by Midnight. Even if this particular issue was less exciting than the first one, I can see that there are pieces of the puzzle that are going to fall in place as we go on and I’m looking forward to the questions that I will inevitably have after issue #3.