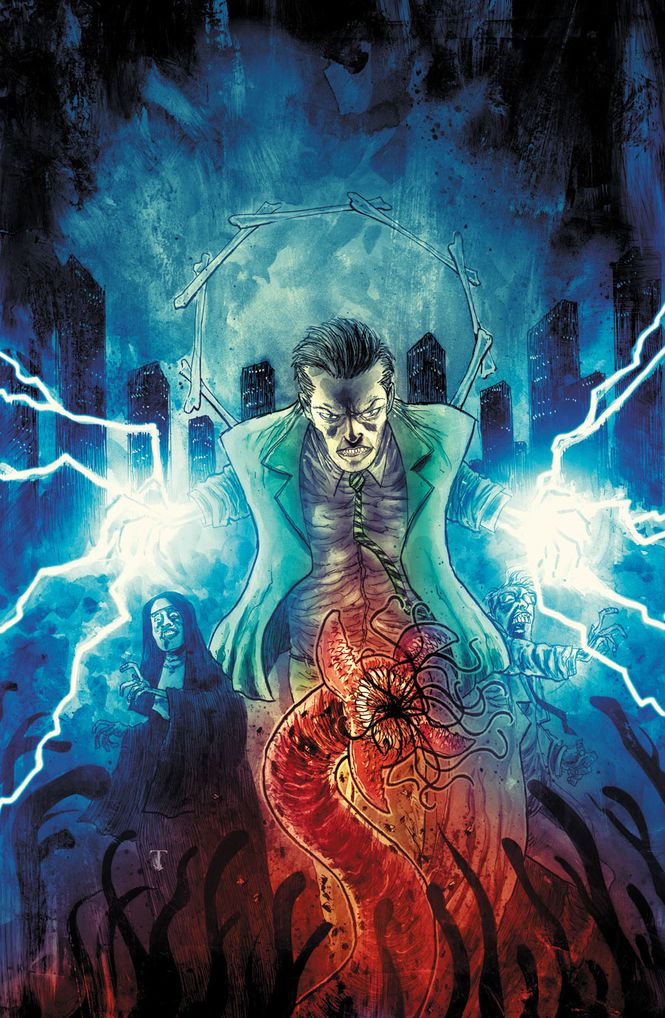 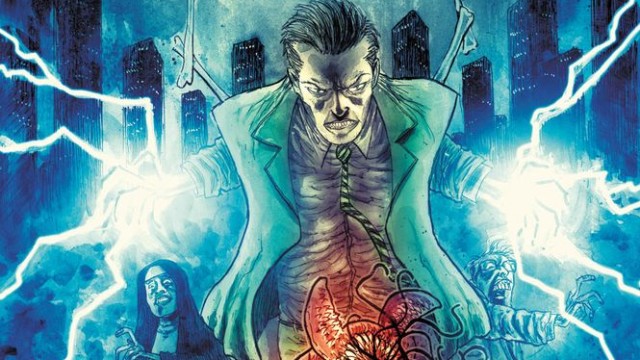 Ready or not — here comes the Spectre!

And never has that entity been so terrifying as in Gotham by Midnight #4. We’ve seen him hundreds of times before, some even in the pages of the New 52, but this Spectre. This one is playing for keeps.

Fawkes and Templesmith take this decades old character and really propel him into a new class of frightening. Like the weather, or an atom bomb, the arrival of this Spirit of Heavenly Vengeance dominates the issue, filling the book’s existing brown and yellow tones with an electric aquamarine that almost makes you squint. It’s as if you don’t want to look directly at it, your retinas will burn from the intensity of its presence.

It seems silly to write (almost), but what Templesmith manages to do is rip open the pace and tone of the book with color and wafting electricity, making it clear from the get-go that the Spectre is more than just another super-hero. He’s the genie you really don’t want to let out of the bottle. I almost can equate the moment to some of the more gothic interpretations of the Incredible Hulk, except this one can rip you apart without even touching you. Gotham Smash indeed.

Fawkes owns his fair share of the brilliance behind the transformation that wrecks the page. Sure, Templesmith creates these beautiful lithe forms that now are even more unbalanced and off-kilter than in the three issues prior. But, the dialogue build-up to Corrigan’s release, as well as the ongoing one-way conversation between him and Tarr, not only finally reveals the substance of the threat for the arc, but delivers the panic in such perfect staccato.

And in truth, if this title is doing any one thing better than all the rest, it’s that the characters have been presented to us with little to no history attached, and yet I feel like I know each of them exceptionally well. Their personalities and idiosyncrasies make for a super compelling read, and awaiting their reaction to Corrigan in the wake of this fallout is going to be very difficult indeed.

A near perfect collaboration of exceptional artistry from both creators, Gotham by Midnight #4 is the one where it all goes glouriously boom on the Dark Knight’s hometown. It’s so amazing to look at the wealth of fantastic material coming out of the Bat-offices at DC Comics these days, and even more amazing to think each piece has its very own point of view and genre take on the legends that came before. Gotham by Midnight is by far the most divergent, and as a result, possibly one of the most captivating.

Bravo, gentlemen. You brought the scary back to Gotham.