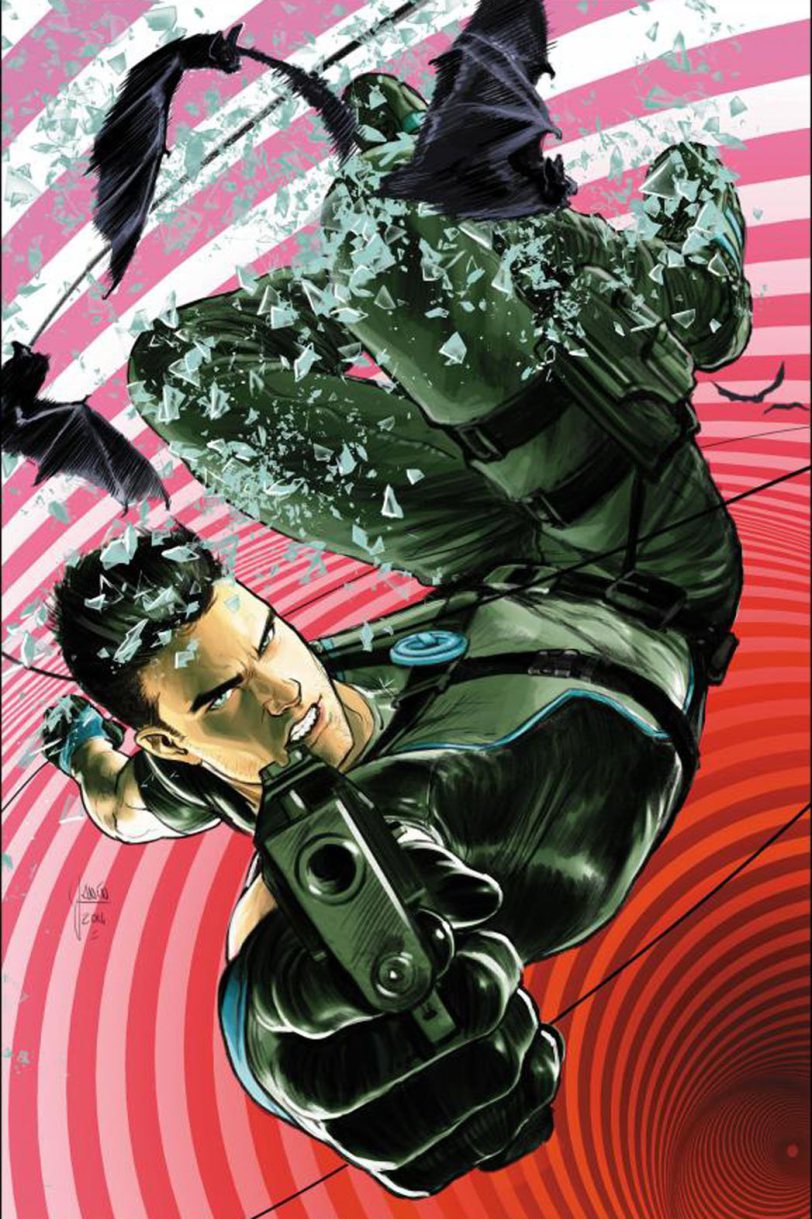 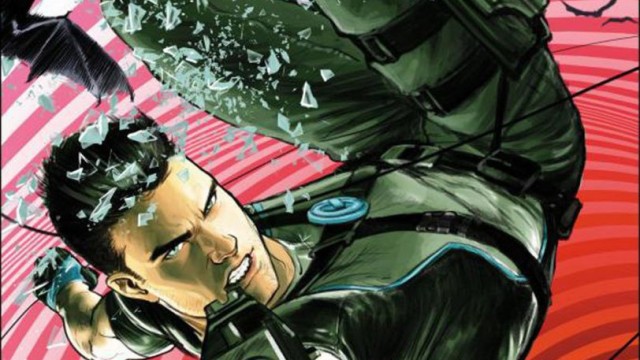 I’m going to spoil something right away, because if I don’t, everything I say about this issue will be meaningless otherwise.

Dick Grayson is not really a blonde.

Everyone take a deep breath. Our national nightmare is over.

With the former Boy Wonder’s first mission as a believed-dead, tasked-by-Batman, agent of secret spy group Spyral well underway, Grayson #1 is a strong introduction to the new status quo we can expect for our much-loved brunette hottie. Not quite James Bond — but certainly packing all the moves (and abs) one would expect from an international super-spy — Dick Grayson has a new mission in life. And despite some lingering doubts on my part, I readily admit it seems to suit him perfectly.

It’s obvious how well Tim Seeley (and his co-plotter Tom King) understands the personality of Dick Grayson. The sense of responsibility, his humor, and his confidence all shine through the page, so that no matter how new this take may seem, it’s still Dick Grayson through and through. Even the way the newly minted Agent 37 (an ode to the time before Dick became Robin in the classic Detective Comics #38) handles the mission speaks to his bombastic, extroverted persona, making it crystal clear that this book isn’t a spy thriller with Nightwing wedged in to make it work. Grayson is crafted specifically for this character, his beliefs, and his skill set. It’s definitely Dick’s story.

We get a bit more of the environment of Spyral here than we did in last month’s Nightwing #30, including a revelation at the end that makes it clear how important Dick’s role is going to be in the super-hero community as a whole, even if behind-the-scenes. Helena Bertinelli, introduced by codename “The Matron,” is going to be the boss in their ongoing team-ups, for sure, but how different is that from Nightwing and the Huntress pre-New 52, after all? The hint of romantic/not really romantic tension between Dick and Helena is a nice touch by Seeley, leaving us with just enough information to wonder: how much does Helena really know about what Spyral is up to?

The finished art by Mikel Janin is doing more things for this book than I can possibly describe in this review, not the least of which is giving us an incredibly dreamy-looking, super hot Dick Grayson. I don’t normally look to my comics for T&A gratification, but man oh man, I owe Janin some serious thanks for at least one scene.

Overall, however, it must be acknowledged that Janin understands Dick’s body language and abilities as surely as Seeley understands his mental state. This is a highly-trained acrobatic athlete lunging across the page, and none of what was core to his career as Robin, Nightwing, or Batman is lost in the translation to plainclothes life. It’s a delight to trace the moves one by one, from panel to panel, like watching the Flash run across a Silver Age comic in Infantino-esque fashion.

A beautifully rendered introduction to the new status quo of one of DC’s longest-lived heroes, Grayson #1 is the start of a bold new direction for the Dark Knight’s eldest son — another fine example of how the New 52 can constantly surprise and delight. And the best part is, with Seeley and Janin at the helm, I have no worries that Dick will make it through with flying colors. They get the core of his character. I’m excited to see where this new adventure leads.