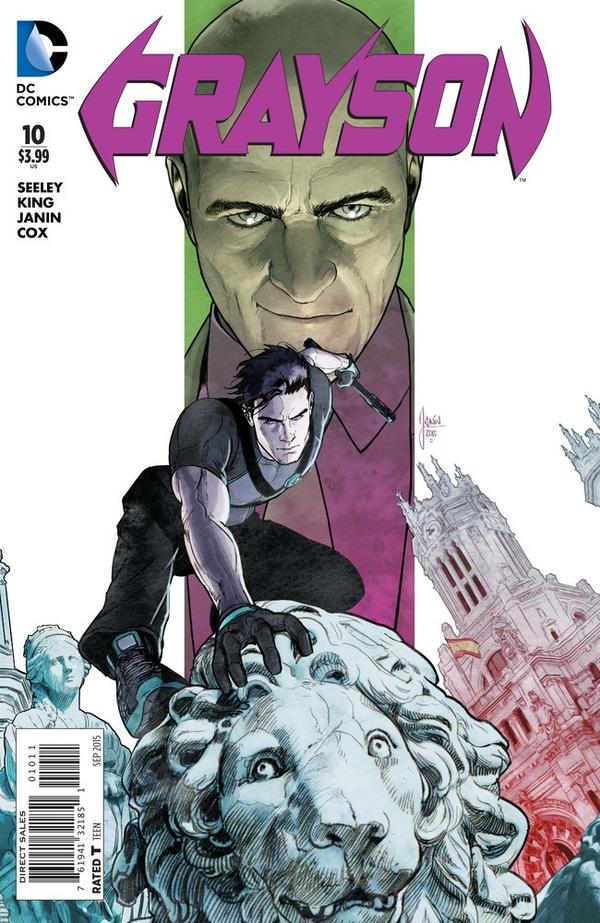 Someone is killing agency field agents left and right, and the signs point to Dick Grayson. The Tiger King is convinced, but Helena — the new director of Spyral — less so. It’s time to go full on secret agent to solve the mystery. But is there anyone Grayson can trust, particularly with Batman gone?

Season 2 of Grayson is off to an amazing start. With Dick now fully integrated into the world of spy vs. spy, we are seeing this evolution from super-hero to secret agent come to fruition. If Season 1 was Seeley and King’s way of easing us into the idea, those days are over.

And yet, the writers don’t ignore the past at all, bringing in a fairly important figure to complicate Dick’s mission — the man who murdered him, Lex Luthor. Lex may not be responsible for landing Grayson where he is today, but he’s still a man not to be trusted, among many it seems.

Seeley and King are trading on some of the best spy game tropes that we rarely, if ever, see in the super-hero genre, putting Dick in a situation where everything is suspect, including his own actions. It’s a brilliant way to introduce Helena Bertinelli to the crown of director, and allow the reader to see some of the previously hidden machinations behind the agency’s leadership and direction.

On top of that, the writers continue to give us the most charming Dick Grayson we’ve ever seen. It’s like James Bond rule #1, I suppose: make the world fall in love with you. They’ll never know what you’re doing while they’re staring deep into your eyes, or, ahem, your butt. But unlike a few of the Bond actors, whose ability to woo I start to question (maybe they have a real life Hypnos, as well), I believe it 100% with Grayson. Like 110%. How high can percentages go?

And Mikel Janin’s linework certainly doesn’t dissuade either. So many moments in this issue gave me a double-take on Grayson’s sheer attractiveness. Janin excels in that ability to make Dick both masculine and feminine at once, giving every possible object of his affection (nee target) their perfect vision.

And of course, that doesn’t stop at the man’s face and ass. The physicality Janin has instilled throughout the book is as much what drops my mouth open as a wink and a twerk. Dick’s leap from the balcony into the air below is majestic, and every move — for Grayson and the Tiger King, frankly — makes me believe this could be the action film of every DC Comics fan’s dreams.

Janin’s mood shifts, ably assisted by the perfect technocolor vision of colorist Jeromy Cox, are exactly what a four-color adaptation of the world of Bond needs. And King and Seeley bring the complexity in script to match it.

If you haven’t grooved to Grayson yet, or still are tending your wounds over the loss of a costume, I may not be able to change your mind. Because ultimately, Grayson is doing something far beyond what we saw with Nightwing. It’s fresh, funny, and utterly intoxicating, and now is the time to enjoy everything our man Dick has to offer. And if that doesn’t sound appealing — wow, not sure what I could say. Because YES. This is the stuff.