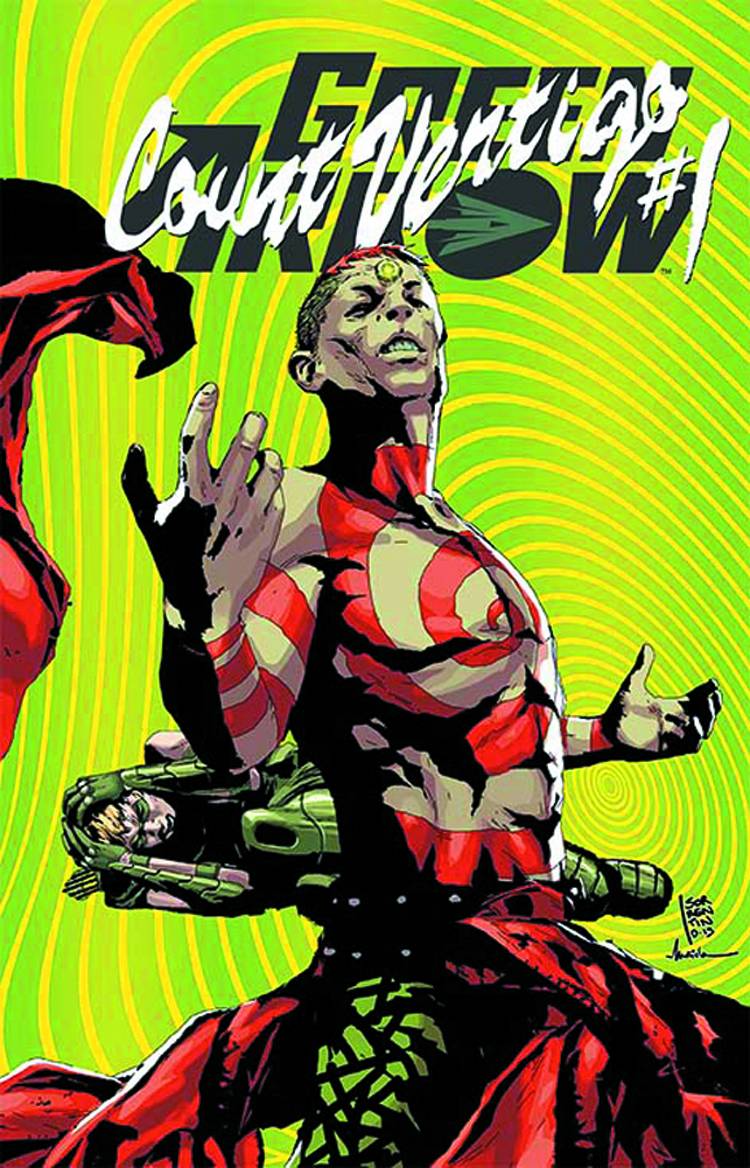 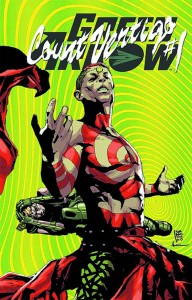 If this issue is any indication of the brutality Count Vertigo is willing to unleash at any second without a moment’s pause, then I am glad I am not Green Arrow. Lemire builds a past for Count Vertigo that is brutal and terrifying, explaining why he is the man he has become, and where his powers have come from. The creation of this individual is one of the darkest issues I have ever seen from Lemire, and one of the darker single issues I have read in the New 52. Vertigo’s past is cold and abusive, leading ultimately to him acquiring the powers he is set to unleash upon Green Arrow in the coming months. Lemire writes Vertigo’s interactions with his mother to be exceptionally dark and uncomfortable, with the verbal abuse smashing like a hammer into readers. There is little doubt what has driven this man to become a monster, though I did find several parts of the origin to be rather cliched. I have read (in somewhat less graphic detail) origins like this many times, with almost the exact same scenario created as the framework for a twisted evil to be built upon, which left the issue feeling hollow and unoriginal. Yes, Vertigo is a monster and we’ve seen a very clear path as to why, but by the end of the comic I know practically nothing that distinguishes Count Vertigo from any other abused-child-turned-villain. Considering the vast number of villains in comics that are born from abusive pasts, there needed to be an angle to the story that makes Vertigo more than just a stock killer to land the impact of this script. This may be built upon in future issues of Green Arrow and filled out more, but in this issue itself there is very little to make this origin Vertigo specific and anything different than many other generic super-hero serial killers.

Sorrentino’s artwork throughout the issue is gritty and pulls no punches. This is a stark story with extremely dark subject matter and Sorrentino does not hold back. He builds this stark world well and creates a place that is visually quite unnerving, disturbing, and twisted. The characters in this issue are sullen, tormented and broken, with little focus ever given to their eyes. At points several characters appear soulless because of this decision, and it works in the context of this issue. The colouring by Marcelo Maiolo adds a lot of visual punch, especially to panels where Vertigo is using his powers, and with respect to jumping around in time. The colours are stark and in some cases off-putting, driving home an almost queasy sense while reading the issue. This is a case where I argue the art outdoes the script, as Sorrentino sells the horror of this character in a very convincing way, but it can only lift this particular story up so much.

Lemire and Sorrentino successfully create a monster in Green Arrow #23.1, but at the end of the issue I found myself wanting much more than the generic story that was told. This is a story of brutality and abuse, but one that could be applied to any number of super villains with hardly any modifications. This reduced its impact significantly and left the issue feeling hollow despite some gut-wrenching artwork. This issue is not for the faint of heart, with some brutality and dark subject matter that is definitely not typical for superhero books in the DCU.