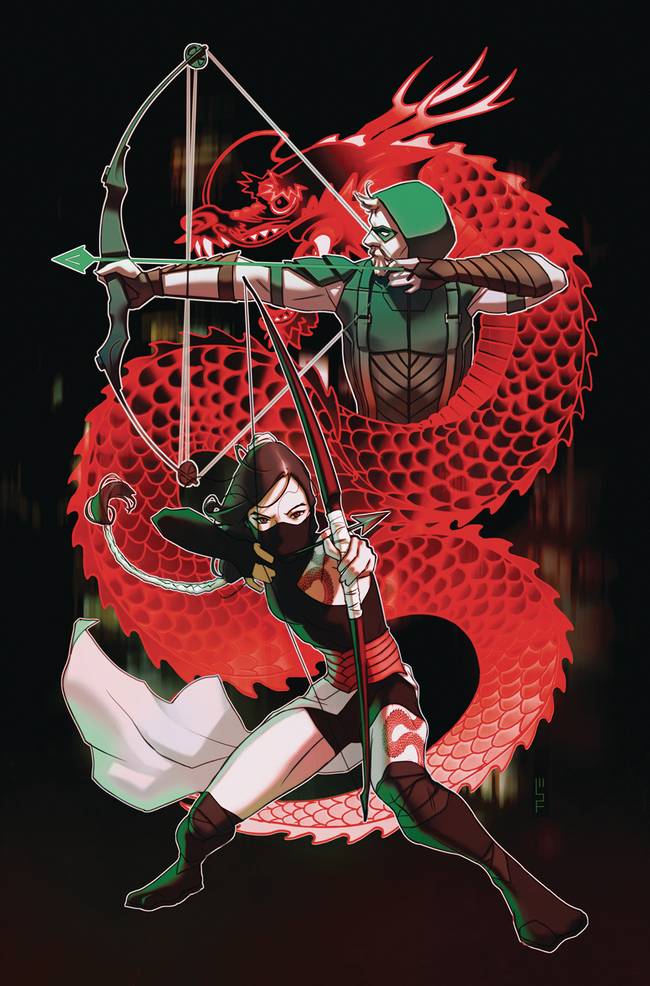 This one’s all Emi….and it’s one of the best issues in this series yet.

Green Arrow has been a gem in the Rebirth lineup, the strongest the title has been since Lemire and Sorrentino had their run with the character. A big part of that strength has been Percy’s take on Ollie’s supporting cast and what a prominent role they play in his life, identity and the storyline so far. This look at Emi’s last year and her orchestration of the downfall of The Ninth Circle gives readers a great look at what makes her tick and what a strong character Emiko is.

Her relationship with her mother is complex to say the least and the banter Percy writes between the pair is fantastic. He uses their relationship to juxtapose Emi & Ollie’s relationship nicely, strengthening the bond between the half-siblings and solidifying how critical it is for Ollie to have a strong supporting cast to work. I firmly believe it is Black Canary and Emiko who are making Oliver work in this volume of Green Arrow, and I’m just fine with that.

Byrne’s artwork is as solid as Percy’s writing, and both absolutely nail their characterization of Emi. Byrne deftly showcases how talented and dangerous Emi is, delivering some awesome action sequences and excelling at giving Emi a certain look in her eye that tells readers “shit’s gonna get real”. She’s got a constant level of attitude that backs up her skill, and the body language between Emi and her mother is amazing. Byrne’s colour work is also very strong, and I can say with certainty that this issue continues the fantastic trend of Green Arrow art started by Schmidt and Ferreyra. I’d love to see Byrne run wild with more of the DCU in the future, I was very impressed by this issue.

Green Arrow #6 is another great installment in what has been a fantastic series thus far. The focus on Emi fits perfectly with where the story has been going and doesn’t feel like a fill-in or one shot, and I’m very excited to see where this storyline goes next. Percy and Byrne execute a great issue here and if you haven’t tried Green Arrow since Rebirth started, you’re missing out on something special.