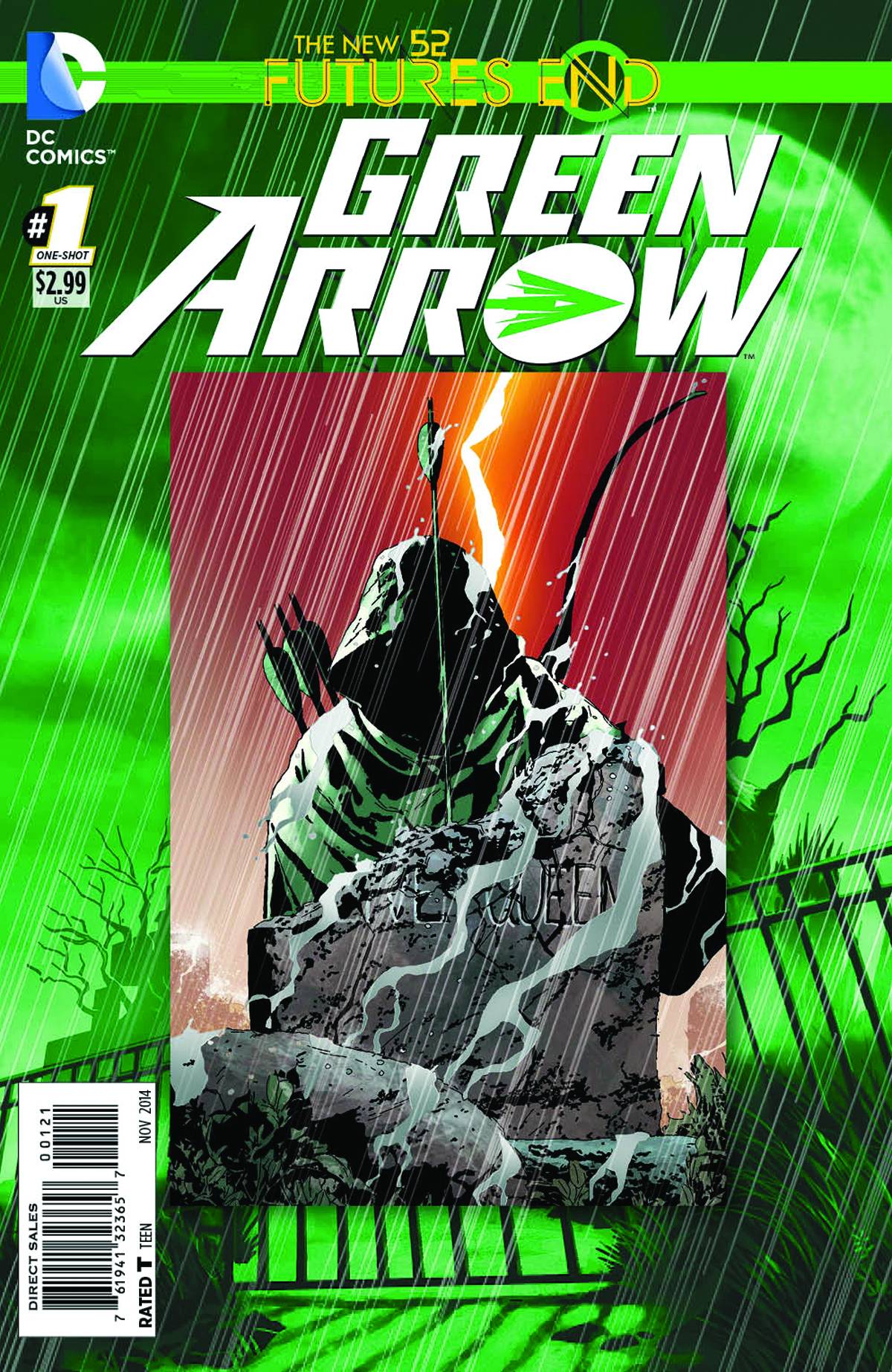 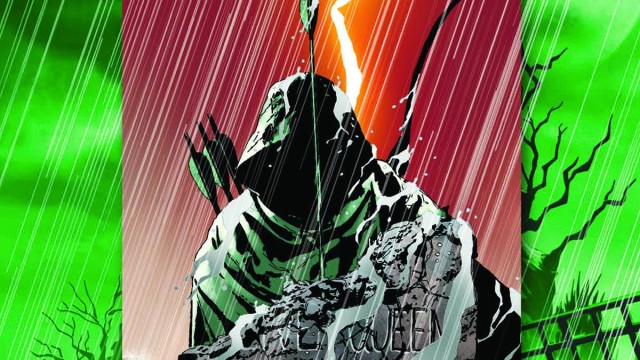 All good things must come to an end. But why do they have to get SO good first?

Green Arrow, under the pen of Jeff Lemire and pencil of Andrea Sorrentino, has been nothing short of a masterpiece of storytelling and art in the modern super-hero genre. The creative pair took a character all but unrecognizable at the start of the New 52, and in this final issue of their run, returned him right to where we left him. And yet it’s all different. And it all works.

Here we have an Oliver Queen who is weathered, equal parts social crusader and Errol Flynn, who has now surrounded himself with family and colleagues that support his desire to protect Seattle and the world. He is a man with a mission that’s greater than what one would expect a simple non-powered guy with a bow and arrow to take on. And yet, Lemire has developed Green Arrow to such an extent, that you can believe the five year gap — feel the time that’s passed and naturally fill in what has happened in the course of Ollie’s career.

Emiko, gone from annoying child to genuine heir to the Green Arrow mantle, is as much the focus as Ollie, both here and in subsequent stories coming in the weeks ahead in New 52: Futures End. Her transition too feels perfectly natural, and given how little we know of her, I’m not even sure how that was pulled off. But it was, and it makes the stakes clearer and even higher for what’s to come.

Quite frankly, I’m not sure I want to go back to the present day with Oliver and Emiko Queen, and that’s an enormous testament to the work done in this issue and all those leading into it. This IS the Oliver Queen of my youth, expertly returned to the page after three years. This IS an absolutely intriguing status quo, with Shado, Katana, Onyx, Magus, Butcher, Kodiak, and the new leader of the Spear Clan finally getting their Arrow Clan partner.

On one hand, I want to rally against this issue for its finality, but in the end, I can’t. For one, it’s simply gorgeous. The perfect conclusion to an uninterrupted run by artist Andrea Sorrentino, Green Arrow: Futures End #1 lives up to every moment that came before, giving readers the perfect package to lavish over for years on end. His attention to detail and ability to freeze-frame action in black/white caption boxes is as compelling as in his very first issue.

Ollie is himself, but older. Naomi is pitch perfect as Dart, the new version of Speedy for the Green Arrow of a new generation. Everything is as it should be, from the very first page title floating behind the mass of Vertigo acolytes, to the very final page as the sun sets on the Island one last time.

And more than all that, it’s clear the story isn’t over (and not just because the final page says so), as Jeff Lemire continues the legend of Green Arrow for many more months in the pages of Futures End. What will become of these characters after that? Who knows? But I’ll say this: it’s going to be hard going back five years come October. What we’re left with here is just too good to let go.